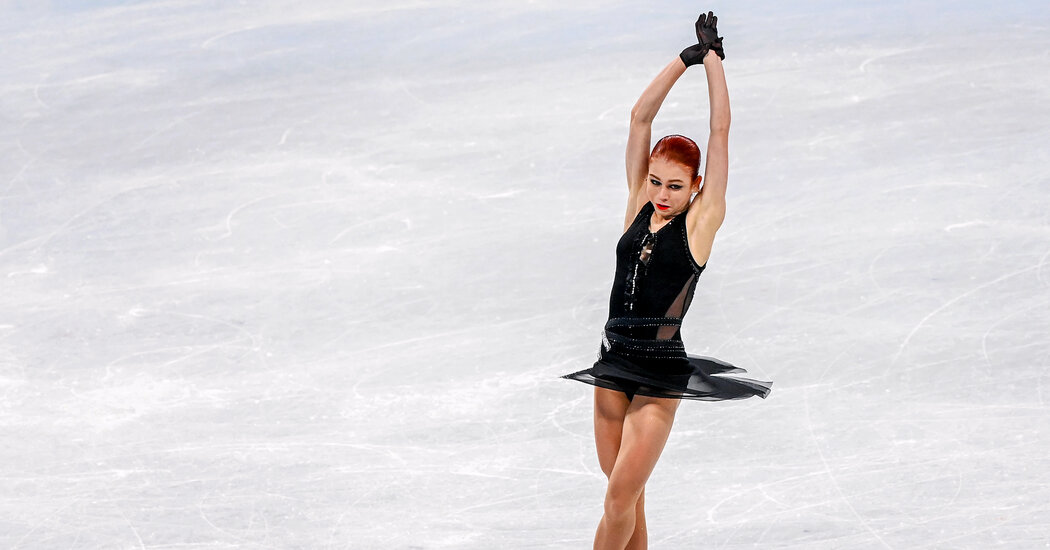 Alexandra Trusova, the 17-year-old Russian prodigy, won the free skate on Thursday after attempting five quadruple jumps in the most ambitious technical program in the history of women’s Olympic figure skating. But she had to settle for the silver medal and appeared extremely upset afterward. So what happened?

She began the free skate more than five points behind her training partner, Anna Shcherbakova, 17, the eventual gold medalist. Shcherbakova skated more conservatively in the short program, finishing second after performing a double axel instead of a triple and receiving no point deductions for imperfect jumps.

Also, skating involves more than jumping. The outcome rewards a complete performance. In addition to a technical score for jumps and spins, a skater receives a component score. This is essentially a score for artistry. The component score judges elements like skating skills; footwork and other transitional moves between jumps; the structure and unity of a program and the ability to translate the music and choreography into performance.

The technical score and component score are added to give the total score for skaters in the short program and again in the long program.

Jumping, not artistry, is Trusova’s strong suit. On Thursday, she received the highest technical score in winning the free skate but recorded only the third-highest component score, leaving some potentially decisive points on the table.

Finally, while Trusova attempted five quads in the free skate, she landed only three cleanly. Two others — a toe loop and lutz — received deductions from their base point values by the judges. Those quad deductions amounted to 3.43 points. Trusova received another slight deduction, of about half a point, for a flawed double axel-triple toe combination jump.

Shcherbakova attempted only two quads in the free skate but landed them both cleanly and received no point deductions for any technical elements in her routine.

All of these reasons, considered together, resulted in Shcherbakova’s gold medal and Trusova’s silver.

Afterward, Trusova was seen on camera saying, “I hate it! I don’t want to do anything in figure skating ever in my life! Everyone has a gold medal and I don’t.”

Later, her eyes red from crying, she told reporters, “I am not happy with the result. There is no happiness.”