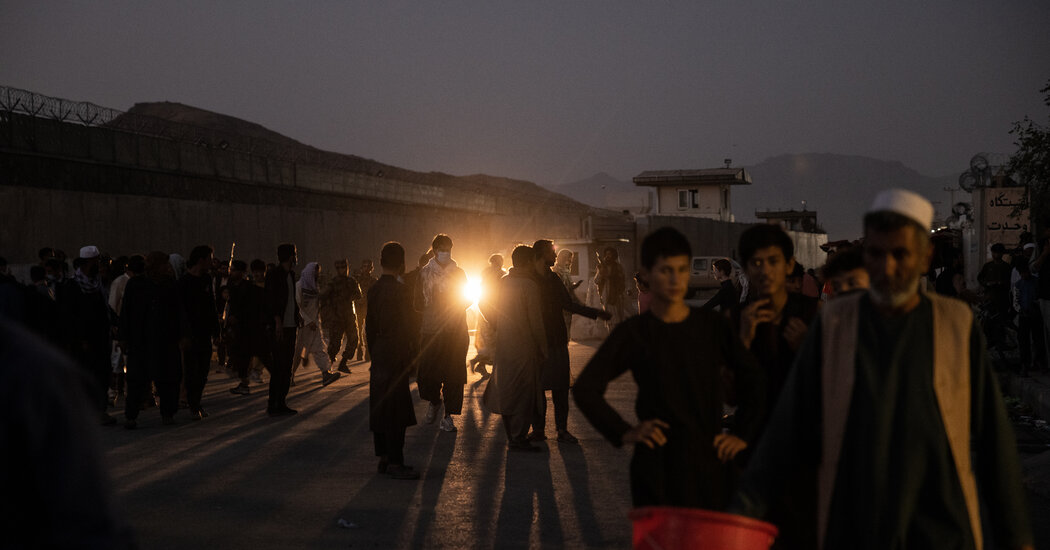 A controlled detonation by American forces that was heard throughout Kabul has destroyed Eagle Base, the final C.I.A. outpost outside the Kabul airport, U.S. officials said on Friday.

Blowing up the base was intended to ensure that any equipment or information left behind would not fall into the hands of the Taliban.

Eagle Base, first started early in the war at a former brick factory, had been used throughout the conflict. It grew from a small outpost to a sprawling center that was used to train the counterterrorism forces of Afghanistan’s intelligence agencies.

Those forces were some of the only ones to keep fighting as the government collapsed, according to current and former officials.

“They were an exceptional unit,” said Mick Mulroy, a former C.I.A. officer who served in Afghanistan. “They were one of the primary means the Afghan government has used to keep the Taliban at bay over the last 20 years. They were the last ones fighting, and they took heavy casualties.”

Local Afghans knew little about the base. The compound was extremely secure and designed to be all but impossible to penetrate. Walls reaching 10 feet high surrounded the site, and a thick metal gate slid open and shut quickly to allow cars inside.

Once inside, cars still had to clear three outer security checkpoints where the vehicles would be searched and documents would be screened before being allowed inside the base.

In the early years of the war, a junior C.I.A. officer was put in charge of the Salt Pit, a detention site near Eagle Base. There the officer ordered a prisoner, Gul Rahman, stripped of his clothing and shackled to a wall. He died of hypothermia. A C.I.A. board recommended disciplinary action but was overruled.

A former C.I.A. contractor said that leveling the base would have been no easy task. In addition to burning documents and crushing hard drives, sensitive equipment needed to be destroyed so it did not fall into the hands of the Taliban. Eagle Base, the former contractor said, was not like an embassy where documents could be quickly burned.

The base’s destruction had been planned and was not related to the huge explosion at the airport that killed an estimated 170 Afghans and 13 American service members. But the detonation, hours after the airport attack, alarmed many people in Kabul, who feared that it was another terrorist bombing.

The official American mission in Afghanistan to evacuate U.S. citizens and Afghan allies is set to end next Tuesday. The Taliban have said that the evacuation effort must not be prolonged, and Biden administration officials say that continuing past that date would significantly increase the risks to both Afghans and U.S. troops.