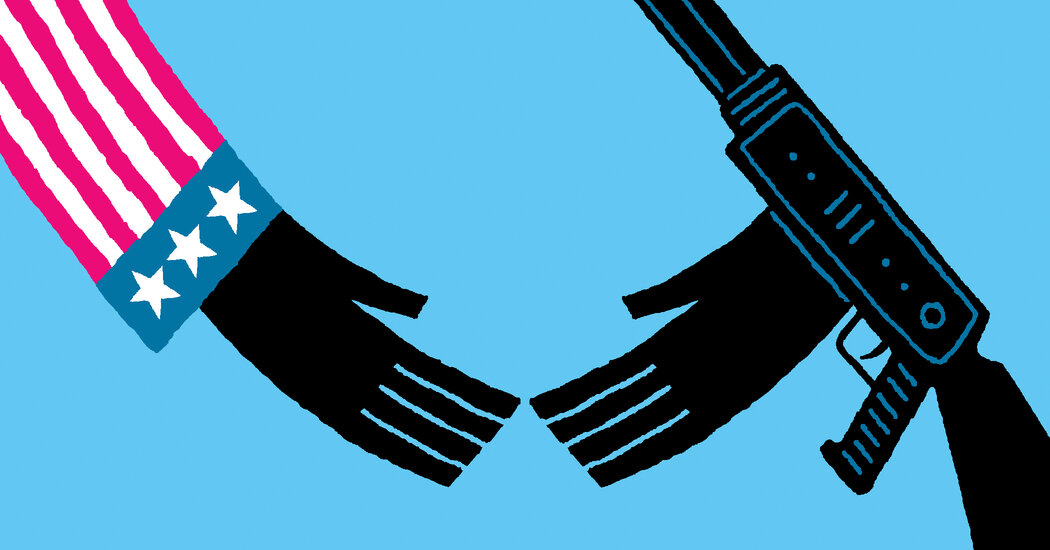 Believing you’re uniquely capable of bending things to your will is practically a requirement for becoming president of the United States. But too often, in pursuit of such influence over foreign policy, presidents overemphasize the importance of personal diplomacy. Relationships among leaders can build trust — or destroy it — but presidents often overrate their ability to steer both allies and adversaries.

Ronald Reagan and Mikhail Gorbachev had built such a solid relationship that during the Reykjavik summit most of Reagan’s administration worried he would agree to an unverifiable elimination of nuclear weapons. Bill Clinton believed his personal diplomacy could deliver Palestinian statehood and Russian acceptance of NATO expansion. George W. Bush believed he looked into Vladimir Putin’s eyes and saw his soul, and Barack Obama believed he could persuade Mr. Putin it wasn’t in Russia’s interests to determine the outcome of the war in Syria.

But in both hubris and folly, none come close to matching Donald Trump. For someone who prided himself on his abilities as a deal maker and displayed an “I alone can fix it” arrogance, the agreement he made with the Taliban is one of the most disgraceful diplomatic bargains on record. Coupled with President Biden’s mistakes in continuing the policy and botching its execution, the deal has now led to tragic consequences for Americans and our allies in Kabul.

Mr. Trump’s handling of Afghanistan is an object lesson for why presidents of both parties need to be better constrained by Congress and the public in their conduct of foreign policy.

Mr. Trump never believed Afghanistan was worth fighting for: As early as 2011, he advocated its abandonment. Once in office, his early infatuation with “my generals” gave the Pentagon latitude to dissuade the president from exactly the kind of rush to the exits we’re now seeing in Afghanistan. Mr. Trump wanted to abandon the war in Afghanistan, but he understood atavistically that it would damage him politically to have a terrorist attack or a Saigon comparison attached to his policy choices.

Thus the impetus for a negotiated settlement. The problem with Mr. Trump’s Taliban deal wasn’t that the administration turned to diplomacy. That was a sensible avenue out of the policy constraints. The problem was that the strongest state in the international order let itself be swindled by a terrorist organization. Because we so clearly wanted out of Afghanistan, we agreed to disreputable terms, and then proceeded to pretend that the Taliban were meeting even those.

Mr. Trump agreed to withdraw all coalition forces from Afghanistan in 14 months, end all military and contractor support to Afghan security forces and cease “intervening in its domestic affairs.” He forced the Afghan government to release 5,000 Taliban fighters and relax economic sanctions. He agreed that the Taliban could continue to commit violence against the government we were there to support, against innocent people and against those who’d assisted our efforts to keep Americans safe. All the Taliban had to do was say they would stop targeting U.S. or coalition forces, not permit Al Qaeda and other terrorist organizations to use Afghan territory to threaten U.S. security and subsequently hold negotiations with the Afghan government.

Not only did the agreement have no inspection or enforcement mechanisms, but despite Mr. Trump’s claim that “If bad things happen, we’ll go back with a force like no one’s ever seen,” the administration made no attempt to enforce its terms. Trump’s own former national security adviser called it “a surrender agreement.”

Mr. Trump and his supporters clearly considered the deal a great success — until just days ago, the Republican National Committee had a web page heralding the success of Mr. Trump’s “historic peace agreement.” Really, the Trump administration’s deal with the Taliban deserves opprobrium even greater than what it heaped on the Iran nuclear deal struck by the Obama administration.

Mr. Trump wasn’t unique among American presidents in the grandiose belief that he alone could somehow change behaviors of our enemies and adversaries. Ever since Theodore Roosevelt brought an end to the Russo-Japanese war and won the Nobel Peace Prize, most American presidents have found irresistible the siren call of personal diplomacy.

Instead of banking on other countries being charmed or persuaded that American leaders know their interests better than they do, presidents should return to the practice of persuading their fellow Americans of the merits of agreements with foreign powers. Congress can begin by reasserting its role in diplomacy and requiring specific authorizations for the use of military force rather than continuing to acquiesce to claims that existing executive authorizations can be endlessly expanded. It should refuse the shifting of funds previously authorized and appropriated for other purposes (Mr. Trump made such shifts to construct the border wall). It should reject foreign policy changes enacted by executive order rather than congressional approval, and it should force the Supreme Court to clarify the extent of the president’s war powers.

Agreements with foreign powers, whether states, international institutions or organizations like the Taliban, should be submitted to Congress for a vote. The best way to prevent catastrophic foreign policy mistakes is to require the 535 representatives of the American people to put their jobs on the line, become informed, and support, reject or modify a president’s program. Congress tried to slow or block Mr. Trump’s planned drawdown of U.S. forces. Members who supported the Taliban deal should be explaining why they thought the outcome would be different than the tragedy unfolding in Afghanistan now. Apathy and unaccountability are the real enemies of good foreign policy. Presidents get around oversight by offering unilateral policy actions or claiming international agreements aren’t formal treaties. Congress shouldn’t let a president from either party get away with that.

Addressing foreign agreements as stand-alone votes would raise the profile and stakes even more. Supporting Mr. Trump’s Taliban agreement would have been — and should have been — a tough vote. There are reasonable arguments on the side of continuing the war and on the side of concluding it. America would be more secure today if Congress exerted its prerogatives more forcefully — both when Mr. Trump agreed to the Taliban deal, and when Mr. Biden continued it.

These are not partisan issues. They get at the heart of the constitutional separation of powers, a division that makes America strong and resilient. Restraining presidential fiat may mean that some foreign policy opportunities are missed, that some deals will remain out of reach. But it also insulates the president, and the American public, against bad deals by allowing for greater public scrutiny and oversight. As the debacle in Afghanistan shows, closer evaluation of Mr. Trump’s Taliban deal and of Mr. Biden’s withdrawal plans would have been preferable to the tragedy now unfolding.

Kori Schake worked for the National Security Council and as a deputy director of policy planning at the State Department during George W. Bush’s administration. She is the director of foreign and defense policy studies at the American Enterprise Institute.

The Times is committed to publishing a diversity of letters to the editor. We’d like to hear what you think about this or any of our articles. Here are some tips. And here’s our email: letters@nytimes.com.