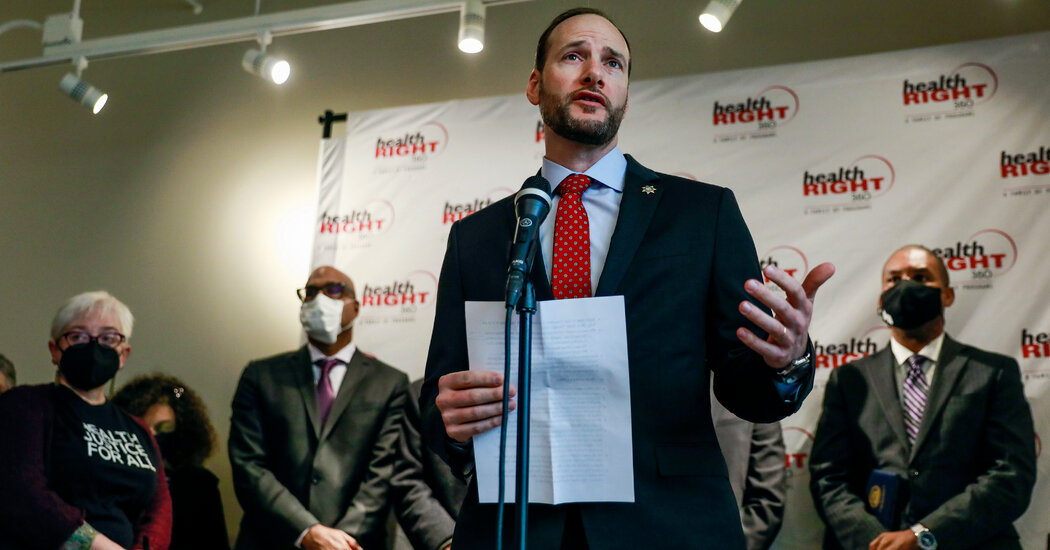 The San Francisco police are using DNA samples collected from sexual assault victims to identify them as possible suspects in other crimes, the city’s district attorney said this week, adding that he would encourage legislation to ban the practice.

The victims of sexual assault whose DNA samples are used in this way “are being treated like criminals,” the district attorney, Chesa Boudin, said in a statement on Monday. “This practice treats victims like evidence, not human beings. This is legally and ethically wrong.”

Aides to Mr. Boudin said the office learned of the practice last week when the Police Department identified a woman who was recently arrested on a felony property crime charge based on DNA samples that she had given earlier when she reported that she had been sexually assaulted. Her DNA had been collected by investigators in order to identify her attacker.

Rachel Marshall, a spokeswoman for the district attorney’s office, said in an email on Wednesday that the office had dropped charges in the case, citing a violation of the Fourth Amendment, which protects people from unreasonable searches and seizures by the government.

The practice of using DNA from a rape kit to possibly identify the victim as a potential suspect in another matter is apparently widespread, according to Kate Chatfield, chief of staff to Mr. Boudin, who is the subject of a recall effort, testing the public’s willingness to support progressive district attorneys amid headlines of rising crime. She said that using DNA from rape kits in this way might date back to 2015, when crime databases in the region were revamped.

After speaking with the director of the San Francisco Police Department’s crime lab, Ms. Chatfield concluded: “This is a standard operating procedure in the field. So we don’t think that this practice is necessarily limited to San Francisco.”

Chief William Scott of the San Francisco Police Department said in a statement on Monday that although he had been told that the suspect in the case in question had not been identified through a rape kit, “the questions raised by our district attorney today are sufficiently concerning” that he had asked his staff to look into the matter.

“If it’s true that DNA collected from a rape or sexual assault victim has been used by S.F.P.D. to identify and apprehend that person as a suspect in another crime, I’m committed to ending the practice,” Chief Scott said. He also said, “We must never create disincentives for crime victims to cooperate with police.”

He also emphasized that the department’s “existing DNA collection policies have been legally vetted and conform with state and national forensic standards.”

When asked if they use rape kits the way the San Francisco district attorney had complained about, Jeffrey F. Rosen, the district attorney in Santa Clara County, Calif., wrote in an email, “We absolutely do not.” And Jodi Silva, a spokeswoman for the Houston Police Department, said, “Wow,” adding that she was not aware of this being done at the department.

The Los Angeles Police Department said in a statement on Tuesday that it “does not and has never used” DNA from a sex assault victim to compare against that of a suspect from an unrelated crime.

Mr. Boudin said that he was encouraging local and state legislators to introduce legislation to end this practice in California. “We should encourage survivors to come forward — not collect evidence to use against them in the future,” he said.

Advocates for rape victims bristled at the possibility that evidence used to catch attackers could actually be used against the victims.

“Rape survivors do not give law enforcement a blanket waiver of their rights to not self-incriminate,” Paméla M. Tate, co-executive director of Black Women Revolt Against Domestic Violence, said in a statement released by the district attorney’s office. “This type of misrepresentation will have a chilling effect to Black women and women of color in reporting crimes of sexual assault.”

Camille Cooper, vice president of public policy at RAINN (Rape, Abuse & Incest National Network), said in a statement that the practice described by Mr. Boudin was “horrifying and an egregious violation of the survivor’s privacy” as well as “indefensible.”

“Survivors who undergo rape kit exams,” she went on to say, “have consented to the collection of their DNA for a very specific purpose: to catch the person who raped them.”