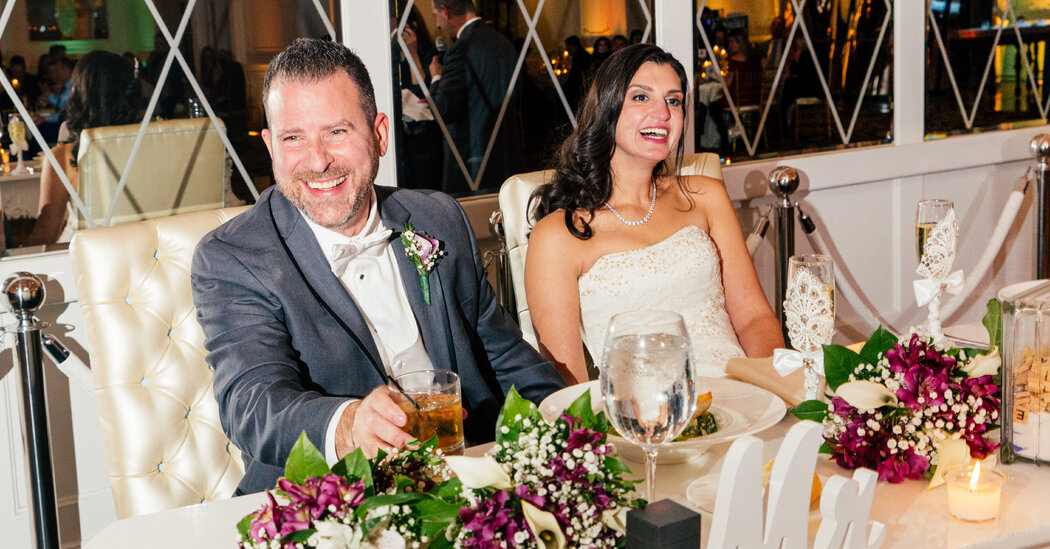 Around that time, Mr. Winick had begun to write a blog called “30 Days of Mindfulness.” After drafting entries, he would send them to Ms. Vance for editing before he posted them. The blog became the basis for his second book, “The Plausible Path to the New Possibility,” self-published in February 2017, and a motivational speaking course the two started offering later that spring.

By the fall of 2017, Mr. Winick and Ms. Vance had turned a romantic corner. On Oct. 28, 2017, the pair donned their Batgirl and Batman costumes for their first date, which Ms. Vance said began with a kiss that made her know she had found someone special in Mr. Winick.

“Those costumes definitely gave us a psychological boost at that time,” Ms. Vance said. “That night we had such a great time, which seemed like a sign of better things to come.”

After getting to know one another as friends, each understood the other needed time to ease into a new relationship. Ms. Vance’s divorce became finalized in June 2018, and that Thanksgiving, more than a year after their first date, she introduced Mr. Winick to her children, Nicholas, now 11, Sophia, now 10, and Braden, who goes by Brady, now 7. From then, the two began to date more frequently.

With Ms. Vance’s help, Mr. Winick self-published another book, “A Poker Story,” in May 2020. Months later, on Oct. 20, 2020, they became engaged when he surprised her with a proposal in the form of a guitar performance.

“He made a parody to Kenny Rogers’s ‘The Gambler’ on the spot,” she said. “He ended it with the line, ‘And then he bought her a ring and he’s gonna give it to her right now.’”