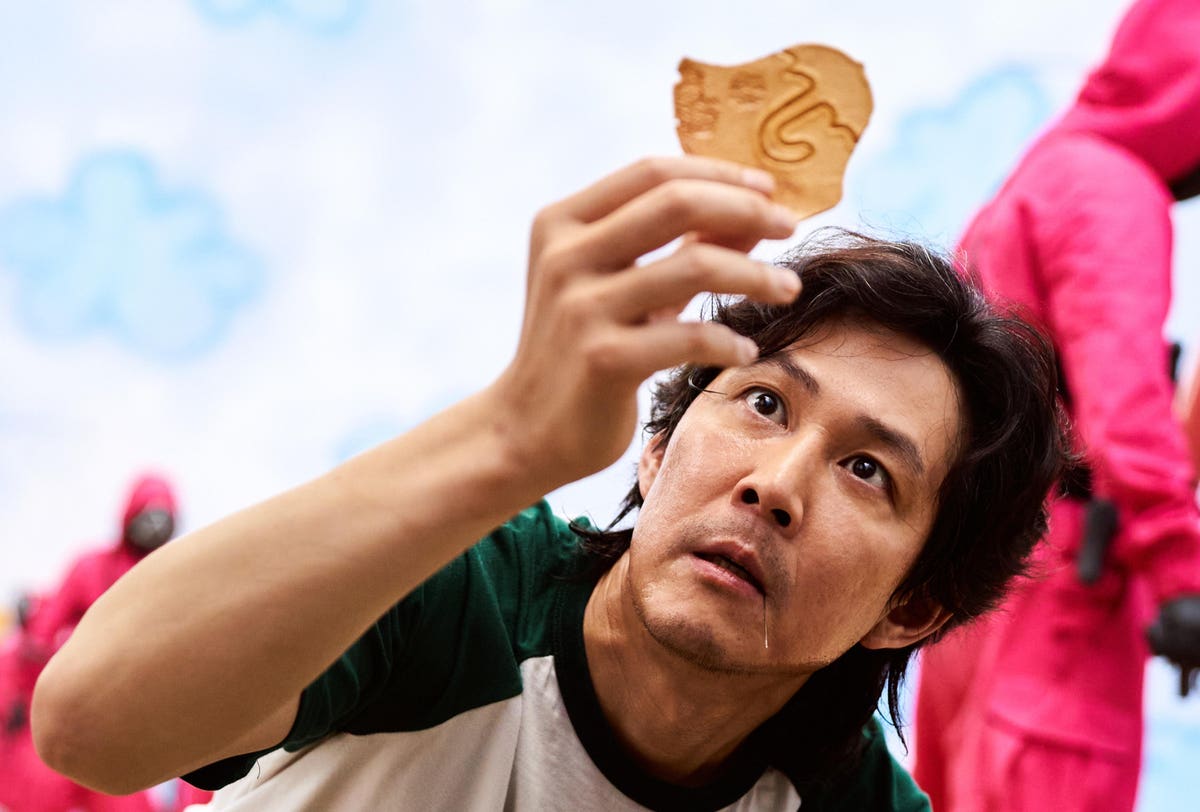 It’s not surprising that Squid Game has proved to be one of Netflix’s biggest hits; the highs and excruciating lows of the game have proved strangely relatable to audiences.

It goes without saying that Squid Game is anti-capitalist satire, a version of The Hunger Games where the players choose to participate. It is this choice that sets Squid Game apart from similar stories.

The premise of Squid Game is simple – a group of people who are drowning in debt, with nothing left to lose, are offered the “opportunity” to risk their lives for an obscene amount of prize money. The players are chosen by a recruiter who ritualistically humiliates them, ensuring that they are desperate enough to participate.

Simply placing a group of strangers together in a series of life-or-death challenges is a compelling enough concept to carry a series, and Squid Game has a fantastic cast of ruthless strategists, unexpected heroes, deceitful introverts, and unhinged criminals, all played perfectly by their respective actors.

These contrasting personalities share only one thing in common; a willingness to do whatever it takes to win. As the games grow more twisted, the sunk cost fallacy sinks in, as the players become increasingly depraved, willing to continue down the road of murder and madness, lest it all be for nothing.

One of the most unexpected plot twists comes early on, in the second episode, when the group votes to exit the game, and are allowed to walk free. It’s an understandable reaction to the horror of the first game, which ends in mass slaughter.

However, once the prize money is revealed, stacks of bills piled inside a shiny golden pig, their sense of self-preservation fades away. Money, it seems, is the only mind-altering substance that could make these people tolerate such violence and depravity.

Although the vote is almost evenly split (it passes by a single vote), the players return to their mundane reality, where they are reminded that a life spent drowning in debt, frantically struggling to keep one’s head above water, isn’t particularly different from the deadly games.

At least participating in the games provides a real opportunity to get rich – ordinary life promises only drudgery, hardship, and ever-accumulating debt.

Hence, the players actually want to return to the dystopian playground, a deadly casino coated in candy pink and blue, where the trigger-happy guards have no face, no personality, and seemingly, no soul. And it’s all for the amusement of a small group of billionaires, numbed to a life of excess, who view poverty as an opportunity, human misery as mere entertainment.

It’s not a subtle metaphor, and yet, it is effective; once the players accept the conditions of the game, they change. A bloody betrayal becomes a business transaction – morality has no meaning or value when everyone’s lives are on the line, and only one can emerge alive.

Love and friendship simply cannot survive in this environment, as the incentives change by the day; the tug of war rewards teamwork, while a game of marbles brutally punishes the players for caring for one another.

Every interaction becomes a calculation, every life saved an investment, as is every throat cut. The protagonist, Seung Gi-hun (Lee Jung-jae), is introduced as a lazy loser who has failed to live up to his responsibilities – he’s an absent father, whose elderly mother pays the bills, while he gambles her money away.

In the games, however, Seung Gi-hun is one of the few players who actually values human life and friendship. He is forgiving, empathetic, and self-sacrificing, in stark contrast to the cold, calculating nature of his fellow players.

He shouldn’t win, really (indeed, the game ends up being rigged in his favor, to some degree, as his elderly father figure is later revealed to be one of the masterminds behind the games).

After Seung Gi-hun emerges victorious, with millions of dollars to spend, he finds that his mother has passed away in his absence; his newfound fortune can do anything, except bring her back. The pursuit of money has taken everything from Seung Gi-hun – all he can do is strengthen the family relationships that remain.

The marketplace and the games, both engineered by distant, faceless billionaires, dehumanize and humiliate their participants, eroding human relationships, turning simple acts of kindness into costly, self-destructive endeavors.

Squid Game’s metaphor proves particularly timely during the pandemic, where workers are quite literally risking their lives, simply by showing up to the workplace.

Seung Gi-hun’s story ends somewhat ambiguously; he can’t seem to forget his trauma, and seems set on pursuing the billionaires that oversee the games, even though he could choose to spend his time with his daughter.

Has the game tainted Seung Gi-hun forever? The audience is left to decide.

But we are left pondering the choice the players made in that second episode, and whether it was really a choice at all.