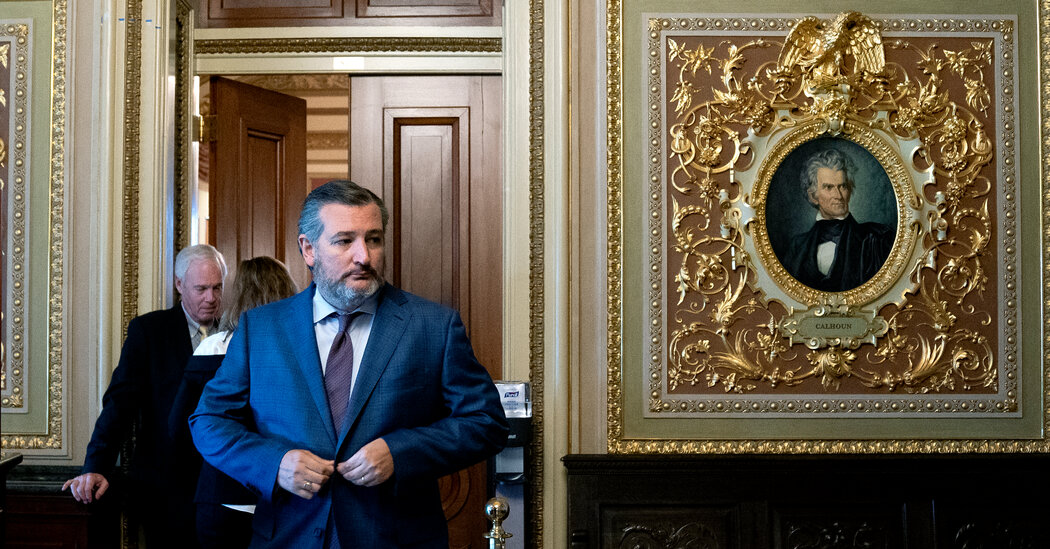 Mr. Cruz is not the only reason nearly every foreign ambassadorship and many other State Department positions remain unfilled: The Biden White House was notoriously slow to begin offering foreign policy nominations, exasperating even its Democratic allies.

But unless Mr. Cruz backs down, it could be months before Mr. Biden has his picks in capitals like Beijing, Jerusalem, Cairo and Berlin, and in important policymaking positions at the State Department and the U.S. Agency for International Development.

A minor breakthrough came at the end of September, after Senator Chuck Schumer of New York, the majority leader, saying he would “take the long way,” cleared several hours on the Senate floor to advance some of the State Department nominees. Six were confirmed this past week, most by wide margins, including assistant secretaries of state for European, African, and East Asian and Pacific affairs. But many dozens are still waiting.

State Department officials say the shortage of confirmed senior personnel is straining their ability to conduct diplomacy. They point to the example of Bonnie Jenkins, who was officially nominated in March to be the State Department’s top arms control officer but not confirmed until July 21 — just a few days before she departed for strategic arms talks with the Russians in Geneva.

Mr. Cruz and other Republicans say a 2017 law — the Countering America’s Adversaries Through Sanctions Act, devised to force a reluctant President Donald J. Trump to impose sanctions on Moscow — requires Mr. Biden to penalize Nord Stream 2 AG, the company in charge of the pipeline project, which is a subsidiary of the majority state-owned Russian energy company Gazprom. They say an administration report finding that the company facilitated “deceptive” transactions should trigger the 2017 measure.

Mr. Cruz’s allies say he felt misled by early statements from Mr. Blinken suggesting he would work to stop the Nord Stream project, which helped persuade Mr. Cruz to lift earlier holds on nominees, including Mr. Biden’s pick for director of the C.I.A., William J. Burns.

“This is not something he does lightly or with relish. This is just something he is deeply, deeply concerned about,” said Victoria Coates, a former national security aide to Mr. Cruz who also worked in the Trump White House. “He feels like they lied to him, and they are not understanding how serious this is.”