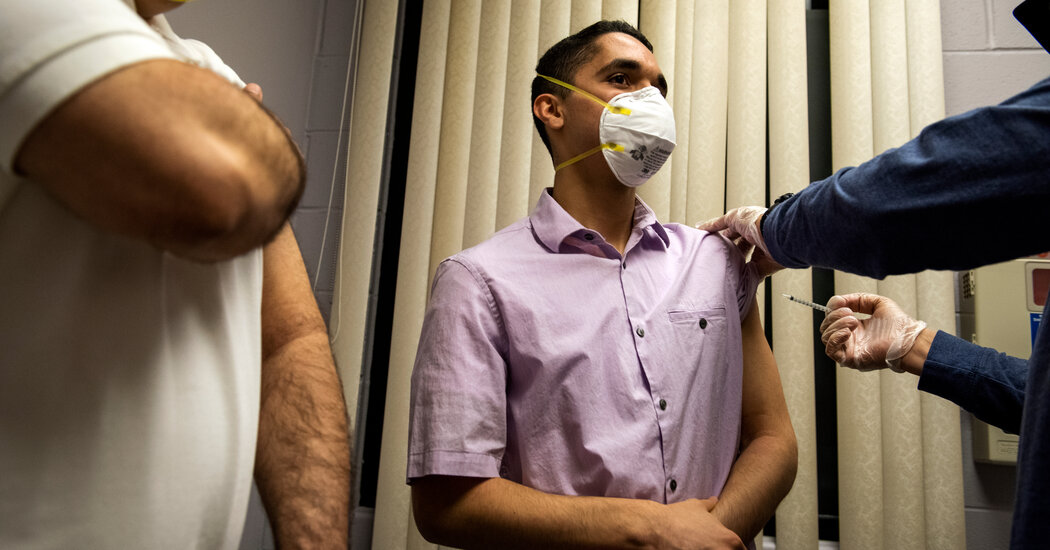 Males between 16 and 29 years of age have an increased risk of developing heart problems after receiving a second dose of coronavirus vaccines made by Pfizer-BioNtech or Moderna, according to a large new analysis published on Wednesday in the New England Journal of Medicine.

The study, conducted in Israel, estimated that nearly 11 of every 100,000 males in that age group developed myocarditis, inflammation of the heart, a few days after having been fully vaccinated. That figure is higher than most earlier estimates.

Boys between 16 and 19 years of age had the highest incidence of myocarditis after the second dose, according to a second study in the journal. The risk of heart problems in boys of that age was about nine times higher than in unvaccinated boys of the same age.

The absolute risk is still very small, and the condition temporary. And studies have shown that Covid-19 is much more likely to cause heart problems compared with vaccination.

Based on data available in June, advisers to the Centers for Disease Control and Prevention unanimously voted to recommend the vaccine, saying the benefits far outweighed the risk. For every million vaccinated boys ages 12 to 17, the shots might cause a maximum of 70 myocarditis cases, but would prevent 5,700 infections, 215 hospitalizations and two deaths, the agency has estimated.

Myocarditis is among the concerns that may have led the Food and Drug Administration to ask Pfizer-BioNTech and Moderna to enroll more children in their vaccine trials. Potential side effects are likely to dominate the discussion when agency advisers meet next week to review the evidence for a vaccine in children aged 5 to 11 years.

One of the new studies looked at data from 2.5 million vaccinated members of Israel’s largest health care network who were aged 16 years or above. The researchers identified 54 cases of myocarditis, and deemed 41 of them to be mild. About 70 percent of the myocarditis cases were observed after the second dose.

One case was severe enough to require ventilation. One patient with a history of heart disease died of an unknown cause soon after being discharged from the hospital. Of the 14 patients who showed heart abnormalities when they were admitted to the hospital, 10 still had some signs of problems when they were discharged.

But when the patients were examined again a few weeks later, all five of those for whom results were available appeared to have fully recovered.

Across all age groups and sexes, the overall incidence was just over two cases per 100,000 people, the study found. But when the researchers analyzed the results by age and sex, they found the highest incidence among males 16 to 29 years. The risk in females of every age was negligible.