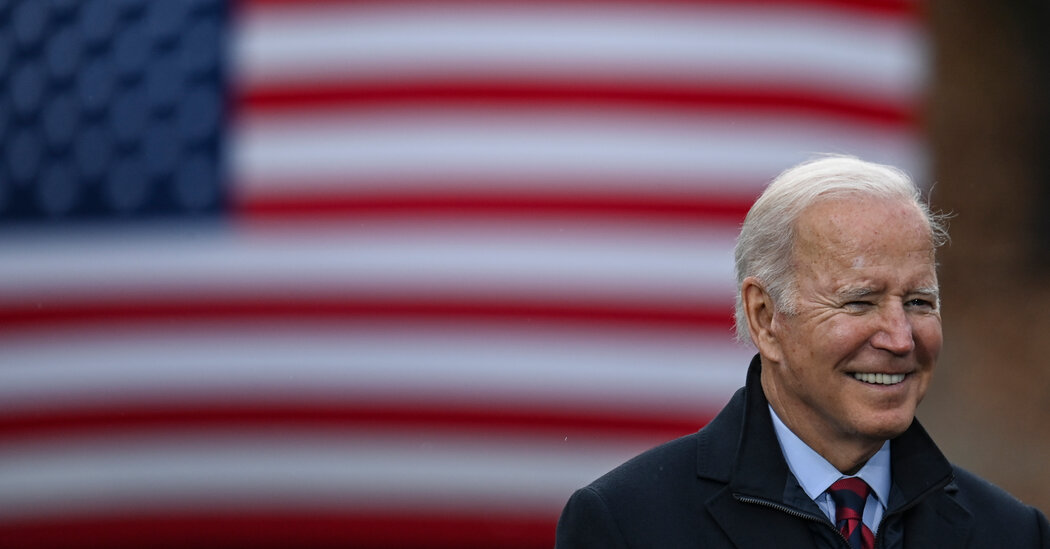 Joe Biden came to the White House at a pivotal moment in American history. We had become a country dividing into two nations, one highly educated and affluent and the other left behind. The economic gaps further inflamed cultural and social gaps, creating an atmosphere of intense polarization, cultural hostility, alienation, bitterness and resentment.

As president, Biden had mostly economic levers to try to bridge this cold civil war. He championed three gigantic pieces of legislation to create a more equal, more just and more united society: the Covid stimulus bill, the infrastructure bill and what became Build Back Better, to invest in human infrastructure.

All of these bills were written to funnel money to the parts of the country that were less educated, less affluent, left behind. Adam Hersh, a visiting economist at the Economic Policy Institute, projects that more than 80 percent of the new jobs created by the infrastructure plan will not require a college degree.

These gigantic proposals were bold endeavors. Some thought them too bold. Economist Larry Summers thought the stimulus package, for example, was too big. It could overstimulate the economy and lead to inflation.

Larry is one of the most intelligent people I’ve ever known and someone I really admire. If I were an economist, I might have agreed with him. But I’m a journalist with a sociological bent. For over a decade I have been covering a country that was economically, socially and morally coming apart. I figured one way to reverse that was to turbocharge the economy and create white-hot labor markets that would lift wages at the bottom. If inflation was a byproduct, so be it. The trade-off is worth it to prevent a national rupture.

The Biden $1.9 trillion stimulus package passed and has been tremendously successful. It heated the overall economy. The Conference Board projects that real G.D.P. growth will be about 5 percent this quarter. The unemployment rate is falling. Retail sales are surging. About two-thirds of Americans feel their household’s financial situation is good.

But the best part is that the benefits are flowing to those down the educational and income ladder. In just the first month of payments, the expanded child tax credit piece of the stimulus bill kept three million American children out of poverty. Pay for hourly workers in the leisure and hospitality sector jumped 13 percent in August compared to the previous year. By June, there were more nonfarm job openings than there had been at any other time in American history. Workers have tremendous power these days.

The infrastructure bill Biden just signed will boost American productivity for years to come. As Ellen Zentner of Morgan Stanley told The Economist recently, it’s a rule of thumb that an extra $100 billion in annual infrastructure spending could increase growth by roughly a tenth of a percentage point — which is significant in an economy the size of ours. Federal infrastructure spending will be almost as large a share of annual GDP as the average level during Franklin Roosevelt’s New Deal.

But Summers was right. The stimulus — along with all the supply chain and labor shortage disruptions that are inevitable when coming out of a pandemic — has boosted inflation. In addition, Americans are exhausted by a pandemic that seems to never end.

And they are taking it out on Democrats. A recent ABC News/Washington Post poll revealed that voters now prefer Republican congressional candidates in their own districts by 51 percent to 41 percent. That’s the largest G.O.P. lead since this poll started asking the question, 40 years ago.

If presidencies were judged by short-term popularity, the Biden effort would look pretty bad. But that’s a terrible measure. First-term presidents almost always see their party get hammered in the midterm after their inauguration. That’s especially true if the president achieved big things. Michigan State political scientist Matt Grossmann looked at House popular vote trends since 1953. Often when presidents succeeded in passing major legislation — Republicans as well as Democrats — voters swung against the president’s party. Look, just to take a recent example, at how Obamacare preceded a Democratic shellacking in 2010. People distrust change. Success mobilizes opposition. It’s often only in retrospect that these policies become popular and even sacred.

Presidents are judged by history, not the distraction and exhaustion of the moment. Did the person in the Oval Office address the core problem of the moment? The Biden administration passes that test. Sure, there have been failures — the shameful Afghanistan withdrawal, failing to renounce the excesses of the cultural left. But this administration will be judged by whether it reduced inequality, spread opportunity, created the material basis for greater national unity.

It is doing that.

My fear is not that Democrats lose the midterms — it will have totally been worth it. My fear is that Democrats in Congress will make fantastic policies like the expanded child tax credit temporary to make budget numbers look good. If they do that the coming Republican majorities will simply let these policies expire.

If that happens then all this will have been in vain. The Democrats will have squandered what has truly been a set of historic accomplishments. Voters may judge Democrats harshly next November, but if they act with strength, history will judge them well.