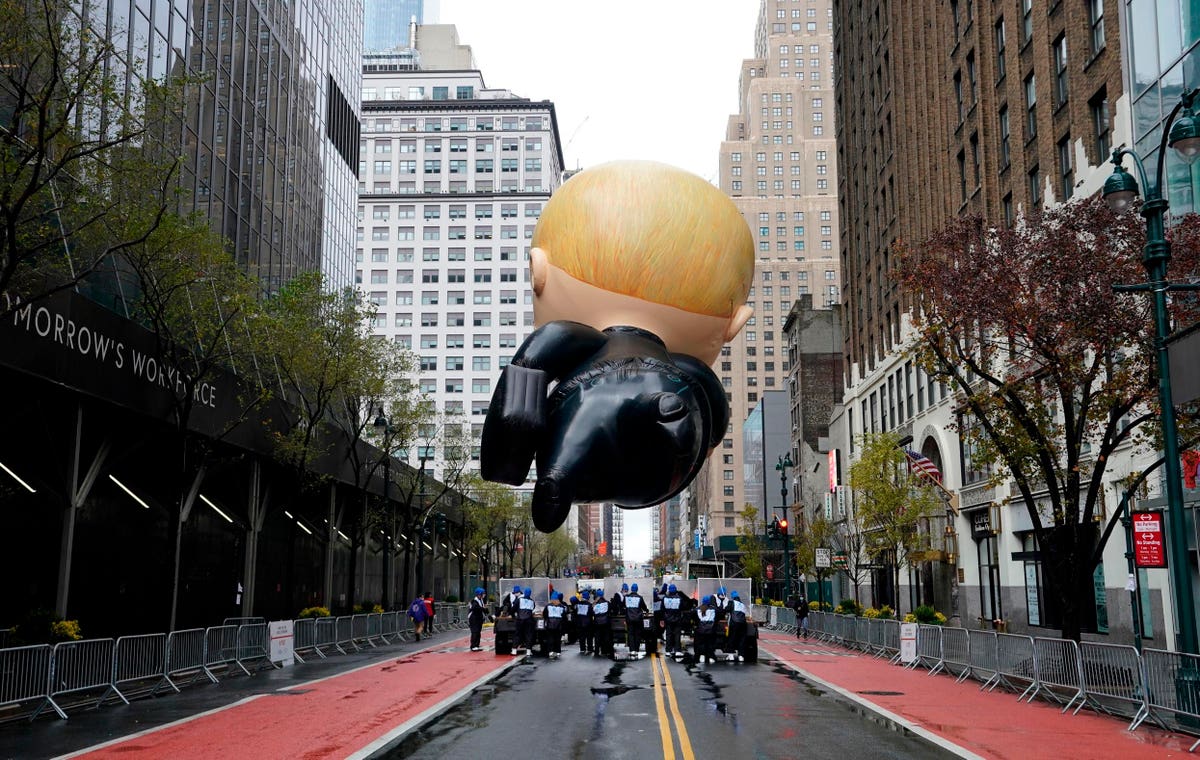 Jeff Gennette, CEO of department store group Macy’s , had every reason to look pleased with himself as he beamed down – literally and metaphorically – on an in-person London audience this week at the World Retail Congress London Summit.

A business to which the word “struggling” has seemed permanently pre-attached has just had its rating upgraded by analyst S&P, announced the return of its world-famous Macy’s Thanksgiving Day Parade and turned in some pretty healthy Q2 figures.

A near-40-year veteran of the group and chair and CEO since March 2017, Gennette has been spearheading the company’s Polaris turnaround strategy, which he recently told analysts is back on track after COVID-19 side-swiped its plans and prompted the company to take on more than $1 billion in new debt as a buffer.

The positive news is that Macy’s is returning to pre-pandemic levels, the not-so-good-news is that its pre-pandemic performance was hardly sparkling, which is why its focus on digital, new brick-and-mortar formats, off-price and broadening its assortment is crucial.

Broadcast back to London this week, Gennette was confident that the pivot in the business is starting to show dividends. “The past 18 months, our strategy has been tested profoundly but has proven robust. There has been a massive shift to digital and digital penetration has forever changed. There has been a shift in the relationship between online and offline,” he said.

The pandemic has also created opportunities and prompted Macy’s to return to and expand categories that it had largely abandoned. Testing and trialling has been the order of the day.

“As a department store we have a fertile place to play and what we have seen is the need to widen assortment,” said Gennette. “For example, we have really expanded categories such as furniture and equipment for the home office and our home fitness offer.”

Digital At Heart Of Macy’s Recovery

But the real emphasis has been digital. Macy’s has used the forced closure of its stores during lockdown to try and join up its omni-channel offer and Gennette said that the focus has been on using data and analytics to not only retain its existing customer base but also, and vitally, to attract new customers.

“Macy’s Inc. has emerged as a healthier business and our task is to reshape our [store] footprint to ensure that we meet people where and how they want to shop. In all, 75% of our customers shop across channels and we need to ensure that we offer the breadth of the product and are digitally led,” he said. “The customer has money to spend and is confident. Our job is to look at unlocking opportunities and to make sure that we are really relevant to the under 40s, which is a demographic that is increasingly diverse.”

Keeping up with comparables may become increasingly tough however, following the artificial adrenalin shots injected into the U.S. economy, and the industry will be looking for further positive signals, especially given the growing global supply chain crisis.

“The stimulus package contributed to momentum at the beginning and then the reopening of stores provided a second boost. We need to look for the next stimulus, how do we ensure we lap the boosts created by those?” he asked. “To me it seems that the next may be at the beginning of 2022 when we will see the return of office workers within a hybrid working environment and then international tourism – which accounted for 4% of Macy’s sales – will boost us again, perhaps towards the end of 2022.”

Macy’s Thanksgiving Day Parade Is Back

A symbolic part of recovery will be return of the Macy’s Thanksgiving Day Parade in New York City — a made-for-TV virtual event last year held in the one-block stretch in front of the company’s flagship 34th Street store. This year, the public will be able to watch the parade in person, marking its 95th year.

Live music, the iconic giant balloons, decorated floats, marching bands and, of course, an appearance by Santa, will all be back at an event which typically draws two to three million spectators along the route, although entry guidelines and restrictions will be in place.

Macy’s recently reported Q2 sales up 58.7% year-on-year to $5.6 billion, just ahead of 2019 levels. More importantly, the company recorded a profit of $345 million, compared with a $431 million net loss from Q2 last year, allowing the company to start paying down debt.

The vote of confidence from S&P reflects the “ongoing progress Macy’s is achieving in reducing leverage and strengthening operating results, supported by a favorable macroeconomic backdrop,” S&P analysts said. “Our longer-term view is that changing consumer preferences will be difficult to navigate. Declining mall traffic, shifting category preferences, and online price transparency are persistent risks.”