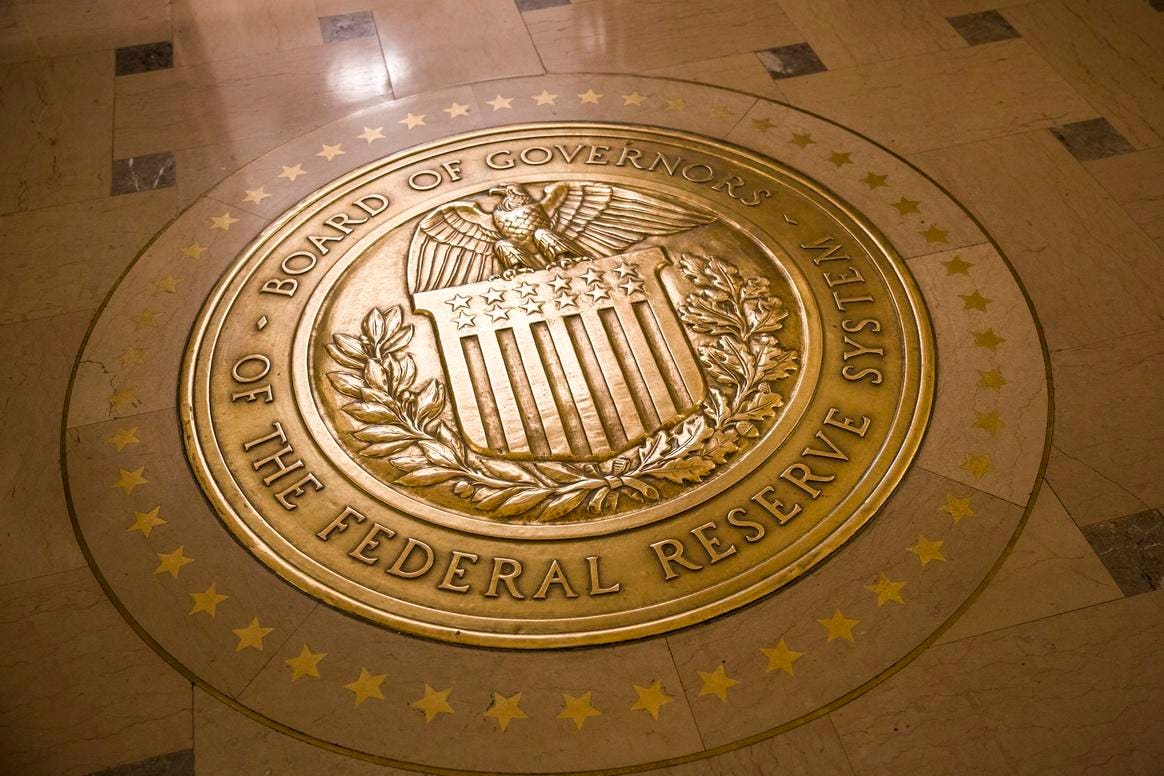 Negativity about the Federal Reserve reached new, serious levels last week. Views of incompetence and unethical behavior are increasing. This new territory has the potential to drastically affect what lies ahead – for the financial system and the U.S. economy.

Incompetence concerns come from the Fed’s mistaken views of inflation risk and its inability to form a cohesive action plan. The proof is in the time line of “temporary” to “transitory” to “take a careful look” to “likely going to raise” to “three times” to “multiple times (7?).”

Then, following Thursday’s (February 10) higher-than-expected CPI report, news came that the Fed is debating how big to go with their first maybe-March interest rate increase. Naturally, that news produced a new risk vision: An ominous “big bang” bump to cause… well, what, exactly? A sudden moderation of inflation that has already become established? Or a resurrection of the Fed’s reputation by taking “bold” action?

Distrust joins the views of incompetence

Views of distrust began last fall when reports of “insider” trading emerged. The trading occurred during the 2020 pandemic’s early, dark days, when the Fed was formulating its major financial actions.

First were the two Fed bank presidents (Boston and Dallas). One was a member on the decision-making FOMC (the Federal Open Market Committee). The other, recently off, was still in attendance. Both have resigned.

Next came the Federal Reserve Vice Chairman’s admission of trading. He resigned.

The Fed’s reaction? Federal Reserve Board Chairman Jerome Powell says an investigation is underway and the Fed’s ethical rules will be “strengthened.” That skirts the issue, because the Fed’s ethical code is already strong and includes the highest requirement: Not to do anything that would give the “appearance of impropriety.” It’s very important to understand that requirement, so I’ve covered it below.

The heavies are now on the case. The Wall Street Journal, Bloomberg, The New York Times and Reuters have all revealed some of the information, so expect further revelations as they dig further. Then, there is this sure sign that there is more to come: (Underlining is mine)

Reuters (February 9): “Fed denies release of correspondence on pandemic trades made by policymakers“

“The U.S. Federal Reserve, responding to a Freedom of Information Act request by Reuters, said there are about 60 pages of correspondence between its ethics officials and policymakers regarding financial transactions conducted during the pandemic year 2020.

“But it ‘denied in full’ to release the documents, citing exemptions under the information act that it said applied in this case.”

So, this public institution, sitting atop the U.S. financial system with immense power to alter markets and the economy, has “denied in full” to release key information about the insider trading issue? Why not a redacted release or even a summary of what those 60 pages are all about? The obvious conclusion is that the information is too revealing – that it shows appearances of impropriety.

(Note: “Denying in full” is what President Nixon called “stonewalling” during the Watergate investigation. Citing an “exemption” is not the same as citing “national security” or “executive privilege.” It is tantamount to using a loophole to avoid doing the right thing. Such blatant, self-created secrecy regarding non-secret information is red meat for the press, so there will undoubtedly be more to come.)

The Fed’s flaw: Falling back on “legal” instead of “absolute” ethical behavior

Legal compliance is the excuse being used for allowing self-interested, money-making trading by the Fed’s insiders. And yet the Federal Reserve’s “Voluntary Guide to Conduct for Senior Officials” is more restrictive.

That descriptor, “voluntary,” is odd. It implies there is no absolute requirement to follow the guide’s “absolute” rules, as listed below: (Underlining is mine)

“1. Members of the Board of Governors of the Federal Reserve System and presidents and first vice presidents of the Federal Reserve Banks have a special responsibility for maintaining the integrity, dignity, and reputation of the System. Accordingly, they should scrupulously avoid conduct that might in any way tend to embarrass the System or impair the effectiveness of its operations.

“2. They should carefully adhere to the spirit, as well as the letter, of the rules of ethical conduct prescribed for employees of the Board of Governors or the Federal Reserve Banks and should exemplify in their own conduct the high standards set forth in those rules.

“3. Their personal financial dealings should be above reproach, and information obtained by them as officials of the System should never be used for personal gain. In order to avoid even the appearance of acting on confidential information, they should not knowingly purchase or sell any security (including any interest in the Thrift Plan for Employees of the Federal Reserve System, but not including shares of a money market mutual fund) during the period that begins at the start of the second Saturday (midnight) Eastern Time before the beginning of each FOMC meeting1 and ends at midnight Eastern Time on the last day of the meeting. This restriction does not apply if the transaction is authorized before the period described above (for example, through directions given to a broker). They also should not knowingly hold any security for less than 30 days, other than shares of a money market mutual fund. They should make every effort to ensure that their spouses’ and dependent children’s financial transactions comply with these guidelines. In unusual circumstances, after consultation with the ethics officer, these restrictions may be waived. Beyond these guidelines, they should carefully avoid engaging in any financial transaction the timing of which could create the appearance of acting on inside information concerning Federal Reserve deliberations and actions.

“4. They should be careful to avoid any dealings or other conduct that might convey even an appearance of conflict between their personal interests, the interests of the System, and the public interest.”

These requirements are what people naturally expect – that Federal Reserve executives and senior staff be at the pinnacle of ethical cleanliness, comparable to Supreme Court justices. Their effectiveness requires absolute trust, and that trust necessitates absolute ethical conduct. Chip away at the latter and destructive distrust emerges.

The best wording of absolute is from the “Code of Conduct for United States Judges”: “Avoid impropriety and the appearance of impropriety in all activities.”

“Canon 2: A Judge Should Avoid Impropriety and the Appearance of Impropriety in all Activities

“(A) Respect for Law. A judge should respect and comply with the law and should act at all times in a manner that promotes public confidence in the integrity and impartiality of the judiciary.”

“COMMENTARY – Canon 2A. An appearance of impropriety occurs when reasonable minds, with knowledge of all the relevant circumstances disclosed by a reasonable inquiry, would conclude that the judge’s honesty, integrity, impartiality, temperament, or fitness to serve as a judge is impaired. Public confidence in the judiciary is eroded by irresponsible or improper conduct by judges, including harassment and other inappropriate workplace behavior. A judge must avoid all impropriety and appearance of impropriety. This prohibition applies to both professional and personal conduct. A judge must expect to be the subject of constant public scrutiny and accept freely and willingly restrictions that might be viewed as burdensome by the ordinary citizen. Because it is not practicable to list all prohibited acts, the prohibition is necessarily cast in general terms that extend to conduct by judges that is harmful although not specifically mentioned in the Code. Actual improprieties under this standard include violations of law, court rules, or other specific provisions of this Code.”

From the “Ethics for the Investment Management Profession” (underlining is mine):

“What makes businesses and financial markets thrive? How do we earn investor confidence? The answer is trust. Trust can only be built through ethical behavior and an industry-wide commitment to values like transparency, integrity, candor, and putting investors first. Since its origin, CFA Institute has championed ethics in the investment profession, setting the highest possible ethical standards for professionals around the globe.

“Ethical behavior goes beyond simply following laws and established rules. It is about knowing how to navigate ambiguous ethical situations and put the interests of investors first when the rules are unclear.”

The defense used by the two regional reserve bank presidents (Dallas and Boston) who were “caught” trading and ended up resigning was the following: (Underlining is mine)

“The financial disclosures did not look strikingly different from prior years, and both officials said their investment trades were cleared by ethics officers and did not violate Fed policy. They also previously agreed to sell their stock holdings … to avoid even the appearance of a conflict of interest.”

The post-Great Recession mantra of “don’t fight the Fed” was firmly accepted by investors. So, what happens when the Fed looks incompetent and untrustworthy – unable to tackle inflation and unwilling to come clean? Will Powell take on the Wizard of Oz persona: A person behind the curtain – pulling levers, expounding on financial matters, but being seen simply as an ineffective man running a flawed organization?

(Note: The Senate confirmation vote of Jerome Powell as Chairman for a new term, along with four other Federal Reserve appointees by President Biden, is scheduled for February 15)