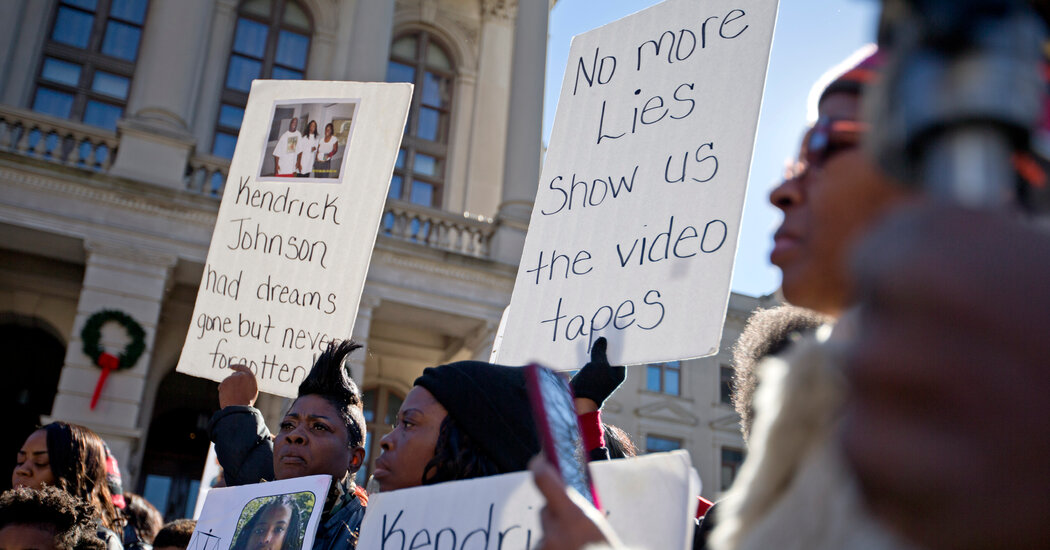 Sheriff Paulk said he had examined 17 boxes of evidence provided by prosecutors and investigators, including grand jury testimony. The evidence “does not produce anything to prove any criminal act by anyone that would have resulted in the death of Kendrick Johnson,” Sheriff Paulk’s report said.

Kendrick’s father, Kenneth Johnson, said he still believed that someone had killed his son, a popular athlete at Lowndes High and the youngest of five siblings.

Mr. Johnson, 53, said that a forensic pathologist hired by the family, William R. Anderson, had found that the cause of death was blunt-force trauma to the right side of the boy’s neck, near the jaw.

“The truth is the truth,” Mr. Johnson said. “You can’t make an accident out of a murder.”

The findings of Mr. Anderson’s autopsy, conducted five months after Kendrick’s death, contradicted the conclusions of the medical examiner at the Georgia Bureau of Investigation, who in 2013 issued an autopsy report that determined the cause of death was “positional asphyxia,” suggesting that Kendrick had become trapped upside-down in the rolled-up mat and had suffocated.

Sheriff Paulk said the conflicting autopsy reports were complicated by a third autopsy conducted by the Office of the Armed Forces Medical Examiner in 2014. That report also ruled the death accidental and caused by asphyxiation but was later amended to say the cause of death was “undetermined.”

Even after the federal investigation, questions about Kendrick’s death persisted in Valdosta.

In 2016, Sheriff Paulk, who had retired the year before Kendrick died, decided to run again for his old seat. He said that on the campaign trail, he had been approached several times by Black voters who wanted him to look at the case again.

“I felt that I should look at this,” he said. “Plus, I wanted to know myself.”

But Sheriff Paulk, 76, said that as he had reviewed the federal government’s documents, it appeared that prosecutors had become determined to charge the two students. He described their investigation as a “witch hunt” and said email correspondence between prosecutors showed they had been feeling pressure to get results.