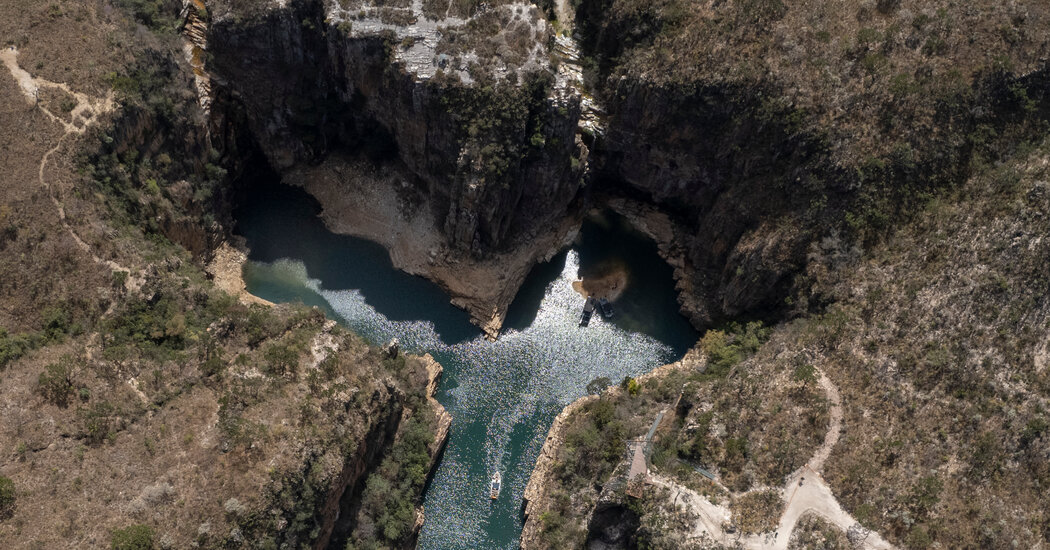 RIO DE JANEIRO — Ten people were killed in southeast Brazil when the face of a massive cliff collapsed at a popular tourism spot, the authorities said Sunday.

Boaters who narrowly escaped being crushed captured videos of the giant slab falling into Lake Furnas in Minas Gerais state on Saturday. The rock peeled off about 12:30 p.m. after days of intense rain in the area.

One video showed panicky boaters who could see boulders tumbling into the lake urging others, “Get away!” But their calls appeared to be drowned out by the sound of the waterfall there and music blaring from the boats.

Ten people were killed and no one remained missing on Sunday afternoon, Marcos Pimenta of the Minas Gerais civil police said.

“Today we are suffering the tragedy of a loss in our state that resulted from strong rain,” Romeu Zema, the state’s governor, said in a statement.

Michel Leite Neves, a 31-year-old Brazilian tourist who was on a boat in the lake when the cliff collapsed, told the G1 news outlet that he had alerted the craft’s skipper to the rocks tumbling down. At first the boat operator said the phenomenon was normal, but as the rockfall intensified, he gunned the engine with seconds to spare, Mr. Leite said.

“He turned the boat around because he said it was better for us to get out of there,” Mr. Leite said. “But at that moment the cliff was already falling.”

Lake Furnas, which is near the city of Capitólio, is among a cluster of picturesque destinations popular with tourists during the summertime in Minas Gerais. Visitors take boats to watch waterfalls that pour into emerald-colored water.

Lt. Pedro Aihara, a spokesman for the Minas Gerais Fire Department, said at least 24 people survived on the two boats that were directly hit. The search concluded on Sunday with all victims and survivors accounted for.

The authorities said two people remained hospitalized, while at least 27 people were treated for injuries that were not serious. As of Sunday afternoon, local officials had identified only one of the boaters who died: Julio Borges Antunes, 68, a retiree from Minas Gerais.

The videos from the scene went viral in Brazil, where intense rain and flooding in recent weeks have left at least 20 other people dead and damaged thousands of homes.

Brazil’s navy sent a team to assist rescue workers in Minas Gerais and said it would open an investigation to establish the causes of the collapse.