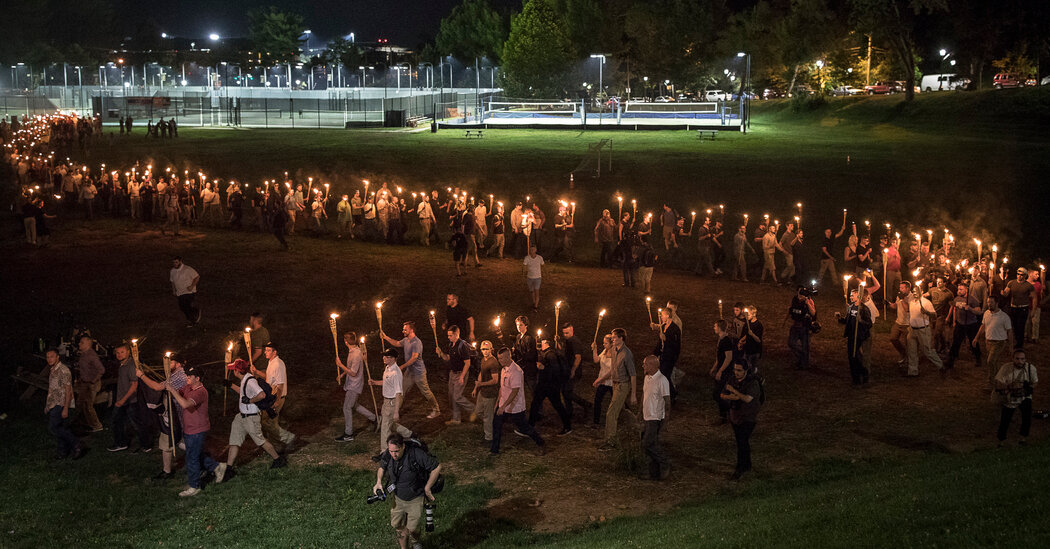 If many far-right players have been shunted aside, the ideology has not been. In recent decades, whenever far-right groups have lost in court, the movement has rebounded.

“While some of the messengers have been eviscerated, the more mainstream versions of their hatemongering continue to have real currency, with broad exposure guaranteeing that the violence of the far-right fringes will unfortunately continue,” said Brian Levin, the director of the Center for the Study of Hate and Extremism at California State University, San Bernardino.

In seeking to prove that the violence was foreseeable, the plaintiffs highlighted how often the idea of hitting protesters with cars came up beforehand.

Samantha Froelich, who was dating two of the main organizers simultaneously in the lead-up to the rally, but who has since left the movement, testified that hitting protesters with cars was discussed at a party earlier that summer in the “Fash Loft,” short for fascist, the nickname for Mr. Spencer’s apartment in Alexandria, Va.

After the violence, Mr. Parrott, whose Traditionalist Worker Party has since disbanded, and the others celebrated. “Charlottesville was a tremendous victory,” he said in a post. “The alt-right is not a pathetic and faceless internet fad, but a fearsome street-fighting force.”

While the plaintiffs’ case took three weeks and 36 witnesses, the defendants rested after a day and a half, having made four broad arguments. First, they argued that while others might deplore their views, the First Amendment allowed them. Second, that they acted in self-defense. Third, that the police were to blame for not keeping the opposing sides apart. Fourth, that none of them could anticipate what Mr. Fields did because none knew him.