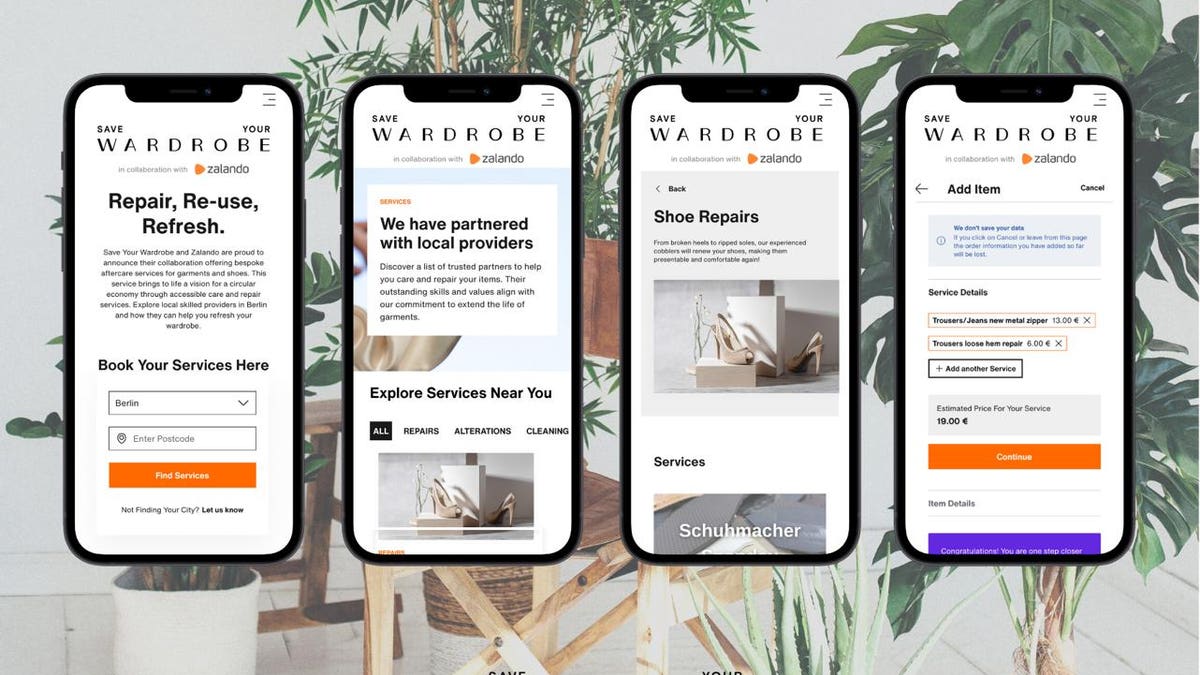 When it comes to sustainability and fashion, particularly the fast variety, it would be an understatement to say the industry has a few problems. First and foremost, fast fashion is the third biggest polluter globally, with textile production contributing more to climate change than international aviation and shipping combined.

But there’s also the more shadowy and therefore dangerous misperception that the spending behemoth of Gen Z has been molded in a wholly Thunbergian image; despite a considerably raised bar of eco-intentions the infamous specter of the values-actions gap (the disparity between what people say they value/will do vs. what happens when it comes to the crunch) reveals a very different story.

Affirming this, in April this year German multinational e-commerce giant Zalando (45m active consumers, 23 markets and 4500 brands including 300 designer labels) released a report based on a Europe-wide survey of 22-34 year-olds called It Takes Two: How the Industry & Consumers Can Close the Sustainability Attitude-Behaviour Gap in Fashion.

It provided both an in-depth reality check including how cost, inconvenience, the sense of being demonized for being less than eco-perfect, and the fact that fashion presents a somewhat unique blind-spot (it’s perceived by many as a sacred, untouchable space of self-expression and escape) are barriers to behaving sustainably. It then delivered a set of practical recommendations.

Now, it’s responding to those findings on its own (digital) turf by launching a Care & Repair initiative in collaboration with pioneering UK-based digital closet app, Save Your Wardrobe (SYW). The latter is a virtual fashion tracker designed to facilitate more mindful consumption by both letting users a.) see what’s in their wardrobe via receipt-scanning AI plus computer vision that categorises photos of existing clothing b.) shop and wish-list from a constellation of partner brands and c.) which is where this collab kicks in, connect to aftercare, services including repair and alterations. The new partnership takes SYW’s original B2C model, recalibrating its technological skeleton specifically for B2B functionalities.

“We know we need to move away from a linear to a circular system and this project is about making an element of circularity simple and convenient to the extent that it can be done on a phone, and nobody even has to leave home,” says Zalando’s Head of Circularity Laura Coppen, continuing: “I cannot emphasize enough how critical collaboration has been. We simply could not do this alone.”

Digitally Democratizing Aftercare: How it Works

Steered by Coppen’s assertion that, “peoples’ confidence in their own capacity to repair drops by around 75% for anything more complicated than sewing on a button” (the survey confirms that while 58% of consumers say clothing repair is important only 23% of routinely do so) the crux of the initiative is focussed on “making repair as easy and natural as buying new things.”

As such, the initiative, trialling in Berlin and Düsseldorf, connects an interactive digital booking system for post-purchase services directly to Zalando’s e-commerce site; it’s located on a standalone webpage designed and developed by SYW, accessed by clicking banners on Zalando.com.

People filter according to service – alterations, repairs, specialist cleaning – to surface a list of providers local to their area code. They can then dig into those results reviewing individual bios and sub-specialisms (think: leather care, footwear, or wedding dresses) as well as sample costs, which have been standardised for consistency in concert with the providers.

On choosing one, they upload a photograph whereby SYW’s image recognition tech is deployed to identify the brand at speed (the entire request process is designed to take less than 10 minutes) adding key details about the work they want done. An estimated quote/s – unusually users can input multiple requests in one go – is given for approval. Providers have their own digital dashboard (aka the sexily titled Service Infrastructure Platform) to keep track of their workflow, communications, and operations info – enabling multiple service and item orders.

Booking must be accepted or rejected within four hours, while any queries are relayed via a direct messaging system run through the SYW customer service team. Payment happens only when both parties validate the agreement.

Notably, while the booking system is centralized many of the service providers to whom the care is outsourced are long-standing, often family-owned businesses. They are all procured and vetted by SYW, and now in possession their own modernised booking platform. The concept acknowledges what Coppen describes as Zalando’s commitment to viewing sustainability as an “holistic, omni-channel mission” that supports local prosperity as another form of ethical practice.

Presently, the concept is being foregrounded as an interactive booking concept with tightly defined perimeters; conversation is limited to written messages. For instance, there’s no capacity to have a video chat with a service provider should an item of sentimental value or complicated repair feel necessary.

This seems like an oversight, but according to the Founder of Save Your Wardrobe, Hasna Kourda it’s a conscious decision, for now: “This is fundamentally about price transparency and booking democracy to focus on engaging a larger audience. We’re looking to scale sustainable practice by expanding on what’s traditional seen as a luxury sector privilege and the standardized interaction is currently key to making that happen.”

Fulfilment, in this case pick-up and return of the items, happens courtesy of integration with Zalando’s premium logistics department which uses smaller, local ‘delivery heroes’ – another component of the concept that succinctly transfers a usually luxury-only service to a universal audience.

Both businesses view their role as an educator as well as service provider, hence the addition of a suite of DIY repair tutorials (currently only on the SYW service booking landing page) for those consumers who either won’t be able to access the services in their region yet or to simply supplement the bookable services. Emulating Instagram’s stories format, the tutorials talk to the 58% that say it’s important for them personally to have an impact on fashion sustainability, as well as the 82% who say they’ve felt some form of regret after shopping (so, either tooling up the eco-converted or recruiting those looking for brand-guided atonement).

Ultimately, according to Coppen: “These extra services are about deepening the relationship with consumers,” and are viewed as both a moral, planetary, and business imperative, with consumer loyalty, retention and even acquisition, including when heading into new territories, at stake.

Affirming this, the brand’s ‘Pre-owned’ section is flying. Coppen reveals it’s leapt from 20,000 to 200,000 items since launching in September 2020, possibly connected to the fact Zalando doesn’t differentiate purchasing second-hand from its standard (new garments) part of the site; the inclusion of services like its renowned 100-day return policy standardize the customer experience, normalizing eco-positive practice.

Similarly impactful is its filtering system for ‘values-based browsing’. Launched April 2021 to coincide with the report, the latter allows consumers to refine their searches via terms including water conservation, worker wellbeing, reuse of materials, animal welfare and reducing emissions. Over 100,000 items are now tagged with such details; 50% of its fan base bought a sustainability tagged product of some kind in 2020, doubling 2019 figures.

Bearing in mind Save Your Wardrobe’s original MO for finding synergies between services I ask whether Repair & Care will become the baseline template for other services such as helping consumers donate old garments or dispose of them correctly. Coppen is understandably non-committal, open-minded to all possibilities: “We don’t yet know where Care & Repair will go, but it’s likely that in the long-term that project could help us join the dots with all kinds of things. For instance, connecting so-called ‘waste’ resources to the right recycling group, because it’s not the case that everyone can recycle everything.”

There is also plenty of discussion still be had regarding where in the UX journey consumers are alerted to the Care & Repair service to best galvanize attitudinal change; for instance, the services are not flagged at the point of initial purchases. Clearly a work-in-progress, Coppen says this will come out in the proverbial wash: “It will certainly give us a more accurate picture of where the market really is.”

Echoing Kourda, the main goal for now, she says, is solving the key survey-spot-lit problems: “The focus is on diverting product from landfill and making the project work for the customers that aren’t so sustainably-minded. We’re looking at this as part of our over-arching mission to become a sustainable fashion platform with a net-positive impact on people and planet.”