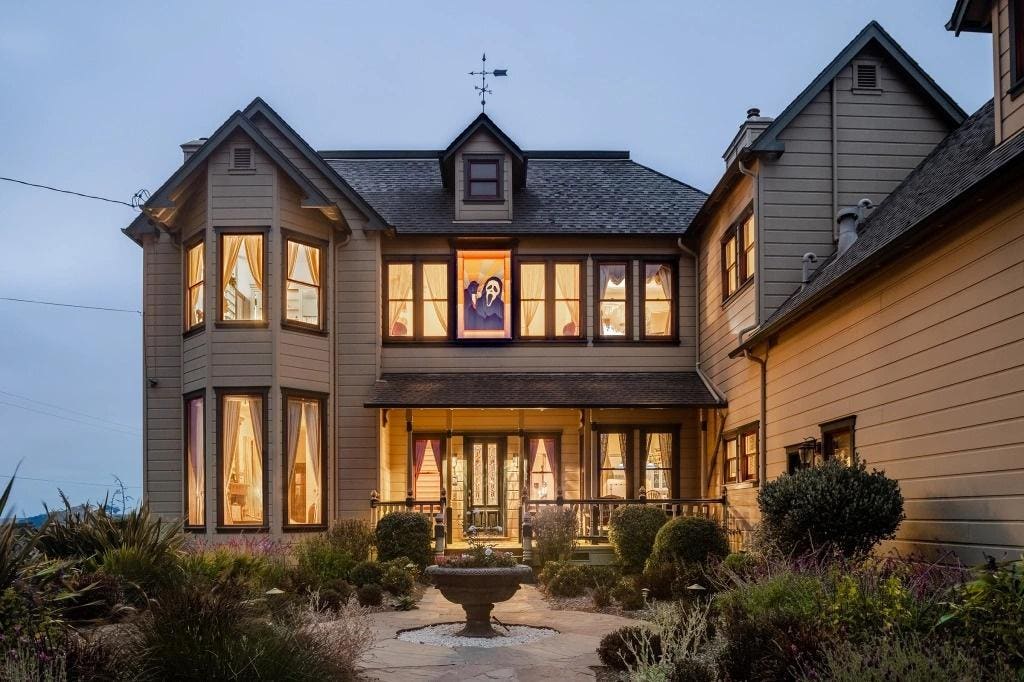 If you like scary movies, then you’ll want to know about a killer stay that Airbnb is making available this October: For $5, you can spend the night in the original “Scream” house. Local sheriff Dewey Riley (aka David Arquette) is the host and he’ll be greeting guests virtually at check-in.

The original “Scream” movie turns 25 this year. The teenage slasher film starring Drew Barrymore spawned a $300 million franchise—and Airbnb guests are invited to make some stovetop popcorn and binge all four “Scream” movies on VHS during the themed Airbnb stay. A fifth installment of the “Scream” is set to be released in early 2022.

While Woodsboro is a fictional town, the original “Scream” home—you recognize it as the Victorian home where teenagers partied while Ghostface was on the loose—is located in Santa Rosa, California.

For a limited time, the iconic estate is available for three, one-night stays for up to four people on Oct. 27, Oct. 29 and Oct. 31. The bookings are available for just $5 a night in honor of the 90s horror franchise making a comeback in 2022. “Scream” superfans can request to book the stay beginning at 1 p.m. EDT on Oct. 12 on Airbnb.

Sheriff Dewey on the Airbnb listing says: “As the local sheriff, it’s my duty to be your host to keep everything under control for your stay at the SCREAM house. What could possibly go wrong? In honor of SCREAM’s 25th anniversary and the upcoming 2022 film, face your fears and stay the night where Ghostface’s terrors began.”

In addition to having the chance to explore the home in its original gory glory (there’s knife marks on the door to the garage where Dewey’s sister Tatum met her unfortunate demise in the film), the “Scream” stay comes with some unique, spooky amenities. There’s a dedicated phone line for reaching Ghostface to ask questions or make requests, but consider yourself warned because he just might call the house, too.

The house will also be stocked with snacks, like Jiffy Pop, ice cream and Reddi-whip, plus pizza.

If you don’t make the cut for the stay in this Northern California home, though, you still will have a chance to learn behind-the-scenes secrets of the Scream franchise from Kevin Williamson, the original “Scream screenwriter” and the executive producer of the soon-to-be-released Scream movie. He’s hosting an Online Experience on Oct. 28.

Original SCREAM screenwriter, SCREAM (2022) executive producer and scary movie expert Kevin Williamson will host an Online Experience on Thursday, October 28 that will give guests a chance to learn behind-the-scenes secrets of the SCREAM franchise, including the cast, characters, plot twists and more.

The limited-time stay at the “Scream” house is the latest rental from Airbnb that dials up nostalgia. The vacation rental company recently made a sweet bearbnb treehouse inspired by “Winnie the Pooh” available for rent in England as part of Disney’s 95th anniversary celebrations. And, in 2020, the manager of the last Blockbuster opened up the Bend, Oregon movie rental shop for 90s-inspired sleepovers bookable via Airbnb.