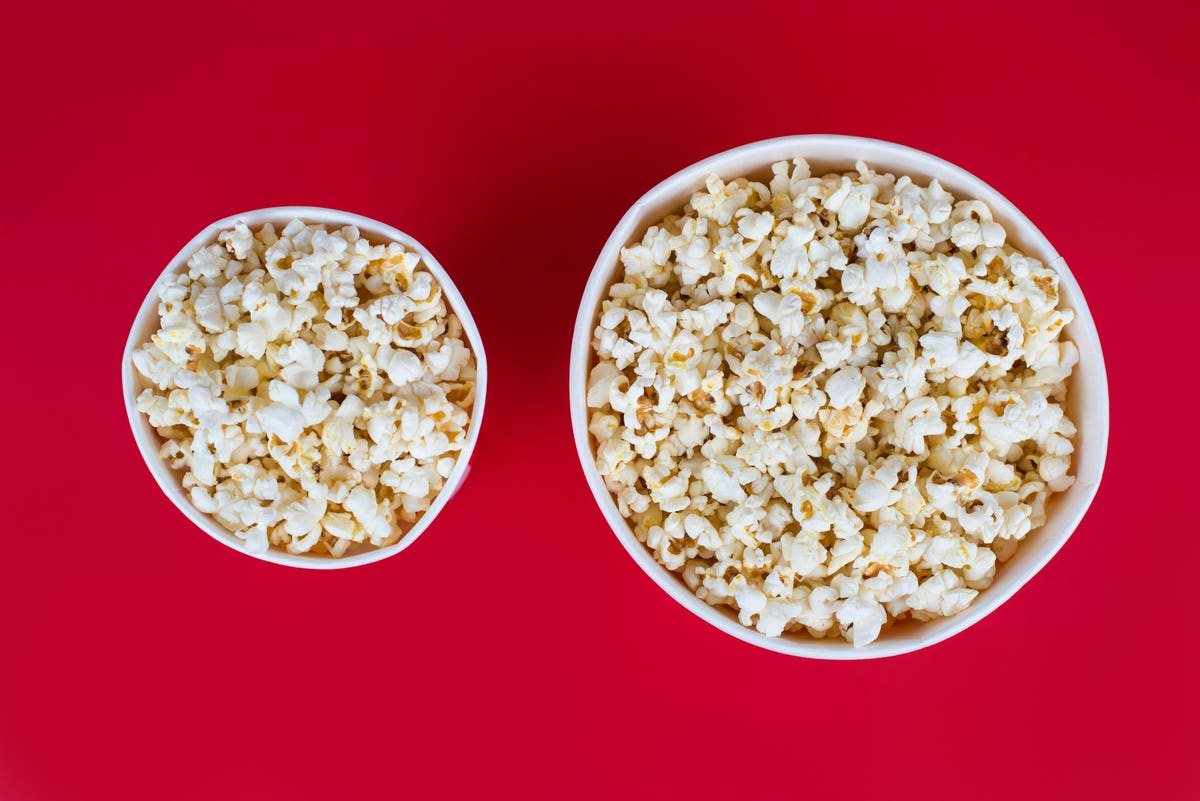 Let me describe a scenario I’m sure has happened to you: you’re treating yourself with your go-to bodega snack (yes, everyone has one), you open the bag and… it’s practically finished, before you even started. What gives?

No, it is not your imagination: there are less chips in your snack bag at the grocery store. It’s actually an intentional move by our beloved snack companies— so intentional in fact, it has a name: shrinkflation. Shrinkflation is a phenomenon that happens when the cost of goods goes up, so companies try to offset their higher costs by shrinking the product.

How does shrinkflation work?

For easy math, let’s say that a snack company sells a bag of chips for $5, and in order to fill a bag of chips, they need to buy one dollar’s worth of potatoes. The sales price ($5) minus the cost of goods ($1), leaves you with $4 of profit. That’s a pretty prime profit margin.

Option #1: Raise the Price. The company could raise the price of one bag of chips to $6. That means they would still get the same $4 profit margin ($6 price tag minus $2 cost of goods = $4 profit margin).

In other words, if a company wants to keep their same margins in the face of higher costs of goods, they need to either raise the price to compensate for their increased costs, or keep the sticker price the same, but deliver less.

Even though it seems like a more complicated solution, with shrinkflation, companies are choosing the latter strategy. The rationale is that you, the consumer, may not notice how much your favorite treat weighs, but you certainly notice how much it costs. So, companies hope that they can pull one over on consumers by sneaking slightly smaller packages onto shelves, or filling the packaging just a little bit less.

And are they right? Does it work? Honestly, yes. Do you know how much a bag of your favorite chips weighs? Would you even notice a difference on the label? If you’re like me, probably not. You’ll need to wait until you’ve bought the bag, opened it, and then realize there’s half the amount of chips in the bag that you were expecting. I am an optimist, but when it comes to snacks, if companies are skimping on how many chips they put in their bags, that bag is half empty, not half full.

There are some big shrinkflation offenders I’d recommend keeping an eye out for. I’ll give you a warning: this is a game of ounces. I know that we typically think of ounces as teeny-tiny and negligible, but they’re not. Going back to our trusty potato chip example, oftentimes, a serving size is one ounce or around 18 chips. So even though one ounce sounds small, chips are light, right? That’s how we justify eating so many of them (is that just me?).

General Mills, the company that makes Cheerios, Lucky Charms, Cinnamon Toast Crunch, and many other big-name cereal brands, shrank its “Family Size” boxes by just over an ounce, while keeping the price the same. Again, I know that may not seem like a lot, but think about how light a box of cereal is. You’re getting about 5% less for the same price.

From Value paper towels, to Hefty trash bags, household goods are also being shrinkflated. Kimberly-Clark , a big brand parent company, has raised prices on toilet paper, diapers and other everyday goods by anywhere between 4 to 9%.

A word to the wise: buy your household goods in bulk now. All signs point to products being shrinkflated throughout the winter; so to get the most bang for your buck, and go shopping sooner rather than later. Do it now, so you can take out shrinkflation with the trash.