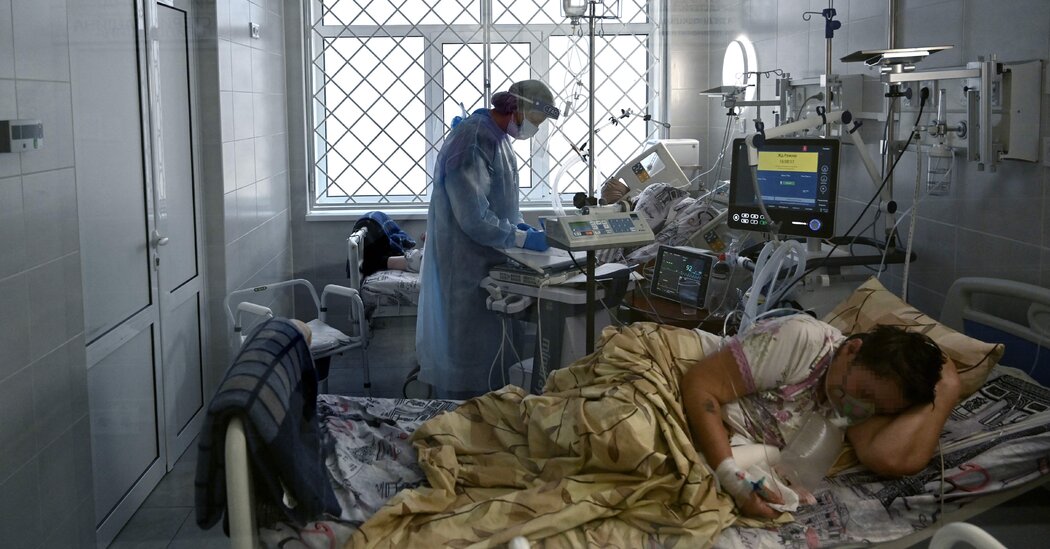 Europe is again experiencing near-record levels of coronavirus cases, and could experience half a million Covid-related deaths in the next three months, the World Health Organization said on Thursday.

Europe accounted for 59 percent of the world’s newly reported coronavirus cases last week, and for nearly half the world’s Covid-related deaths, Hans Kluge, the W.H.O.’s director for the 53 countries in its European region, told reporters.

Dr. Kluge said that there were 1.8 million new cases and about 24,000 deaths in the European region in the past week.

“We are at another critical point of pandemic resurgence,” Dr. Kluge said. “Europe is back at the epicenter of the pandemic — where we were one year ago.”

The region is reporting an average of more than 30 new cases a day for every 100,000 people, a rate that has almost doubled since mid-September. Eighteen of the 20 countries around the world that are reporting the most new cases per day, relative to their populations, are in Europe or the part of Central Asia that the W.H.O. includes in its European region.

New reported cases reached a record high in Germany on Wednesday, when the nation recorded 33,949 new infections in a 24-hour period. Only 67 percent of the country is fully vaccinated.

“If we stay on this trajectory, we could see another half a million Covid-19 deaths in Europe and Central Asia by the first of February next year,” Dr. Kluge said.

The surge in infections, driven by the Delta variant, is affecting all age groups, Dr. Kluge said, but it has been deadliest among older people. Three-quarters of those who died last week were over 65, and most were not fully vaccinated, he said.

Hospitals are being flooded with Covid patients across the region; in 43 of the 53 countries, hospitals are likely to face high to extreme stress in the next three months, the W.H.O. projected.

Dr. Kluge said the virus was surging because precautions like mask-wearing were relaxed and because too few people have been vaccinated.

Eight countries in the region have vaccinated more than 70 percent of their populations, but two have managed to immunize less than 10 percent, he said. Hospital admission rates were high, he said, in the countries where vaccination rates were low.

Outbreaks have also appeared in unvaccinated populations in countries with relatively high rates of vaccination. In Italy, which has fully vaccinated 72 percent of its population and recently imposed stringent national rules to encourage workers to get vaccinated, the city of Trieste became a hotbed of infections two weeks after thousands of vaccine skeptics gathered to protest the new rules.

Dr. Kluge also emphasized the continued need for basic precautions like mask-wearing, social distance and good indoor ventilation, and he took note of projections that 188,000 lives could be saved in Europe in the next three months if 95 percent of the population wore masks.

“We must change our tactics, from reacting to surges of Covid-19 to preventing them from happening in the first place,” Dr. Kluge said.