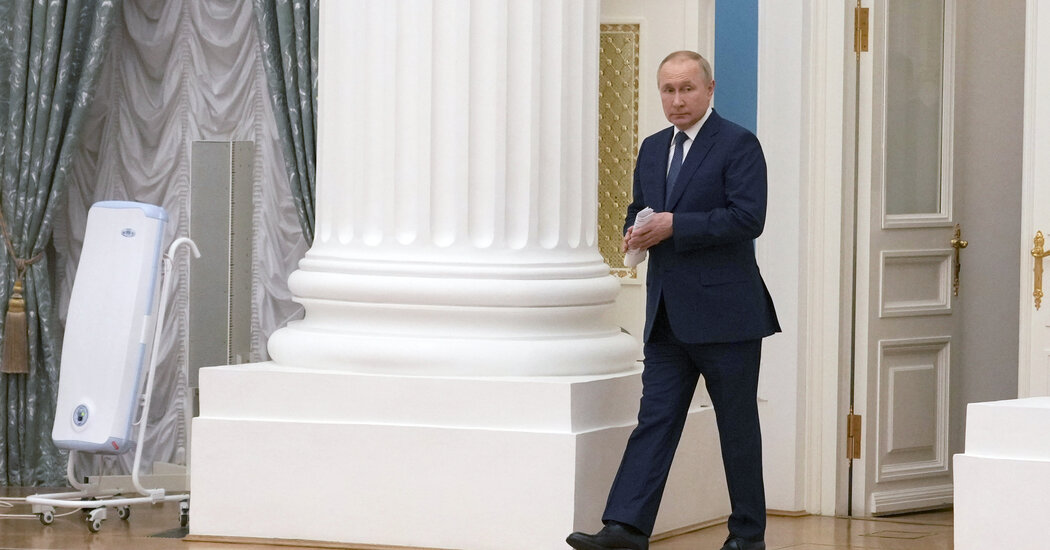 But this situation, American officials say, is very different. Washington’s claims about Russia’s troop buildup have been confirmed by commercial satellite imagery of a quality previously unavailable. The details of Moscow’s secret disinformation plots are in line with the Kremlin’s propaganda campaigns that play out on social media platforms and have been tracked by independent researchers.

Most important, the officials said, there is a fundamental distinction between Iraq in 2003 and Ukraine in 2022. “In Iraq, intelligence was used and deployed from this very podium to start a war,” Mr. Sullivan said on Friday. “We are trying to stop a war.”

The last time Russia moved against Ukraine, in 2014, intelligence officials blocked the Obama administration from sharing what they knew. But the Biden administration has studied those mistakes. The new disclosures reflect the influence of Avril D. Haines, the director of national intelligence, and William J. Burns, the C.I.A. director, who have shown a willingness to declassify information in an effort to disrupt Russian planning, administration officials said.

“We have learned a lot, especially since 2014, about how Russia uses the information space as part of its overall security and military apparatus,” said Emily J. Horne, the spokeswoman for the National Security Council. “And we have learned a lot about how to deny them some impact in that space.”

One U.S. intelligence official said that when the country’s spy agencies have information that could help the world make better judgments about Russian activity, it should be released, as long as the government can avoid exposing how the information was collected or who passed it along.

It is, according to some strategists, a full-fledged information battle.

“I think it is great,” said Beth Sanner, a former top intelligence official who regularly briefed President Donald J. Trump. “My guess is that these disclosures are freaking the Kremlin and the security services out. And, more important, it can narrow Putin’s options and make him think twice.”