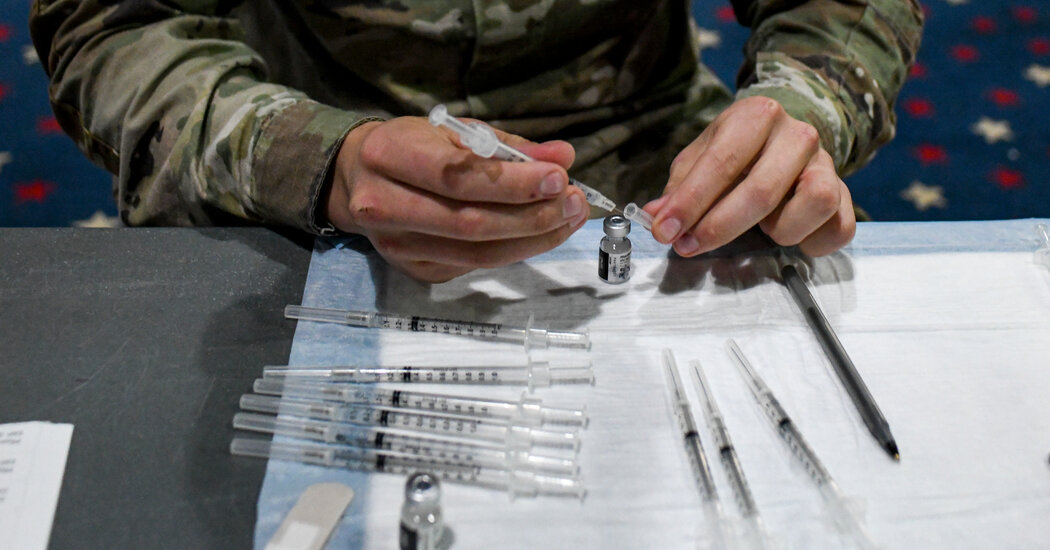 American soldiers who have yet to be vaccinated against the coronavirus will be immediately discharged, the Army said on Wednesday, joining other branches of the military, including the Navy and Air Force, that have already begun dismissing vaccine holdouts.

The Pentagon announced a vaccine mandate for the armed forces last August, and the Army set a deadline of Dec. 15, 2021, for all soldiers and reservists on active duty, as well as service-academy cadets, to be vaccinated or apply for an exemption. A vast majority of active-duty Army troops are inoculated.

In a statement on Wednesday, Christine Wormuth, the secretary of the Army, cited the need for combat readiness in announcing that the small number of soldiers still refusing shots would be dismissed.

“Army readiness depends on soldiers who are prepared to train, deploy, fight and win our nation’s wars,” Ms. Wormuth said. “Unvaccinated soldiers present risk to the force and jeopardize readiness. We will begin involuntary separation proceedings for soldiers who refuse the vaccine order and are not pending a final decision on an exemption.”

Service members who are discharged for rejecting vaccination will not receive involuntary separation pay, and they may have to pay back incentive bonuses or other special compensation they received, the military said.

Last week, the Navy discharged 45 sailors for refusing to be vaccinated against the coronavirus, its first dismissals of personnel since the deadline for active-duty sailors to be inoculated passed on Nov. 28.

All of the sailors were given either honorable or entry-level discharges for disobeying a lawful order obligating them to be vaccinated. Nearly half were within their first six months of service.

The Navy announced that 5,035 active-duty sailors and 2,960 reservists remained unvaccinated.

The Pentagon says that 97 percent of the 1.3 million active-duty service members in the United States have received at least one dose of a coronavirus vaccine. So far, fewer than 100 service members have been separated for failure to comply with the mandate.

Exemptions from the mandate are rarely granted, and those that are approved are often temporary. Two Marines were recently given religious exemptions, the first of that kind since the mandate was announced last summer.

National Guard troops and reservists who are not on active duty still have time to comply with the vaccine mandate; deadlines for them fall later in the year. Earlier this week, Defense Secretary Lloyd J. Austin III rebuffed efforts by seven Republican governors to exempt their states’ National Guard troops from the mandate.

In all, about 80 uniformed members of the military have died from the coronavirus so far.