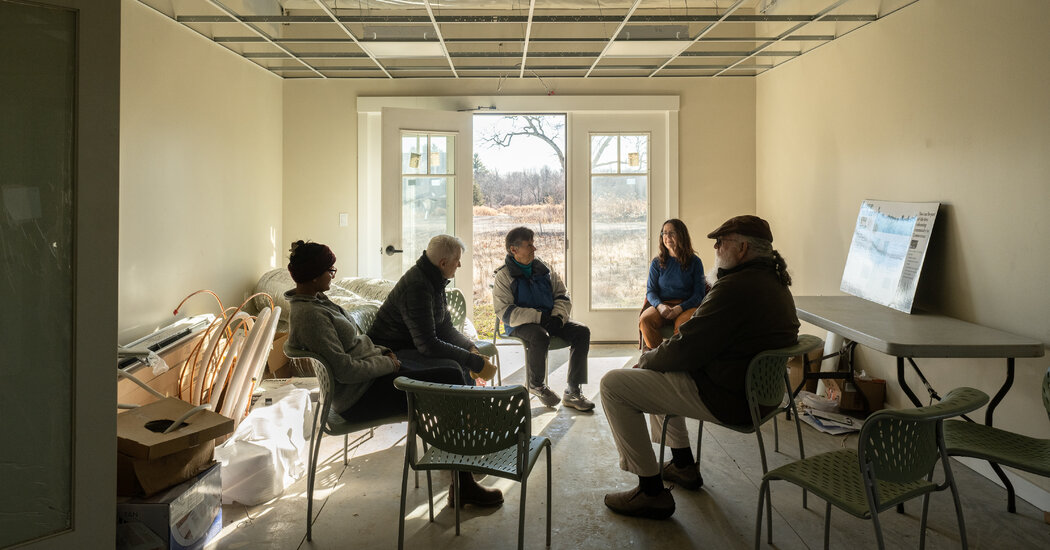 “Some people put their retirement savings into this project — but that’s one of the reasons why a lot of people continued to work really hard on this project,” Mr. Smith said. “People were coming to me and asking, should I liquidate my IRA to help the project? I was like, no!”

Housing Enterprises, a consulting firm in Enfield, helped the group win a $2.6 million housing grant from the state to make some of the units affordable. “A lot of people lost money,” said David Berto, the president of Housing Enterprises. “There was a whole group of people who put in money to buy the land, and some of those weren’t home buyers. They were just people who wanted to help, including me. We have all lost money and that’s just the way it is.”

At Rocky Corner, members managed the project and their community affairs using a process called sociocracy, which organizes people into various circles to make decisions consensually. A small group of founding members, including Brenda Caldwell, of Bethany, as well as Mr. Berto, sat on the “project management” circle, and regularly consulted with the construction company and architect. Other members participated in one or more circles focused on various other aspects, such as marketing, design, and community relations.

Rocky Corner was organized around the themes of conservation and sustainability, the result of a conversation that began as far back as 2006. The modestly sized homes on the property, all less than 1,300 square feet, are built to high energy-efficiency standards. Laid out in duplexes and triplexes, they are clustered on five acres close to a 4,300-square-foot common house designed to have a kitchen, dining area, lounge, woodworking shop, and laundry facilities.

Organizers had hoped to grow vegetables on a part of the land, and preserve the rest with easements.