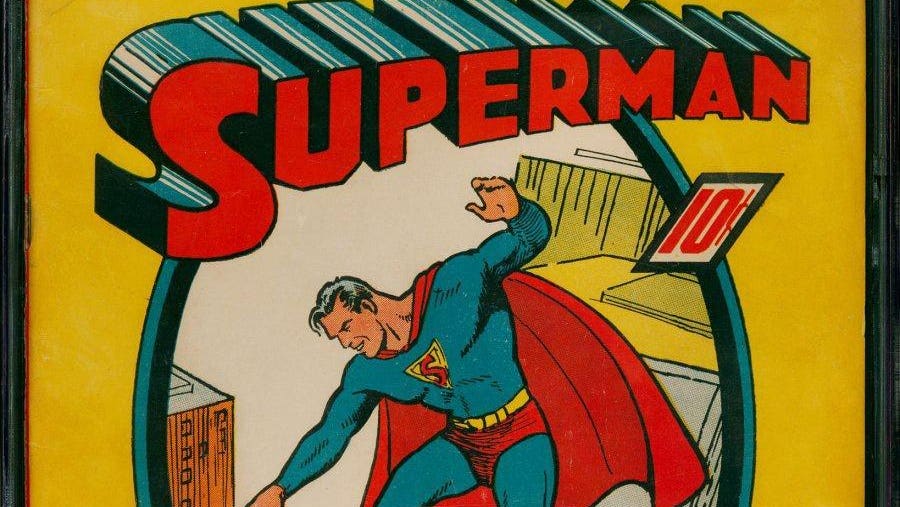 Whatever is going on in elsewhere in the economy, one sector that’s showing no signs of distress is the bull market in vintage comic books, which has been booming since the start of the pandemic. The latest datapoint? An auction currently underway for Superman #1 (1939) graded in unrestored 7.0 (Fine/Very Fine) condition, taking place at the online auction site ComicConnect.com. With nearly a week to go, bidding has already hit $1,850,000.

Superman #1, originally published by National Periodical Publications, now known as DC Comics, is obviously an important comic, but it is not the first appearance of Superman (that would be Action Comics #1, which sold for $3.25 million in 8.0 last April) nor epically rare: there are 165 copies known to exist, according to the CGC census, which counts as a fair number by the standards of 1930s-40s era comics. However, more than half the known copies have had some restoration done; only three other unrestored books are listed in the census in 8.0 or better, and that’s the kind of scarcity that’s driving the very high end of the market right now.

This copy has a bit of a story behind it. The current owners, Mark and Sara Michaelson, are longtime collectors who bonded over their shared love of old comics. Mark reportedly purchased his copy of Superman #1 from the original owner, who parted with the book in 1979 only on condition that the buyer would treasure it as much as he did. Now semi-retired, the Michaelsons are hoping to pass the book along to an equally passionate collector.

Whether the ultimate winner of the auction shares a love of old comics remains to be seen, but whoever it is will have very deep pockets. The level of interest in this auction continues to demonstrate that pop culture collectibles are becoming an asset class for high net worth individuals and perhaps some institutions as well. Especially when it comes to comics published prior to World War II with the cultural cache now accorded to iconic superheroes like Superman, Batman, Wonder Woman and Captain America, there just aren’t very many copies in existence, while awareness continues to increase through the efforts of Hollywood. When interested drives demand and supply is fixed, well… anyone who’s taken Economics 101 knows what happens to prices.

Adding fuel to the fire are concerns about inflation and the state of the global economy. Collectibles fill the same role in a portfolio as precious metals, except they are each individual items rather than commodities and, notwithstanding the occasional attic discovery, there are no new copies coming onto the market. Collectible comics are also portable, especially encased in the durable shells furnished by the grading services, and their provenance can be traced through resources like the CGC Census.

It seems likely that this book, which originally sold for a dime more than 80 years ago, will hammer at over $2 million – perhaps well over $2 million. Even Superman himself would envy that kind of gravity-defying takeoff.