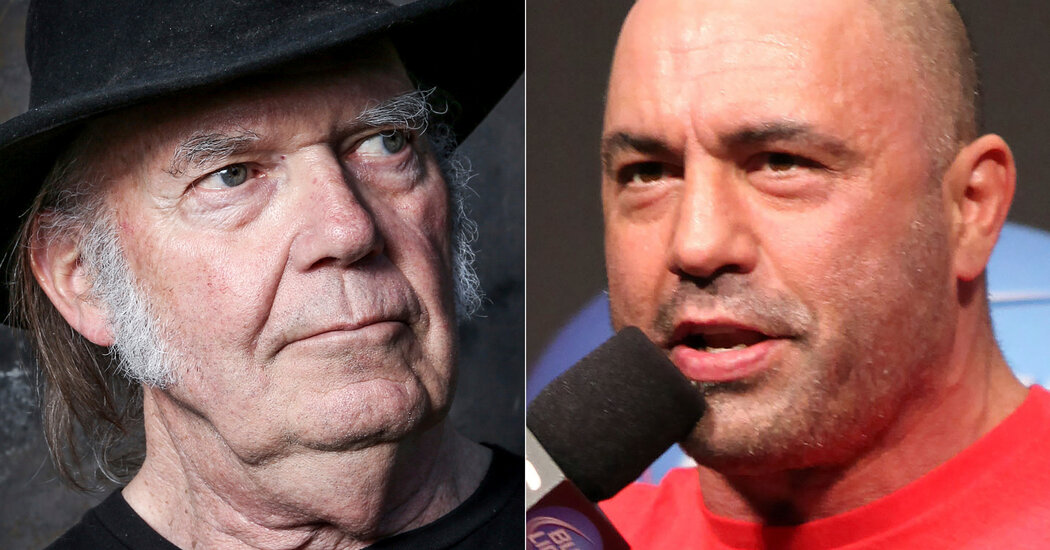 He added: “They can have Rogan or Young. Not both.”

That letter was removed from Young’s website soon after it was posted, though it drew wide news media attention.

Rogan, a comedian and actor, signed an exclusive podcast deal with Spotify in 2020 that has been reported to be worth $100 million, though Spotify has not confirmed that figure. His show is the most popular on Spotify.

Spotify has defended Rogan in the past, including after an episode that featured the conspiracy theorist Alex Jones in 2020. “We want creators to create,” Daniel Ek, the chief executive and co-founder of Spotify, told The Financial Times then. “It’s what they do best. We’re not looking to play a role in what they should say.”

Spotify has 318 million monthly listeners around the world, including 172 million who pay for subscriptions, according to the company’s most recent financial disclosures.

In the past, Young has removed his music from streaming services, only to quietly reinstate it. In 2015, after making complaints about the quality of sound on streaming, he took his music down from all major audio streaming services, including Spotify and its biggest rival, Apple Music. But it was added back soon after.

Although virtually all of Young’s music had been removed from Spotify by Thursday — a handful of live recordings and other miscellaneous tracks remained — it is widely available for streaming elsewhere, including on Apple Music, Amazon and YouTube.

Young also operates a subscription service through his own website, Neil Young Archives, offering access to his entire catalog for $20 a year. On Thursday, SiriusXM announced that it was bringing back “Neil Young Radio,” a curated station that it had introduced last month. It will run as a satellite station for a week, and for a month on the company’s SXM app.