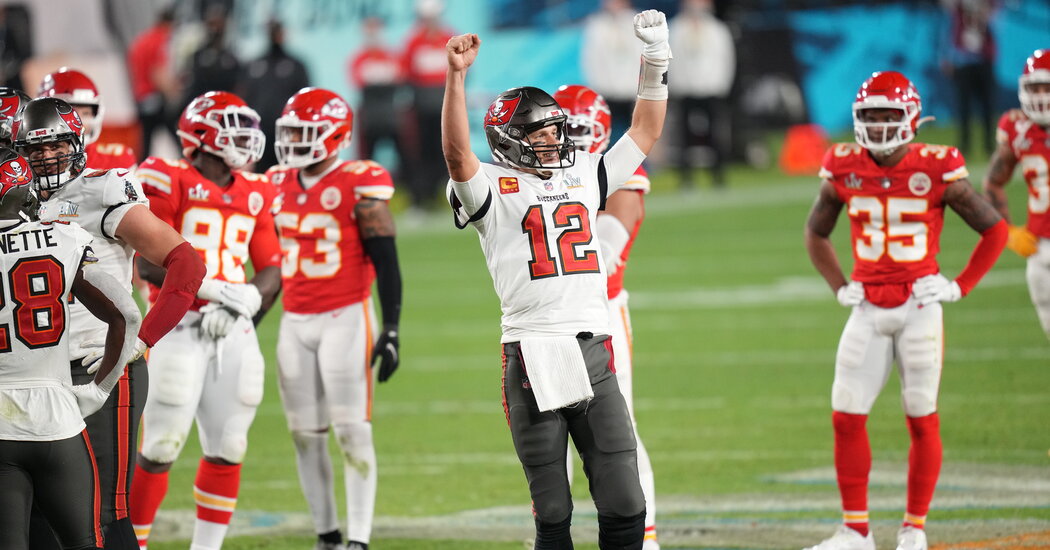 Questions about Tom Brady’s future intensified on Saturday after reports surfaced that he planned to retire after 22 seasons in the N.F.L. His agent declined to put a timetable on such a decision, or to confirm the veracity of the reports.

“Without getting into the accuracy or inaccuracy of what’s being reported, Tom will be the only person to express his plans with complete accuracy,” Don Yee, Brady’s agent, said Saturday in a statement. “He knows the realities of the football business and planning calendar as well as anybody, so that should be soon.”

Brady, who once said that he would retire only when his performance started to decline, this season led the league in passing yards (5,316), completions (485) and touchdowns (43) for the Tampa Bay Buccaneers. Brady, 44, and the Buccaneers lost last week in the divisional round of the playoffs to the Los Angeles Rams, after the quarterback nearly led his team to yet another incredible comeback.

Brady is under contract with the Buccaneers through the 2022 season, but the team would get back $16 million of his signing bonus should he retire.

At the time of the news breaking, a representative from the Buccaneers said he was unable to confirm Brady’s retirement. Bruce Arians, the team’s head coach, told The Tampa Bay Times that Brady had not informed the organization of his plans to retire.

Adding to the confusion, Brady’s retirement was splashed on the front of NFL.com, which cited its insider reporter Ian Rapoport. The retirement was also heavily covered by the N.F.L.’s official social media accounts.

A league spokesman, Brian McCarthy, meanwhile, said the N.F.L. had not been officially informed that Brady is retiring. The N.F.L. is not only a football league but also a media company competing to report news like any other, two ends that sometimes awkwardly intersect.

Yee’s statement attempted to pause the commotion, and potentially allow Brady to announce his future plans on his own terms, but the news cycle was already churning. At 4 p.m. Eastern time, Mike Silver reported for Bally Sports that Brady had contacted Buccaneers General Manager Jason Licht to tell him he had not made a final decision on retirement. The Bay Area news station KRON followed with a report citing Brady’s father, Tom Brady Sr., as saying that his son is not retiring.

ESPN said in a statement that it stood by the reporting of Schefter and Darlington, and Schefter reiterated that position on-air during an appearance on the network during halftime of a telecast of a college basketball game.

Brady’s public comments in the days since Tampa Bay’s season ended had seemed to point to his retirement. On his “Let’s Go!” podcast with Jim Gray last week, he talked about wanting to be more available for his wife, Gisele Bündchen, and three children and said he would make a decision with them about what’s next.

If this is it, so many details of Brady’s career sound apocryphal. His seven championships are more than any franchise has won. He would retire as the N.F.L.’s career leader in touchdown passes and yardage and victories. He has won the Super Bowl M.V.P. Award five times. Only one other quarterback, John Elway, even started in five Super Bowls.

Brady rose to stardom with the New England Patriots, ascending from a sixth-round draft pick in 2000, No. 199 overall, to the most prominent on-field member of an enduring dynasty. But with the Patriots unwilling to sign him to a long-term contract, Brady in March 2020 bolted for the Buccaneers, leaving the only team and head coach he ever played for, Bill Belichick, for one of the N.F.L.’s least successful franchises.

With the Buccaneers, Brady mastered a new offense, adjusted to new teammates and coaches and dominated the league, all while the coronavirus pandemic restricted in-person contact. He won his seventh title, over Kansas City, last February in the Buccaneers’ home stadium.