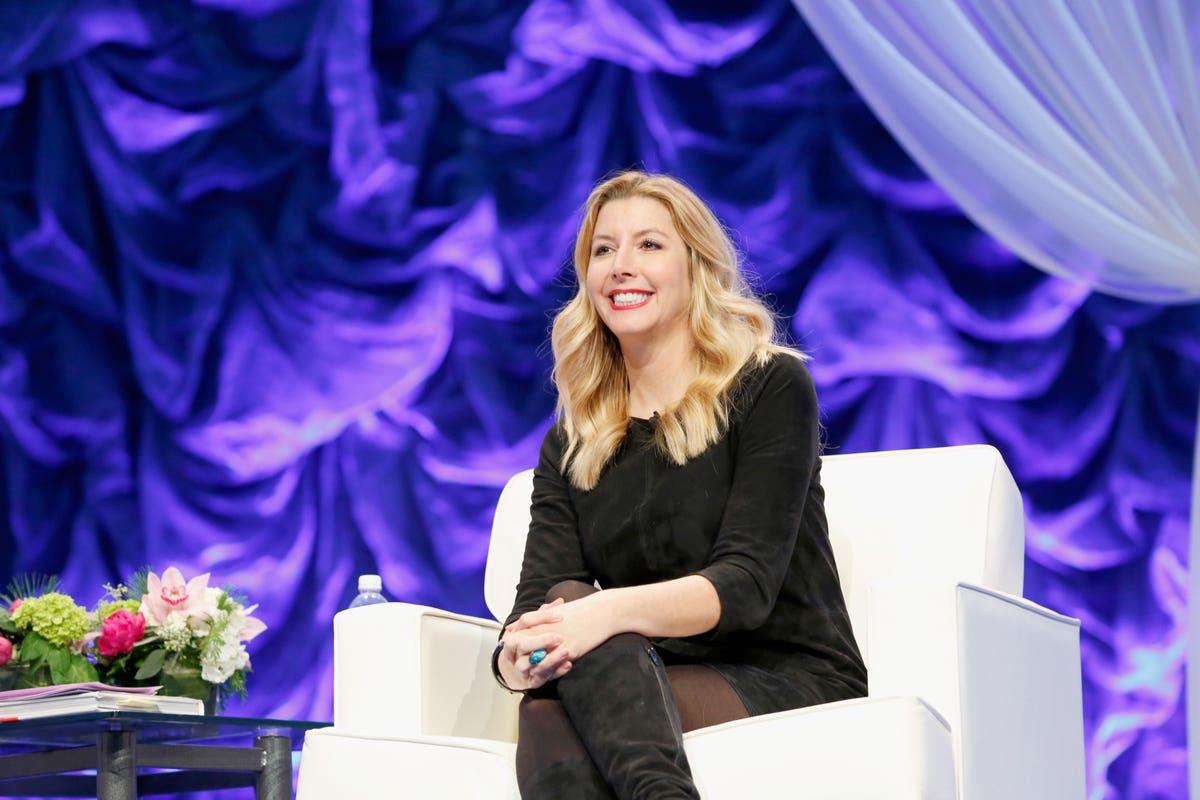 In October, Sara Blakely sold a majority stake in her womenswear brand Spanx to Blackstone in a deal that values the company at $1.2 billion. When the deal closes, Blakely will continue to hold significant equity in the company and oversee operations as executive chairwoman. The companies said they plan to grow Spanx’s ecommerce presence, expand their product range and create an all-female board of directors to further Blakely’s goal of empowering women. To celebrate the acquisition, Blakely gave all her employees two first-class plane tickets to anywhere in the world and $10,000.

It might seem like an instant success story to go from starting a business with $5,000 in savings to a billion-dollar valuation, but when Blakely spoke at the inaugural Forbes Next 1000 Summit she explained that it was far from easy and shared advice for other entrepreneurs.

Blakely said that the soundbite is that she wanted to wear white pants to a party in 1998. She didn’t want to have panty lines so she cut the feet out of her control-top pantyhose. When she realized how great she looked, she had an “aha” moment.

In reality, she says the backstory is that she wanted to go to law school but “bombed” the LSAT twice and, with her hopes dashed, decided she wanted to work at Disney World and dress up as Goofy. At 5’6, she was too short and got cast as a chipmunk. After a few months at Disney World, she sold fax machines door-to-door in her hometown Clearwater, Florida for seven years.

She faced a lot of rejection and, after a particularly difficult day, started crying and pulled over on the side of the road. She said she felt like she was in the “wrong movie” and knew she needed to make a change. When she got home, she wrote down her goal: “I want to invent a product that I can sell to millions of people that will make them feel good.” She told the universe that if she was given the idea, she would not squander it. She went back to selling fax machines. It wasn’t until two years later, that she cut her pantyhose and came up with her invention.

Blakely said that having a positive mindset helped her succeed and that it is “the single greatest asset any entrepreneur has” because it means they can push through obstacles, put out fires and pivot. She said she learned about the importance of having a positive mindset from listening to the motivational speaker Dr. Wayne Dyer. Her father gave her cassette tapes of his speeches when she was 16 years old and going through heartbreaking tragedies.

“Dyer back then taught me about the law of attraction, manifesting what you want and visualization, which have all been tools that I use to take on a billion-dollar industry with an endless ad budget with my five grand. I really think that’s part of my secret weapon,” she recalled. She joked that her classmates used to hate driving home from parties with her because she’d listen to the tapes. Some reached out after she was on the cover of Forbes to say they should have listened to the tapes all along.

Blakely trusted herself and was confident even though she had never worked in retail or taken business classes. Now she says she tells entrepreneurs that what they don’t know will be their biggest asset because not knowing how it should be done means they can be innovative. It gave her the curiosity and confidence to ask manufacturers to take the rubber cord out of the waistbands and to use lycra instead to make them more comfortable. “That was all just from someone with no previous experience, being willing to stand in a room with experts and challenge the way it was done,” she remembered.

She also credits her success to sharing why she created the product. She says she wanted to help women be comfortable and have a product that works. She also realized her grandmother and mother didn’t have the same opportunities, and that many women around the world still don’t, so she was going to push herself and advocate for them. “I always say, sell the problem you’re solving, not the product. People are far more emotional about that,” she says.

Blakely also recommends that entrepreneurs get comfortable with failure and work on not caring as much about what people think. It’s why she has done stand-up comedy and purposefully puts herself in embarrassing situations. “When you make a mistake, or you have a failure, or you have an embarrassing moment, if you allow it to become a great story, you’ve got a great asset,” she said. “That’s a really wonderful way to connect with other human beings.” She said her dad encouraged her to fail and that it helped her be comfortable taking risks.

Days after speaking at the Forbes Next 1000 Summit, Blakely made headlines again when she announced that Oprah Winfrey, Reese Witherspoon and Bumble founder Whitney Wolf Herd invested in the company. The investment firms G9 Ventures and Able Partners also backed Spanx.