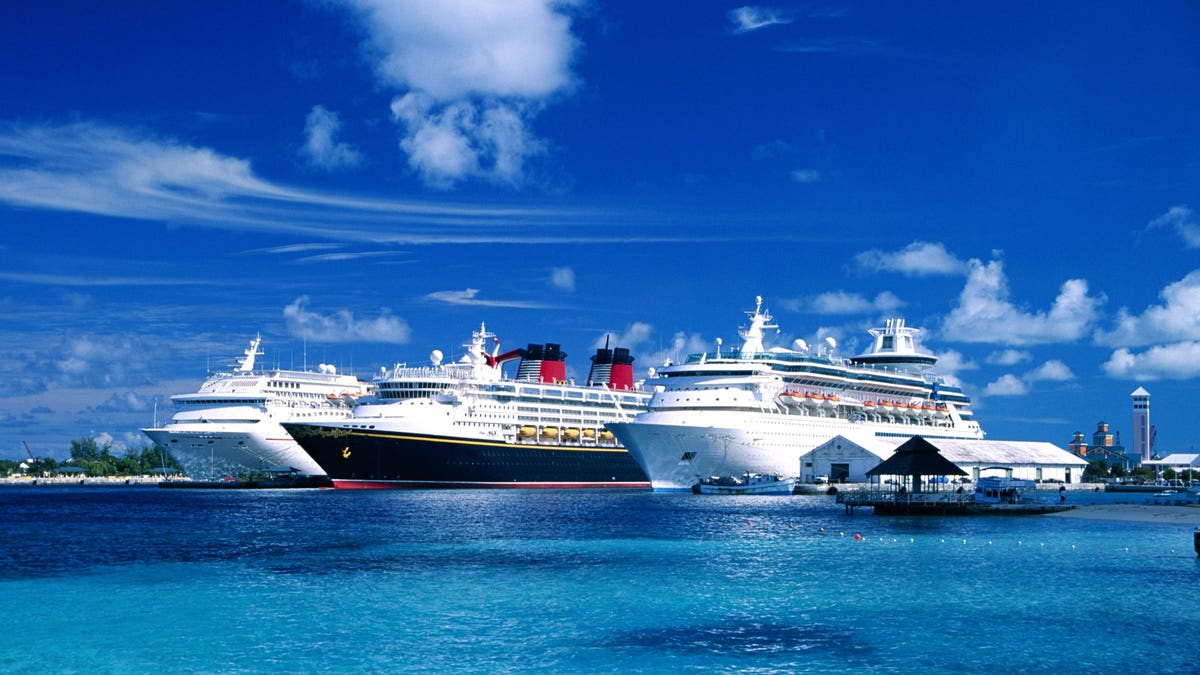 Cruise retailers—whether concessionaires or in-house—are going all out to capture revenge spending from cruise fans who, after a year stranded on land, are now able to take to the waves again.

Some of the novelties include jeweler Bvlgari’s first pop-up concept at sea on newcomer Virgin Voyages’ adult-focused vessel Scarlet Lady, and a three-floor high interactive ‘retailtainment’ space at the heart of MSC Seashore’s new Times Square shopping and entertainment concept.

A No Sail Order from the Centers for Disease Control and Prevention (CDC) has kept cruising—worth $155 billion globally—out of the picture for many months which has resulted in cruise travel retailers losing a lot of income, but also giving them more time to reassess their offers.

When the CDC’s Conditional Sailing Order was issued in May it was an opportunity to claw back some of the summer season. The cruise comeback includes spruced-up services as well as the arrival of some new ships like MSC’s Virtuosa, christened in May.

As part of some highly-publicised restarts—such as Norwegian Cruise Line’s Norwegian Gem’s return to the Caribbean from its Miami homeport from mid-August, or Royal Caribbean’s plans for 13 ship deployments from this September—retailers are pulling out all the stops.

Crystal Cruises is targeting the top end of the expedition market and president Jack Anderson wanted a retail program to match—and which he feels he got. “The products onboard significantly strengthen our new standard of luxury expedition cruising,” he said.

Starboard has also been busy in the more mainstream Mediterranean Sea market. On Celebrity Apex, which began its European itineraries in June, the company unveiled what CEO Lisa Bauer describes as “our most transformative and stylish retail experience to date.”

Other experiential and/or multi-sensory elements designed to drive consumer interest include:

Staying in Europe, MSC Cruises was one of the first lines back to sea and now has about half of its fleet back in service. The cruise line is one of the few with a dedicated in-house retail team. Commenting on the MSC Seashore offer, head of retail Adrian Pittaway said: “With 75% more retail space than onboard (sister ship) MSC Seaside, our new stores are designed to be open and welcoming. They feature exciting launches, with more to come when we reach Miami later in the year.”

In total, MSC Seashore has 11 stores including dedicated spaces for luxury beauty and prestige watchmaking brands like IWC and Panerai, set around a four-storey high glass sculpture from Venini, the Murano-based glassmaker. Pittaway commented: “Retail is an amazing part of a cruise experience; integrate it into the entertainment, and wonderful things happen.”

In the cut-throat battle for passenger volumes that has just started among cruise lines, the often-ignored retail segment is finally getting some extra recognition in the wake of Covid-19’s devastating impact on the business.

Ram Glick, an onboard revenue specialist with 25-years experience of the cruise, leisure and luxury industries, told me: “Retail is much more important now because many cruise lines are cruising with 40%-80% capacity. They might be offering low prices and onboard credit and complimentary amenities such as beverage packages (which are usually a big part of onboard sales) to lure guests back. So they will rely even more on revenue from retailing, spas, casinos, shore excursions and such.”

Getting those elements right is crucial right now if spending per head is to be increased successfully. One cruise line might be at an advantage. Billionaire Richard Branson’s Virgin Voyages has had the benefit of developing its shopping offer over a full four years in close partnership with its retail concessionaire, UK-based Harding, mostly while its first ship Scarlet Lady was under construction. The vessel made its maiden voyage earlier this month and two others, Valiant Lady and Resilient Lady, are pipelined.

Sally Barford, a senior director at Virgin Voyages said: “We challenged Harding to help us curate a bold collection of brands that offered the flexibility and diversity of the High Street at sea.” With a license to thrill, Harding’s retail offer of almost 6,000 square feet is unashamedly ‘adult-by-design’. It boasts theatrical and ultra-modern stores to sell items that Virgin’s demographic is likely to crave based on guest surveys, focus groups and brand roadshows.

A new type of cruise customer

Harding is targeting an entirely new type of cruise customer that Virgin Voyages wants to attract. So, for example, Scarlet Lady has a vinyl record store and a karaoke studio—music, from festival style line-ups to risqué cabaret, is a strong theme on the ship.

Among the products on sale is an exclusive red vinyl limited edition of punk band The Sex Pistols first album, of which only 1,000 copies are available. Other firsts at sea include products from doyenne of punk fashion Vivienne Westwood and footwear from Kat Maconie.

Across a substantially bigger shopping space of 12 shops and four stand-alone boutiques covering 10,500 square feet, Harding has introduced yet more novelties on P&O Cruises Iona whose maiden voyage took place in early August. They include the first boutiques at sea for Mulberry, The White Company, and fine jeweler Roberto Coin. Harding managing director James Prescott commented: “This is a real landmark in our history.”

The cruise retailer has contracts with more than 22 cruise lines worldwide and in recent years has, along with players like Heinemann and fine jewelry house Effy, taken share away from larger rival Starboard. But with the pandemic closing down much of the cruise business for many months, that increased share became a dead weight for Harding, whose pockets were not as deep as its rivals. Last year in May, the company resorted to a company voluntary arrangement (CVA) to reschedule its debts, overseen by KPMG.

Later in October 2020, Harding was 100% acquired from its former parent, Flemingo International, by asset-rich US hedge fund Davidson Kempner Capital Management, which should help to secure its position while the cruise business rebounds.

However a number of variables are still creating uncertainty for all cruise retail concessionaires. While cruise lines are taking extra precautions when it comes to Covid-19, infections continue to be reported. On a recent Carnival Vista trip to Belize from Galveston, Texas there was a Covid outbreak with one death reported despite all crew and 97% of the almost 3,000 passengers having been vaccinated. Why 3% were not—even though this complies with current CDC requirements—opens up cruise companies to criticism. Meanwhile the CDC warns against cruising altogether, noting that “the chance of getting COVID-19 on cruise ships is high.”