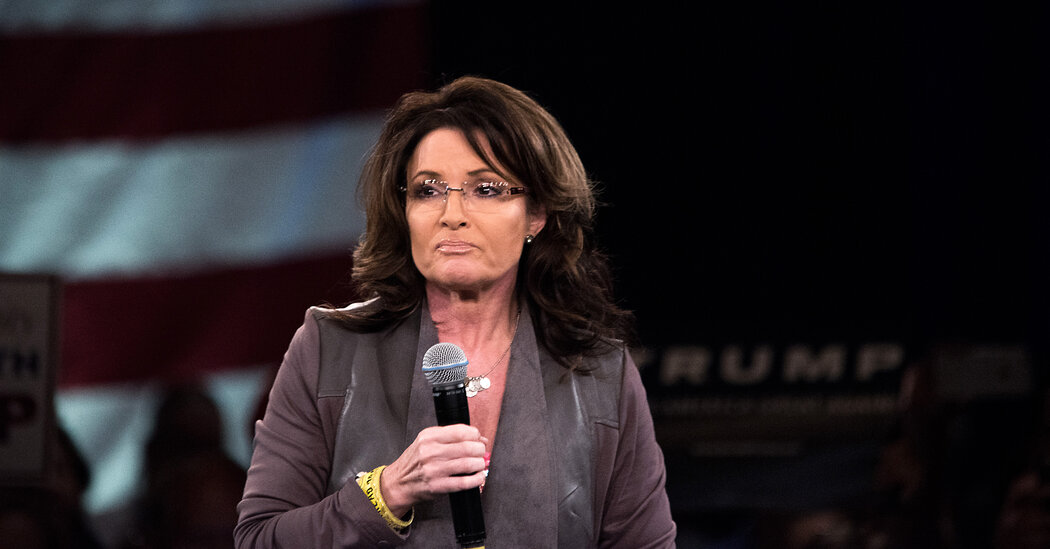 Sarah Palin has tested positive for the coronavirus, forcing the delay of her defamation trial against The New York Times until next week. The trial, which was set to begin with jury selection on Monday morning, is now scheduled to start on Feb. 3.

Ms. Palin’s in-person testimony in a federal courtroom in Lower Manhattan this week was expected to be one of the focal points of the trial. She sued The Times in 2017 after it published an editorial that erroneously asserted a link between her political rhetoric and the mass shooting in Tucson, Ariz., in 2011 that left six people dead and gravely wounded Gabrielle Giffords, then a Democratic member of Congress. The Times later corrected the editorial.

“She wants to be here for jury selection — she wants to testify live,” Mr. Turkel told the judge, Jed S. Rakoff. Ms. Palin has had three tests, all of which came back positive, according to the judge. He also said she was not vaccinated.

It is uncommon for a defamation case against a major news organization like The Times to advance to the point that it reaches a jury. It would be even less common for The Times to lose one of these cases — that has not happened in 50 years in an American court.

The law offers robust protections to journalists and news outlets when a public figure like Ms. Palin accuses them of defamation. The Supreme Court has said it is not enough for public figures to prove that their reputation was damaged; the publisher of the damaging report must have acted with “actual malice” by either knowing the information was false or displaying a reckless disregard for the truth.

But Ms. Palin’s lawyers have argued in court filings and in public that the law is too broad in shielding journalists from liability. The larger constitutional questions about the limits of press protections won’t come up in this trial, but they loom over the case, which is being watched closely by media organizations and First Amendment scholars.