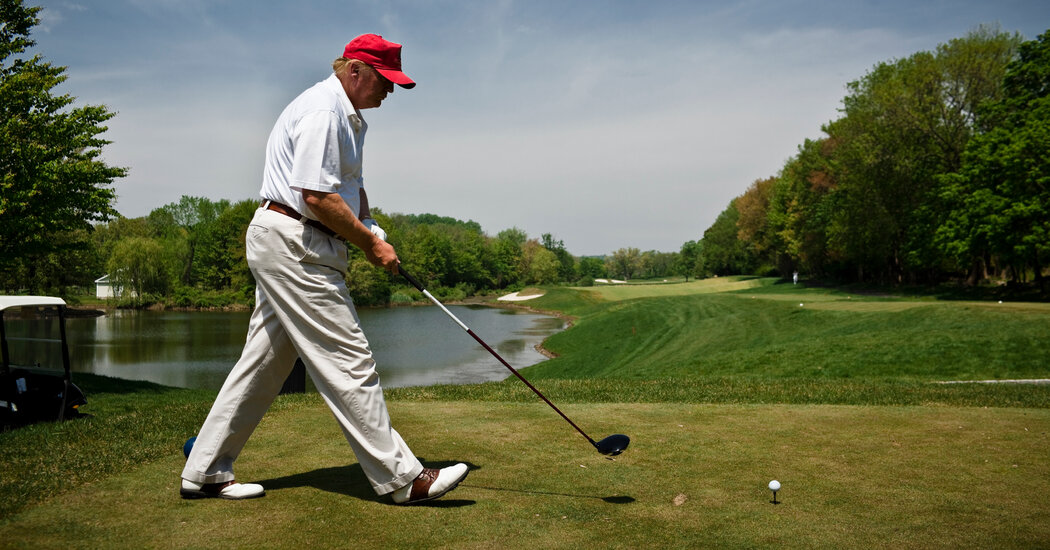 In 2015, for example, while seeking to refinance a loan on his 40 Wall Street tower in Lower Manhattan, Mr. Trump’s statement of financial condition estimated that the property was worth $735 million. Yet one lender concluded it was worth only $257 million.

A year earlier, Mr. Trump valued his Aberdeenshire golf club in Scotland at $435 million. But according to Ms. James’s filing, that estimate was inflated, thanks in large part to the Trump Organization’s erroneous assumption that it could build 2,500 luxury homes on the property when, in fact, it had approval to build fewer than 1,500 “holiday apartments,” residences and golf villas.

And for years, the filing asserted, Mr. Trump’s company included the worth of Mr. Trump’s personal brand in some of its valuations of golf clubs, despite saying that it had not.

While Ms. James did not show that the company benefited from every valuation, her filing contended that the company broadly inflated its assets, which may have provided an overly rosy picture of Mr. Trump’s finances to lenders.

Ms. James’s lawyers also argued that Mr. Trump submitted at least two misleading statements to the Internal Revenue Service, saying that he substantially overstated the value of land at both his Seven Springs Estate in Westchester County and his Los Angeles Golf Club. The value of Seven Springs, Ms. James said, had been boosted by counting the value of seven nonexistent mansions, said to be worth $61 million. Mr. Trump received tax deductions worth millions of dollars on both properties.

Investigators accused the Trump Organization of calculating the value of Trump Tower by falsely inflating the size of Mr. Trump’s longtime home: While Mr. Trump had claimed since 2012 that his triplex penthouse apartment in the building was 30,000 square feet, he had signed documents stating its size as 10,996 square feet.

The additional square footage allowed the company to claim a $327 million value for the apartment in statements of financial condition. Ms. James said that Allen H. Weisselberg, the Trump Organization’s longtime chief financial officer, had said during questioning by Ms. James’s investigators that the apartment was overvalued by “give or take” $200 million.