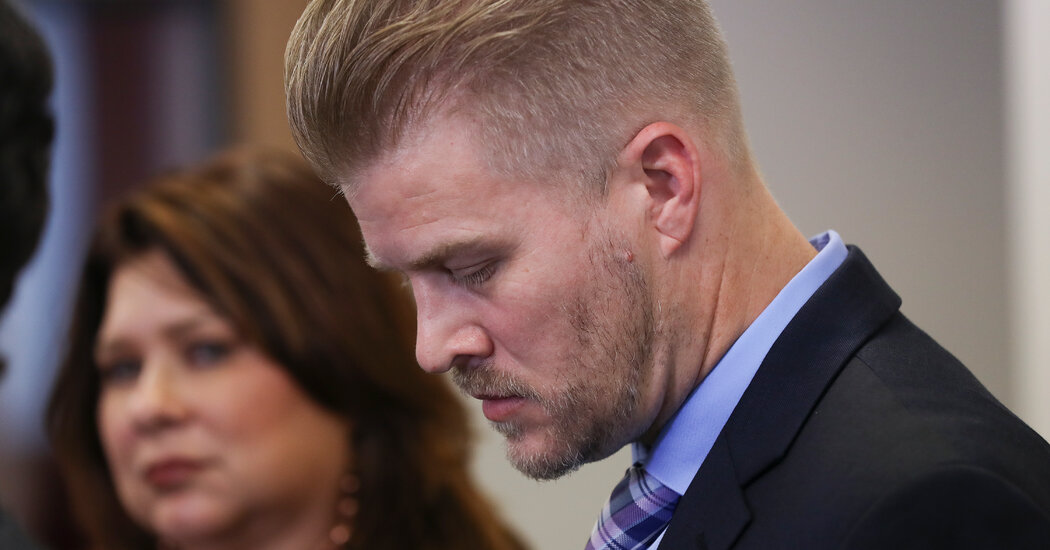 Among them was Mr. Baker, whose family hosted a fund-raiser for Mr. Bevin that raised more than $21,000 in 2018, according to The Courier-Journal, which won a Pulitzer Prize in 2020 for its reporting on the pardons.

A federal grand jury indicted Mr. Baker in May 2021, and a jury convicted him in August on a federal charge of murder committed during a drug trafficking crime, finding that he had unlawfully caused the death of Mr. Mills by using a firearm during a robbery or kidnapping.

Mr. Baker will receive credit for the two and a half years he previously served in state prison, according to the Justice Department. He was sentenced on Tuesday in United States District Court for the Eastern District of Kentucky.

Patrick Renn, a lawyer who represented Mr. Baker, said on Wednesday that an appeal would be filed. “Under dual sovereignty, the federal government does have jurisdiction,” he said. “But it does not happen often.”

The federal charges against Mr. Baker “came completely out of the blue,” Mr. Renn said.

“The Justice Department believed that in order to fully punish the acts that they believe Mr. Baker caused, they should pursue the case federally, even after the pardon,” he said.

Evidence supporting the conviction of Mr. Baker was “sketchy at best,” according to an executive order written by Mr. Bevin. Mr. Baker, he wrote, had “made a series of unwise decisions in his adult life,” and “his drug addiction resulted in his association with people that in turn led to his arrest, prosecution and conviction for murder.”

Mr. Bevin defended his pardons on Twitter after they were issued in 2019, writing that his process was fair and thorough. Any suggestion that financial or political considerations played a role in his decision-making process was “highly offensive and entirely false,” he wrote.

In June, the F.B.I. said it was investigating Mr. Baker’s pardon.