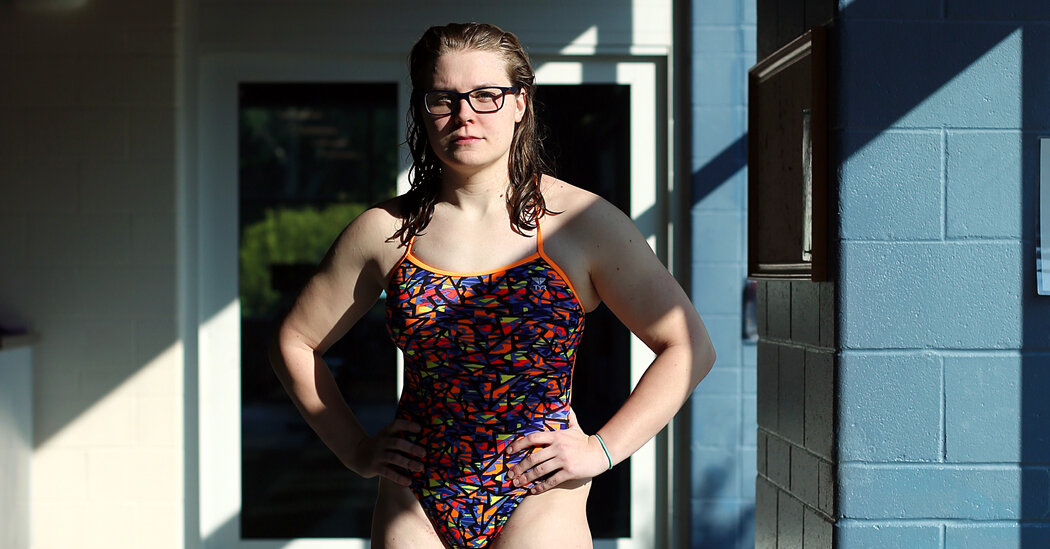 But then the same condition attacked her right leg, and doctors performed a second amputation below the knee in October 2019. Once again, Stickney went back to work, first learning how to sit up in bed, then to get in and out of a wheelchair, then how to walk on two prosthetic limbs. A few months later, she dove back into the pool again, this time with no lower legs, but still determined to compete at the highest level. On each step of her journey, with every milestone achieved, she had the undying support of her parents, Tony and Sheri.

To chase Morgan’s dream, the Stickneys sold their home in New Hampshire and moved to North Carolina so that Morgan could train with Payne, a U.S.A. Swimming coach who also teaches at the Triangle Aquatic Center in Cary. Payne has worked with several medal-winning Olympians, but never a paralympic swimmer. The Stickneys had considered other coaches, but chose to gamble on one who had no experience with swimmers missing their feet.

“Because I grew up as able-bodied, I didn’t feel like it was that much of a risk,” Morgan Stickney said. “I was used to that kind of coaching. The biggest risk was relocating and dad’s job.”

The gamble paid off, as Tony Stickney found work as a facility director for Dell computers. Most important, Stickney, the athlete, has thrived since joining forces with Payne, who helped refine her stroke to make it more efficient. Stickney said she would not be so close to her goal without her work with Payne, but coach and swimmer agree that something else helped her slice 30 seconds off her time in less than two years, something inside of her.

“I don’t know how many people would put in the amount of work that I have,” Stickney said. “A lot of people might think it has to do with talent. Honestly, it’s pure hard work that got me where I am today.”

In April, Stickney swam 400 meters in 4:43:70 at the World Para Swimming World Series in Lewisville, Texas, to take over the No. 1 world ranking (by about a half second) from the para-swimming legend Jessica Long, who has won 25 Paralympic medals, including 14 golds. Stickney’s time was the fastest any S8 swimmer had gone since Patterson set the world record in Rio. Stickney’s problem was that she still needed to find 3.37 seconds somewhere.