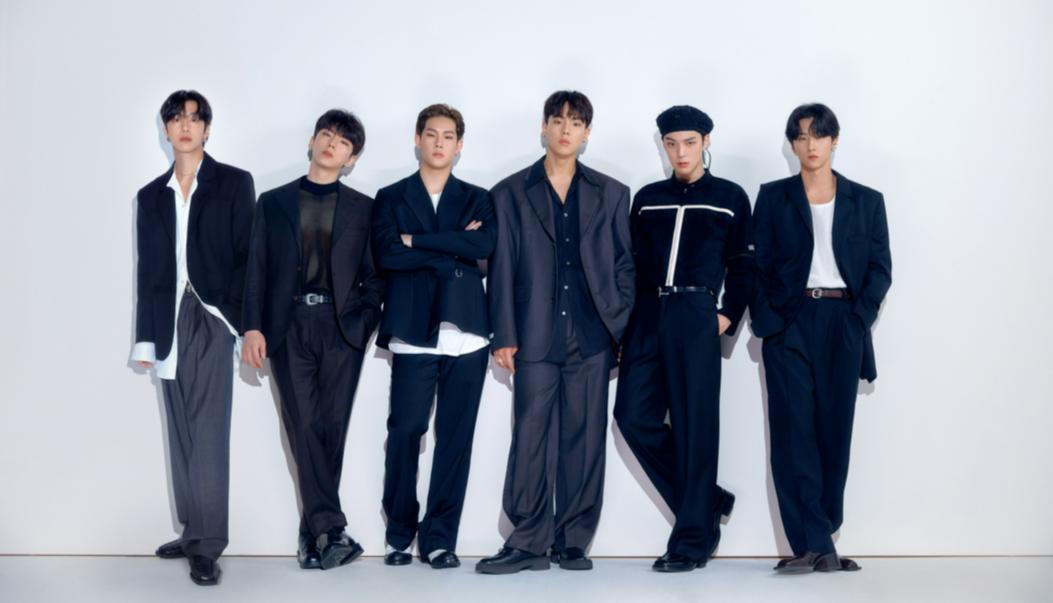 Monsta X is one of several South Korean acts that have appeared inside the top 10 on a number of Billboard’s various albums charts in America, but beyond that success, they have become proper pop hitmakers in the United States. For years now, they have been promoting hit singles to pop radio and scoring important and historic wins, and it seems like it has become easier and easier for the vocal band. Now, they’re looking to increase their popularity in the biggest music market in the world and round out 2021 right with not one, but two collections, ones which should appease different segments of their fan base.

The group just shared their latest Korean-language EP No Limit, and in less than a month, they’ll also drop an English album titled The Dreaming, their second in as many years. The outfit is planning on touring America soon, and they also have a film headed to theaters for fans to get a behind-the-scenes look into what a stage show looks like up close.

As they began promoting all their various projects and new musical endeavors, I spoke with Monsta X member Kihyun (through a translator) about their albums, touring and being busier than ever…well, almost.

Hugh McIntyre: Monsta X has a lot coming up in the next few months. You have an EP, an album, singles, and a tour. Is this the busiest period of your career?

Kihyun: Not at all. After we debuted, we were so busy. We slept only two or three hours a day.

McIntyre: So you have the Korean EP and then you have an English album not even a month later in December. What makes you guys want to release collections so close together?

Kihyun: Because it’s been a very long time since we [got to] meet fans, we want to release both Korean and English albums to satisfy all international monbebes [the name of Monsta X’s fan base]. Because of that, we worked harder to show a better side of ourselves and how we improved. That’s the motivation.

McIntyre: Tell me about the single “One Day,” because I just got to write about that charting in America.

Kihyun: “One Day” is basically about the emotions that someone can feel after breaking up or losing someone. Although we didn’t write the song ourselves, and they’re not technically our stories, basically everyone can relate to the songs and the emotions that come after losing someone and we put that emotion to the songs. And I hope that also listeners can connect and relate.

McIntyre: The English album is coming in December and it’s the second one in two years. Are you enjoying recording music in a third language? Is it difficult?

Kihyun: Actually it was very easy. It was easier than recording in Korean because the English is surprisingly easier to pronounce than the Korean language itself. Because it was our second time recording a full-length English album, we had a lot of fun recording it and we got to enjoy it much more than the first time around. I really enjoyed the recording process.

McIntyre: How is it different from the Korean album? You said the genre is different. What can fans expect?

Kihyun: Of course there are some tracks in Korean as well. On most of the tracks on the American albums, I have more chances to put in my emotion. I feel like the overall genre of American songs are very refreshing and it is different from what we try to express in most of our Korean songs. So yeah. Freshness!

Kihyun: I don’t feel a lot of anxiety or nervousness around this whole process. When we were invited to Jingle Ball, we were very much baffled that we are in the lineup with other amazing artists. Now that I think about it, I am very excited. I feel like because I was a trainee before, I feel like I can enjoy the tour much more this time. We have been telling our fans that we’re going to go there very soon and that we’re going to meet very soon, and now that is going to happen really soon!

McIntyre: Monsta X is touring America, you have another English album and you’ve got the single going. Clearly reaching an American audience and finding commercial success in America is a goal. How does it feel to be succeeding in that goal and to be reaching such a large audience?

Kihyun: Myself and the other members…we did not expect this success at all. Even when we were included in the previous Jingle Ball, I felt like…as we were performing in various cities, more and more audience members recognized us and could enjoy the songs. Even within a single concert, we could see that the audience was enjoying us. They performed during the single concert. So rather than comparing it to success, we are just very thankful that a lot of the English audience has been great.

McIntyre: The Korean EP is out now. How does it differ from everything else that you have made in the past?

Kihyun: In the previous album, and even in the one before that, we weren’t very powerful in terms of our sexiness or the overall concept. The stages were very restrained. But in this album, we will return the strong performance that we have always shown, and the stage will be very spectacular and very glamorous, I guess. I want all of our fans to look forward to the Korean EP.

MORE FROM FORBESMonsta X Ties NCT Dream, Got7 And TXT With Their Latest Certification In KoreaBy Hugh McIntyre