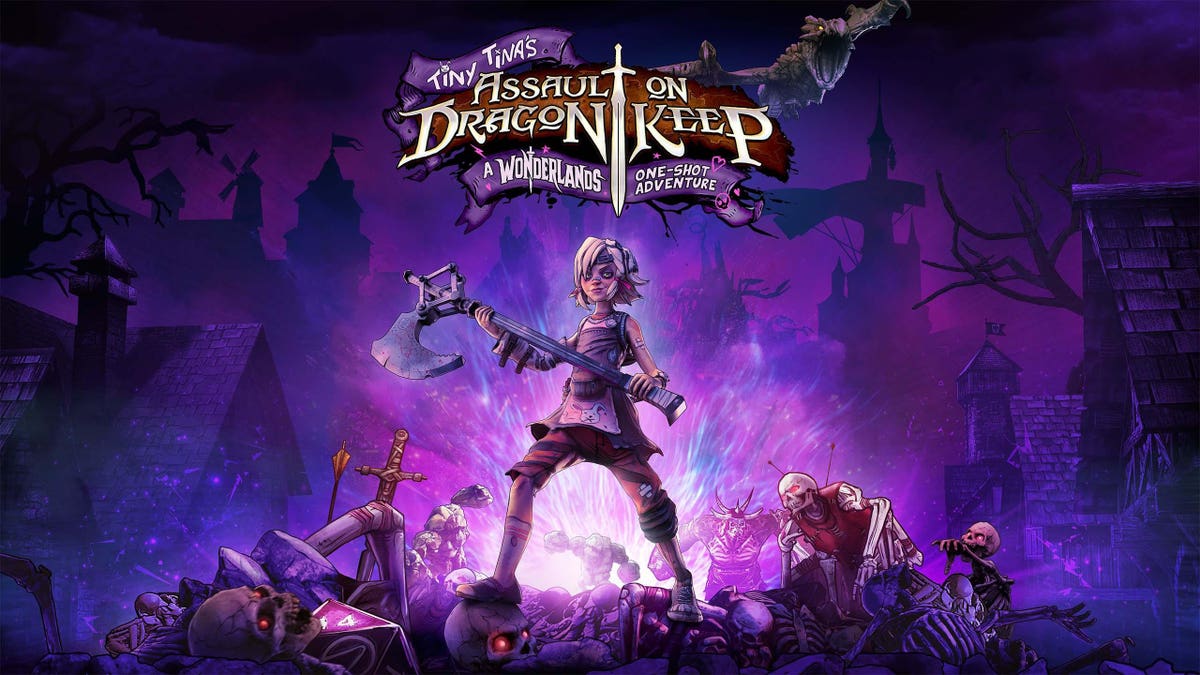 Borderlands spinoff Tiny Tina’s Wonderlands doesn’t release until next year, but you can play the Borderlands 2 DLC adventure that inspired it for free right now.

Gearbox released Tiny Tina’s Assault On Dragon Keep: A Wondrous One-Shot Adventure as a standalone game today. The game will set you back $9.99 on the PlayStation and Xbox stores as well as on Steam.

But you can play the adventure for free on PC via the Epic Game Store, where it will remain a free download through Tuesday, November 16th. That’s a week, so there’ no rush, but you should definitely download and play this zany first-person shooter for the low price of zero dollars (or even the low price of ten dollars if you don’t have a gaming PC or refuse to use the Epic Game Store).

Tiny Tina’s Assault On Dragon Keep came out way back in 2013 as a Borderlands 2 DLC and it shook things up quite a bit, blending tabletop roleplaying elements and spells with the cooperative loot-shooter.

Tina serves as the DM—or “bunkermaster”—which should make even the most experienced Vault Hunter nervous. Players, meanwhile, can choose from any of the six classes available in Borderlands 2. And you don’t need the base game to play, since this is a standalone product.

Naturally, all of this is a clever marketing scheme to get gamers hyped for Tiny Tina’s Wonderlands which comes out in March of 2022 barring any delays. Still, you might as well take advantage of a free game. This was a highlight of Borderlands 2’s post-launch content as far as I’m concerned, though I haven’t played it in many years.

And while it’s a small game, its 5.5 hour runtime is about what you’ll get from a Call Of Duty campaign and definitely worth the price of admission.