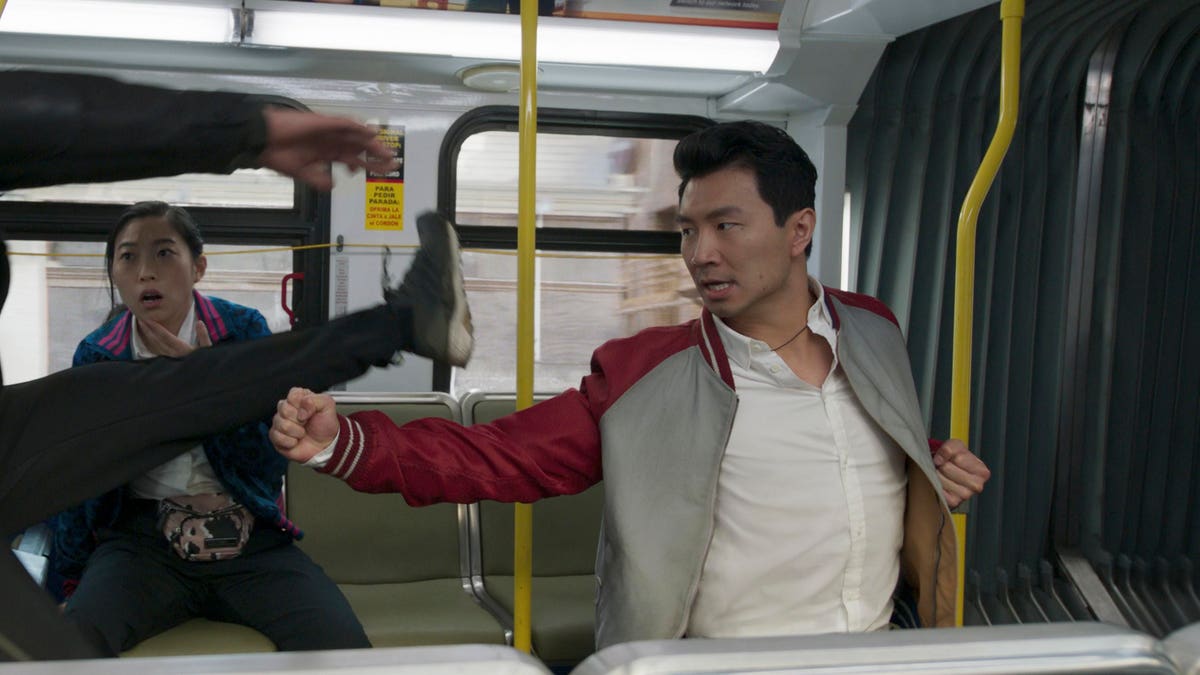 Destin Daniel Cretton has made himself very valuable to the MCU and to Walt Disney. Simply put, Shang-Chi and the Legend of the Ten Rings is the only Phase Four MCU movie that might actually spawn a successful franchise. To be fair, Kate Shortland’s Black Widow was a prequel for an established character, Scarlett Johansson’s Natasha Romanoff, who jumped off a cliff in Avengers: Endgame. Just because Chloe Zhao’s Eternals is a genuine commercial flop (it’s going to sell fewer tickets in North America than even The Incredible Hulk) doesn’t mean Marvel is doomed. But nor does it mean that Eternals, or the characters introduced in Eternals, are going to form a successful franchise going forward. Bad reviews, weak audience polling and lousy legs will see to that.

Spider-Man: No Way Home will hope to become the first $1 billion grosser since Star Wars: The Rise of Skywalker (and, if we’re being optimistic, the first $1.1 billion grosser since Frozen II), and it’ll be followed by sequels to Doctor Strange In the Multiverse of Madness on May 6, 2022, Thor: Love & Thunder on July 8, 2022, Black Panther: Wakanda Forever on November 11, 2022), The Marvels (Captain Marvel 2) on February 17, 2023, Guardians of the Galaxy Vol. 3 on May 5, 2023 and Ant-Man and the Wasp: Quantumania on July 28, 2023. We can surmise that the next films after that will be Blade, Fantastic Four and Captain America 4, which will be either sequels or re-adaptations of previously adapted Marvel superheroes.

I’m sure these films will be varying degrees of “very successful.” However, the whole “new-to-audiences Marvel superheroes being turned into A-level MCU movie stars” thing? The very thing that made the Marvel Cinematic Universe into Hollywood’s biggest and most dominant pop culture brand? Well, that seems to be taking a theatrical sabbatical for a while even many of the Disney+ shows (Loki, Hawkeye, She-Hulk, etc.) seem to be merely re-litigating the stories of established characters and/or bringing in younger, more modern variations of established heroes. Alas, Chadwick Boseman’s death puts what otherwise would have been a conventional MCU franchise in the skewed position of turning Wakanda Forever into a torch-passing sequel as well. That leaves Shang-Chi and the Legend of the Ten Rings in a very valuable position.

It was an entirely new/99% self-contained MCU adventure that A) earned $430 million, or almost three times its $150 million budget, in theatrical alone and B) earned rave reviews, terrific buzz and strong “I’d like to see more of this” reactions for fans and general audiences alike. Due to the mixed reception for Black Widow (Disney+ Premier Access complications notwithstanding) and downright hostile or aggressively indifferent reception to Eternals, the Simu Liu/Awkwafina wuxia fantasy is the one shining star for the MCU in terms of “new” franchises post-Endgame. And while Covid conditions absolutely impacted overseas box office (and domestic to a much smaller extent), Shang-Chi 2 has a shot to do essentially as well as Legend of the Ten Rings would have performed in conventional times.

A healthier domestic and overseas marketplace, plus a run in China, would position Shang-Chi 2 for a global gross closer to Thor: The Dark World ($668 million) or even Thor: Ragnarok ($854 million) than Thor ($449 million). The sequel can bring back most of the last film’s popular characters (including an antagonistic or anti-hero role for Meng’er Zhang’s Xailing) with a different genre ready for the taking. A sequel could lean into earlier 007-ish Shang-Chi: Master of Kung-Fu comics, perhaps with Clive Owen or Dev Patel as Clive Reston as a kind of meta-aware casting. Regardless, Shang-Chi is uniquely positioned to be a breakout sequel even by MCU standards, with or without Brie Larson (who has appeared in every Cretton-directed film since Short Term 12) tagging along.

I don’t know the terms of Cretton’s deal with Marvel, which also includes Disney+ content, but at this point he’s worth his weight in gold. Shang-Chi is the one “new” MCU movie that actually succeeded both artistically and commercially as a viable theatrical franchise. With Marvel frankly overdosing on sequels over the next two years, Shang-Chi is going to stand out as the only successful “new” MCU property between Avengers: Endgame and whenever they go back to trying to turn C-level properties into A-level movie stars. The next two years will be big movies cashing in on prior (and entirely earned) MCU successes. Shang-Chi and the Legend of the Ten Rings is set to be the only recent success rooted entirely on the future.