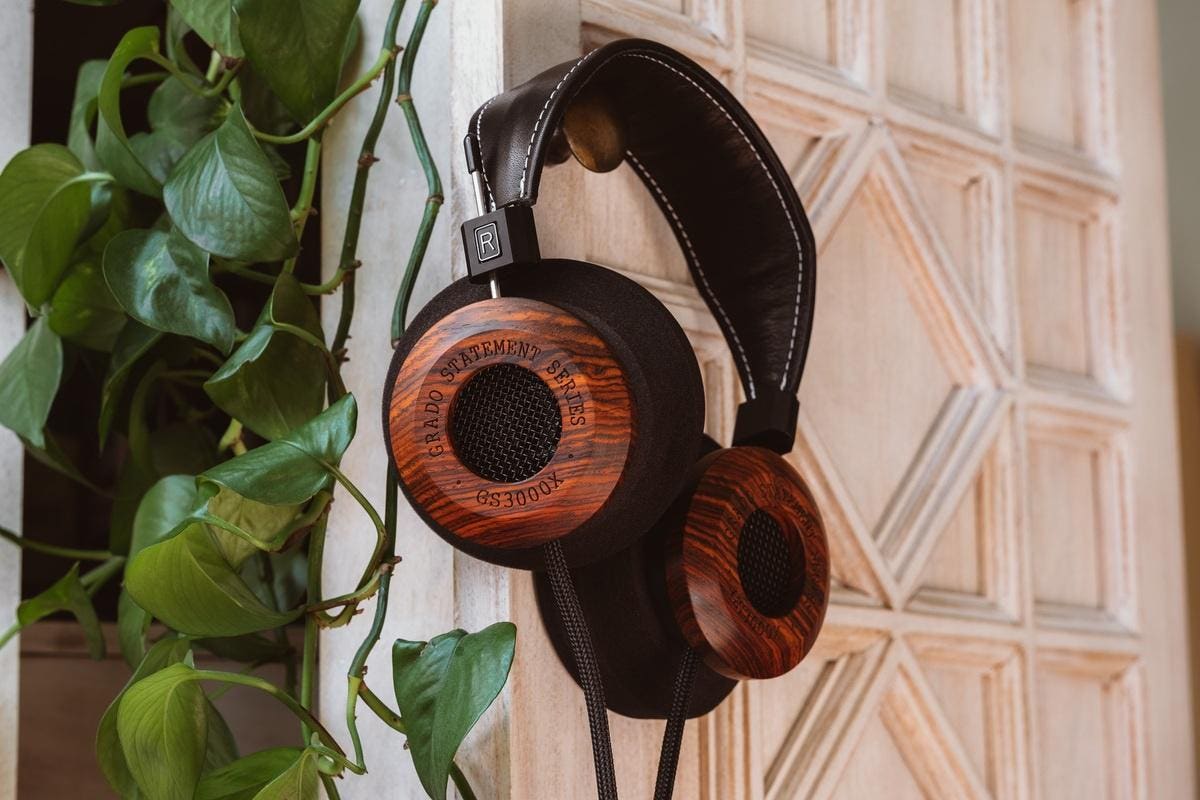 Brooklyn-based headphone brand Grado is introducing its new Statement Series of headphones today, which sees the introduction of fourth-generation X Drivers to the wooden GS3000x and GS1000x models.

The GS1000x model combines mahogany and ipê wood, while the GS3000x houses Grado’s most powerful driver inside a metal chamber encased in a single body of cocobolo wood. Along with the superior sound delivered by the new X Drivers, the GS3000x and GS1000x are also kitted out with Grado’s improved 12-conductor braided cable and redesigned headbands.

Both new models are hand assembled in Grado’s Brooklyn factory. Grado claims the flagship GS3000x is the best-sounding headphone the company has made since the brand was established seven decades ago.

The new X Driver is the largest to be placed in a Grado headphone ever. With a diameter of 52mm, the drivers are specifically tuned to bring out the characteristics of cocobolo wood and the precision of metal. In addition, this speaker design uses a robust magnetic circuit, a voice coil with decreased effective mass, plus a reconfigured diaphragm.

Teeming with texture and emotion, cocobolo’s sonic properties and innate mass makes it the perfect wood for the new speakers. When paired with its metal inner chamber, the mass is increased further, providing extra rigidity to the driver. Cocobolo offers striking patterns and colors with no two pairs appearing identical.

Building on two decades of Grado’s most important headphone designs, the hybrid GS1000x model uses mahogany and ipê wood together for the first time. Of course, mahogany has long been used in almost all Grado’s wooden headphones and phono cartridges. However, combining mahogany with a type of wood not yet used by Grado called for a delicate balance. Mahogany exudes warmth and texture, while Grado says ipê improves the structural integrity of the sound passing through the grains of the housing.

“I remember trying on the first GS1000 decades ago when my dad (John Grado) brought the first pair upstairs from the workbench”, says Jonathan Grado. “I was seven or eight and they swallowed my head. So the fact that they are in their fourth generation today is a testament to the design of the original GS1000. And I’m sure my mom has that photo somewhere.”

In 30 years, Grado Labs has only released four generations of drivers. The company deliberately avoids yearly update cycles and only places new drivers inside headphones when there is a significant upgrade. The company claims X Drivers are entirely redesigned. Both the GS3000x and GS1000x have been specifically tuned for the wooden enclosure they’re housed in.

The two new headphones will be greeted with excitement by fans of Grado products. The company has built up an enviable reputation for producing some of the best handmade headphones on the market.