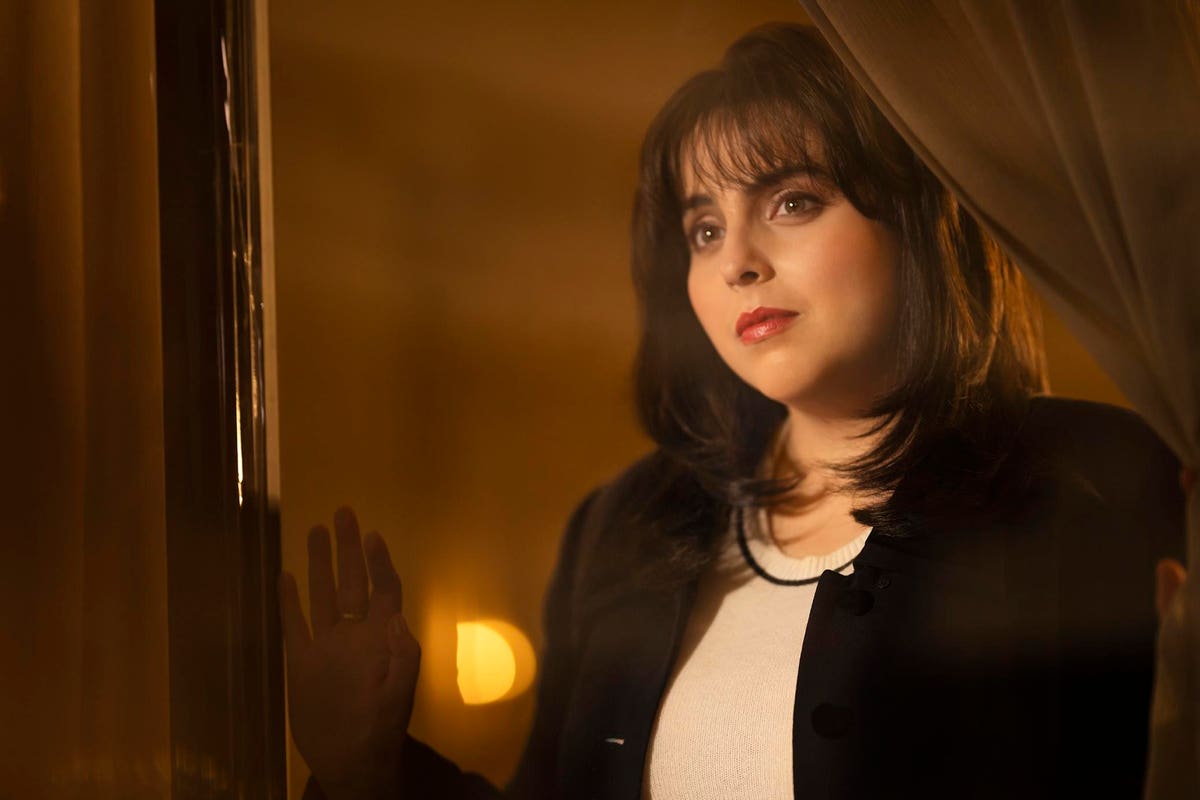 When the impeachment trial of the 42nd president of the United States, Bill Clinton, was in the media every day, Beanie Feldstein was just a small child. In fact, the actress was merely five years old at the time.

Now, she’s portraying one of the central figures in the story, Monica Lewinsky, in the limited series Impeachment: American Crime Story.

The narrative of the piece tells the story of the proceedings, and what led up to them, through the eyes of the women at the center of the events – Linda Tripp, Paula Jones, and Lewinsky. All three were thrust into the public spotlight during a time of corrosive partisan rancor, shifting sexual politics, and a changing media landscape.

Feldstein says that while the time she spent with the real Lewinsky was limited, it was informative in a unique way. “Monica and I had one in-person meeting before the Coronavirus. We had a beautiful kind of ‘get to know you, and because of Coronavirus, she was not able to be as present on set, so, honestly, we had more of a friendship than we do a working relationship.”

She says that when she received the scripts for the series she got a ‘great gift’ because, “I knew that every word that I was saying was approved and had been to Monica first. By the time it got to me, I was sure that everything in there was something that she felt comfortable with, she felt was real to her life, and felt represented her.”

Executive Producer Nina Jacobson says of the importance of Lewinsky’s involvement in the series, “Monica did not have a voice during this entire, really, unbelievably overwhelming series of events that happened. So, to have been silenced and really culturally banished for 20 years, there was no way we could make this show and not give her a voice. It would have felt utterly wrong.”

The undertaking was challenging for Lewinsky, as well as the creative team says Jacobson, because, “[With] the demands of a narrative and true-life events, you’re always having to find the balance of how to drive your narrative forward while staying true to the emotional truth and, in our case, a heavily documented series of events. So, [Lewinsky’s] contributions were invaluable. It was not easy for her, and it was not always easy for us, but it was worth every moment.”

Fellow Executive Producer Brad Simpson adds that Lewinsky was, “was really respectful in the process, in terms of [the] other characters. Obviously, this is Monica’s story, but we’re showing a tapestry of characters [in the narrative.]”

Because she was too young to take in what happened in real-time, Feldstein said that she, “was as about as blank of a slate as you could possibly have, given that this is such a known story and it’s a huge American historical moment. Because of my age at the time, I was really taking this in for the first time. So, in that way, I didn’t have my own preconceived notions. I understand completely what we were up against as far as what people thought of [Monica Lewinsky] at the time. It was deeply important to me to unravel that and redeem her.”

She says that she learned that Lewinsky is, “a deeply loyal person, deeply loyal to everyone that she comes in contact with,” and that the series delves into her familial relationships as well as her previous romantic relationships, examining just how those contributed to her involvement with Clinton and the aftermath of that interaction.

It’s because of this loyalty that Feldstein feels Lewinsky connected with another central figure who plays a crucial role in Lewinsky’s life, Linda Tripp. She explains, saying, “I think Linda is actually quite charismatic. That’s very important to understanding why these two developed such a deep relationship – they’re taken with one another, and so really [in Impeachment] the central relationship is not Monica and Bill. The central relationship is Monica and Linda. It’s the story of their coming together, their discovery of one another, and then their eventual parting ways, of course, with this huge, unbelievable betrayal.”

Overall, it was a life-changing experience for Feldstein to play this role she says. “I have never been given an experience like that to portray, that dramatic, one that is also someone’s life. It was incredibly taxing, but it was the most rewarding experience I’ve ever had as an actor.”