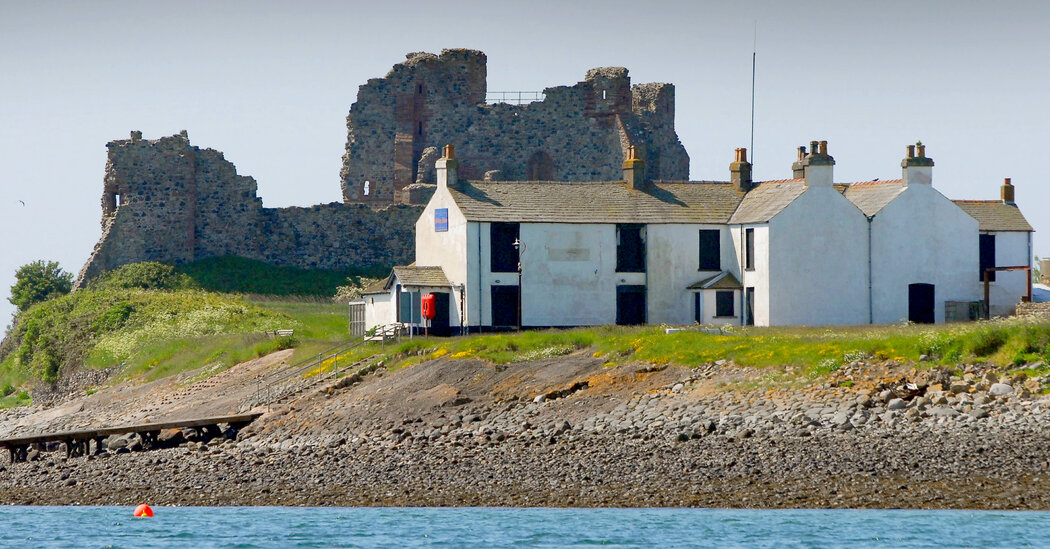 The island is also where Lambert Simnel, the young son of an Oxford tradesman, landed in June 1487 with an army of mercenaries and a claim to be the rightful heir to England’s throne. He marched on London, was promptly defeated by Henry VII, and wound up a kitchen servant.

The “King of Piel” custom was probably invented in the early 19th century as a reference to Simnel’s doomed claim, Mr. Douglas said. “Sort of a looking back to the good old days, and reinventing some kind of arcane ceremony,” he said. “It’s a bit weird.”

In the fall and winter, the history buffs and picnickers leave the island to the birds, the seals and two full-time residents in one of the private homes. “It’s a very tranquil place,” Mr. Murphy said. “If you don’t have any customers, you have to be a Robinson Crusoe and enjoy the facilities that you’ve got in your mind.”

Mr. Callister said some parts of the landlord’s contract would be negotiated with the council, including pay and whether the landlord would have to live on Piel year-round.

“It’s an opportunity for somebody that’s really open-minded, loves that style of business, loves the outside, loves history,” Mr. Callister said. “At the end of the day, when we all get a little bit older, you think, ‘I wish I’d have done that.’ Don’t pass that opportunity over.”

Mr. Murphy said the job requires someone who, at minimum, doesn’t mind a lot of time alone. He described the winter as “very harsh indeed,” with storms bringing heavy wind and rain. “You are virtually stuck on the island alone.”

And once you’re there, you have only so many ways to leave. When the tide recedes, it’s possible to walk — carefully, if you know the way — across two miles of sand. But when the tide returns, the only transport is a small ferry that Mr. Murphy described as “a rowing boat with a little engine on the back.”