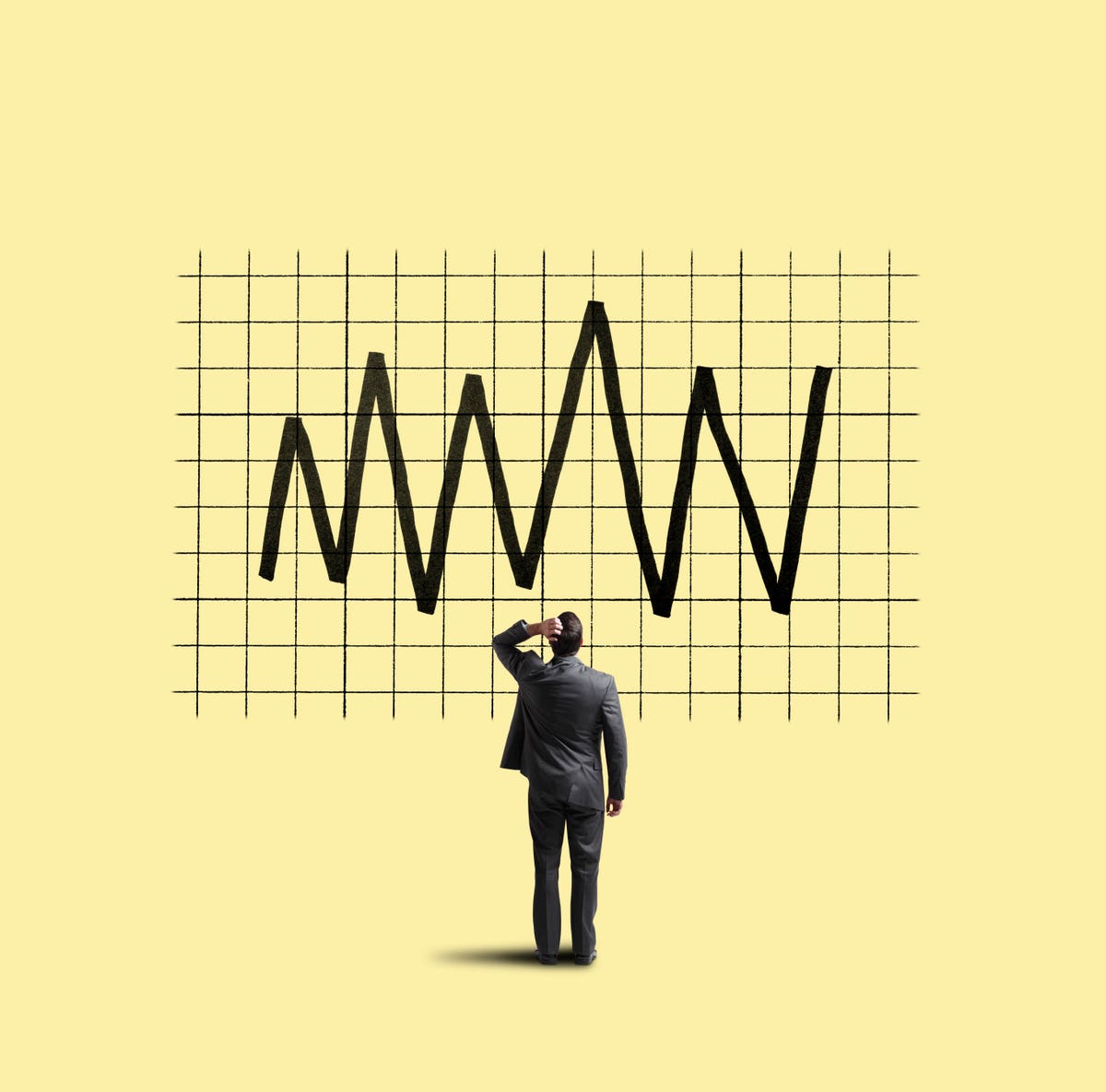 For the second week in a row, the weekly changes in the market averages hid the volatility that many traders experienced. As far as big tech is concerned it was another week where some owners of large technology shares were happy, and others were not.

Most holders of Meta Platforms Inc. (FB) were not happy even though it was a consistent favorite of guests on CNBC. According to the WSJ a month ago, there were 38 buy recommendations from analysts,11 holds, and just one sell recommendation.

Most of the analysts I believe use primarily fundamental, earnings-based data, to determine their buy/sell opinions and price targets. Conclusions based on technical analysis, that depend on the interpretation of hard market data, are often quite different.

The weekly chart of Meta Platforms (FB) shows that its price high at $384.33 came last September and it subsequently made a series of lower highs closing 2021 at $336.35. A pattern of declining prices is a sign of weakness. FB closed the week well below its weekly starc- band after dropping over $64. The relative performance (RS) measures how FB performs versus the S&P 500. The RS dropped below its WMA on September 24th which was a sign that it was acting weaker than the S&P.

When FB made its high last September the volume was low and the on-balance-volume (OBV) dropped below its WMA two weeks after the high. The subsequent decline below the support at line c, was a further sign that the sellers had taken over. It is also a negative sign that so far in 2022 FB has consistently closed below its 20 week EMA.

In contrast to the 21.4% decline in FB last week, Amazon.com (AMZN) was up 9.5% and Alphabet (GOOGL) gained 7.5%. At the start of the week, the technical studies were still negative on AMZN but were positive on GOOGL.

As pointed out at the end of January the monthly S&P 500 advance/decline has been positive since early 2016 and shows no signs of turning negative. The weekly S&P 500 A/D line has turned up from support (line b) but is still below its WMA. It is positive that the A/D line made a new high in December, line a. A decline below the recent low will signal a deeper market correction.

The daily chart of the Invesco QQQ Trust (QQQ) clearly illustrates the tenuous nature of the rally from the January 24th low of $334.15. The high last Wednesday of $370.10 was above the monthly pivot at $366.49 but below the 50% retracement at $371.43. This level needs to be overcome to signal a further rebound.

The Nasdaq 100 A/D line made it above its WMA last week but closed below it Friday even though it rose slightly. A strong move above its WMA and the recent high would be bullish while a drop below Thursday’s low will reassert the downtrend in the A/D line. The NYSE A/D lines (not shown) need to overcome the resistance from the late 2021 highs to signal that the correction is over.

The yield on the 10 Year T-Note surged on Friday to close at 1.930% as the flag formation, lines a and b, has been decisively overcome. The upside targets are for an eventual move in yields well above 2%. This could be anticipating a much higher CPI report on Thursday, or it may have already factored in a worse number than the expected yearly rate of 7.1%. The weekly MACDs are both positive and rising which is consistent with a further move higher in yields.

Until there are clear signs that the market decline is over buyers should be selective though I still view the recent decline as a correction within the longer-term positive trend.