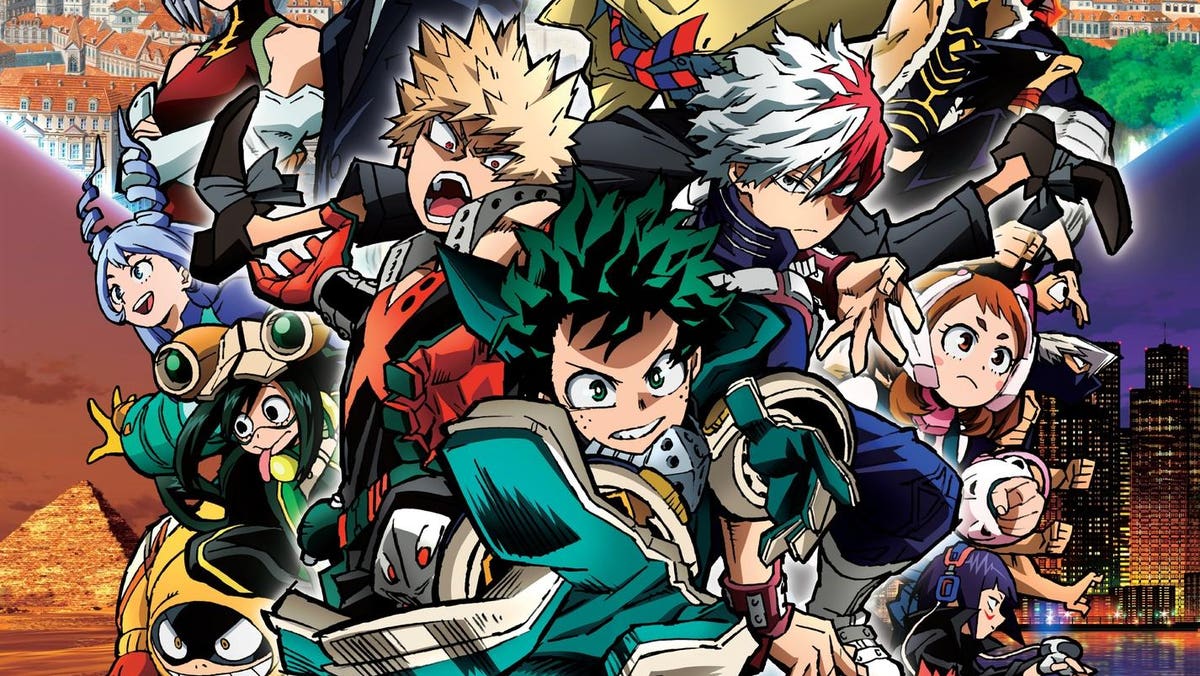 In what was a grim Friday for newbies, Funimation’s My Hero Academia: World Hero was the top new release last night. The anime feature earned $2.88 million in 1,600 theaters to set the stage for an $8 million opening weekend. That’s obviously below the $21 million debut of Demon Slayer The Movie earlier this year, but it’ll already surpass the $5.8 million cume of My Hero Academia: Two Heroes in 2018. These domestic releases are the very definition of low-risk, low(er) reward, although that these films seem to be performing better than the majority of pandemic-era “not a tentpole” theatrical releases is disconcerting to say the least. My daughter has “outgrown” this property, so I can’t speak to its quality.

Edgar Wright and Krysty Wilson-Cairns’ Last Night In Soho earned just $1.92 million on Friday, setting the stage for a $4.3 million opening weekend. This time-hopping horror fantasy starring Thomasin McKenzie and Anya Taylor-Joy was always going to be a tougher sell than Baby Driver, although its domestic failure highlights that non-ensemble star power is essentially/currently dead at a theatrical level (The Queen’s Gambit fans certainly didn’t show up) and that there’s a $5 million ceiling (The Last Duel, Malignant, Last Night in Soho, etc.) on non-event flicks. The whole “theaters only play the IMAX-friendly stuff while everything else is streaming or VOD” future is may have been kicked into hyperdrive by the pandemic.

Searchlight’s Antlers earned $1.35 million on Friday for a $3.91 million domestic debut. The long-delayed (mostly by Covid) Keri Russell-starring and Scott Cooper-directed horror flick certainly didn’t benefit from the “produced by Guillermo del Toro” pitch, although I’m guessing his star-studded (Bradley Cooper/Cate Blanchett/Rooney Mara/Toni Collette/Willem Dafoe/etc.) Nightmare Alley is a brighter bet come December. The reviews and buzz were mixed, so that this opened somewhat close the much-more-blogged-about Last Night in Soho and The French Dispatch almost counts as a win. Ironically, had Paramount opened Paranormal Activity: Next of Kin theatrically this weekend instead of on Paramount+, it might have won the weekend or at least topped the other new releases.

The French Dispatch expanded to 788 theaters and earned $800,000 on Friday for a likely $2.69 million wide-release debut. That’s a $3,997 per-theater average, which is almost “good” under the circumstances, but last weekend’s $26k per-theater-average (in 52 theaters) was clearly a matter of getting one week of good news before it went wide to mostly empty auditoriums. The Wes Anderson flick has earned mostly decent reviews, although the all-star ensemble (Timothée Chalamet, Jeffrey Wright, Benicio del Toro, etc.) didn’t move the needle all that much. This is a less commercial flick than Moonrise Kingdom or Royal Tenenbaums, but it’s still the kind of result that bodes ill for “not a franchise flick” movies in 2022 and beyond.

Sony released Ghostbusters back into theaters this weekend. The 1984 comedy will earn $225,000 over the weekend, which to less than the $555,000 it earned in its Fri-Sun July 4th weekend reissue in 2020. That was enough to put the Ivan Reitman-directed fantasy in the top spot for the domestic box office. Thank heaven for small favors, in that $225,000 is only enough for 13th place in late 2021. Tracking is looking decent for Ghostbusters: Afterlife, with a likely performance ironically on par with Ghostbusters: Answer the Call ($126 million from a $46 million debut in summer 2016). If the Jason Reitman-helmed legacy sequel cost closer to Venom ($90 million) than Paul Feig’s Answer the Call ($144 million), that will be fine.