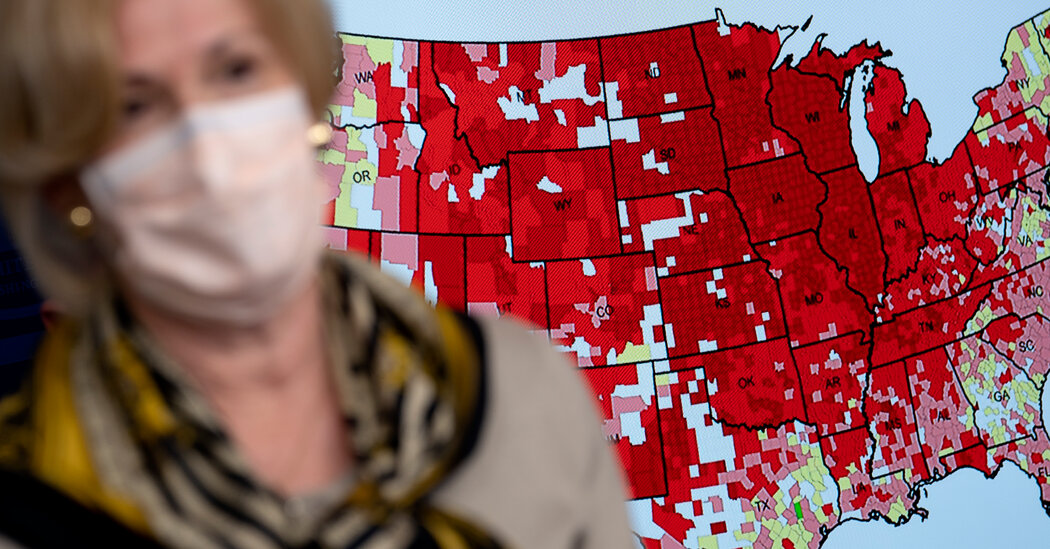 In closed-door testimony before the House Select Subcommittee on the Coronavirus Crisis, Dr. Birx said that tens of thousands of deaths could have been prevented after the initial phase of the pandemic if Mr. Trump had pushed mask-wearing, social distancing and other efforts to slow the spread of the virus.

“I believe if we had fully implemented the mask mandates, the reduction in indoor dining, the getting friends and family to understand the risk of gathering in private homes, and we had increased testing, that we probably could have decreased fatalities into the 30 percent less to 40 percent less range,” Dr. Birx testified, according to excerpts provided by the committee.

The committee’s interview with Dr. Birx was conducted on Oct. 12 and 13. In her testimony, she also lashed out at Dr. Scott Atlas, a former Stanford neuroradiologist who became an adviser to Mr. Trump and advocated for allowing the virus to spread through much of the population in order to let otherwise healthy people build up immunity against it.

She told the committee that Dr. Atlas had relied on incomplete information to draw dangerous conclusions that she felt could have long-term consequences for people who were infected with the virus and got sick.

“I was constantly raising the alert in the doctors’ meetings of the depth of my concern about Dr. Atlas’ position, Dr. Atlas’ access, Dr. Atlas’ theories and hypothesis, and the depths and breadths of my concern,” she said, referring to a group of doctors involved in the White House response who gathered regularly.

During her testimony, Dr. Birx said she repeatedly pushed Mr. Trump and others in the White House to do more to embrace efforts to mitigate the spread of the virus, especially in the fall of 2020. That was a period when Dr. Atlas was at the White House and Dr. Birx spent most of her time on the road, traveling from state to state to urge them to embrace prevention measures.

Asked whether Mr. Trump did everything he should have to counter the pandemic, she said: “No. And I’ve said that to the White House in general, and I believe I was very clear to the president in specifics of what I needed him to do.”

Dr. Birx’s description of her clashes with the White House last fall conflicts sharply with reporting about her actions earlier that year. She often argued to others in the White House that the pandemic was receding throughout April and May.

An article in The New York Times in July 2020 disclosed her optimistic discussions with top administration officials, including Jared Kushner, Mr. Trump’s son-in-law, and Hope Hicks, an aide to Mr. Kushner: “Dr. Birx would roam the halls of the White House, talking to Mr. Kushner, Ms. Hicks and others, sometimes passing out diagrams to bolster her case. ‘We’ve hit our peak,’ she would say, and that message would find its way back to Mr. Trump.”

In a statement, Dr. Atlas denied that he had advocated letting the virus spread until herd immunity was achieved, either to Mr. Trump or other officials in the White House.

“It is not a surprise that Dr. Birx, as the official Task Force Coordinator of the White House Coronavirus Task Force from late February 2020 through Jan. 19, 2021, might want to blame others for the failure of her policies,” Dr. Atlas’s statement said.