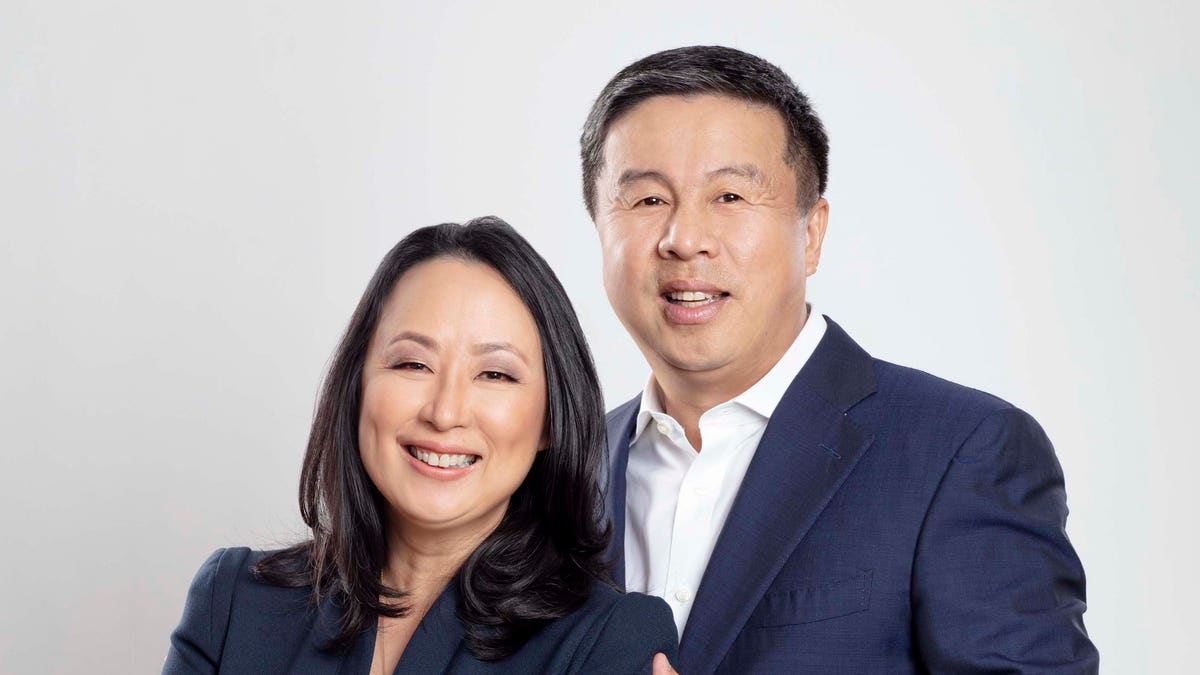 This story is part of Forbes’ coverage of Philippines’ Richest 2021. See the full list here.

Dennis Anthony Uy and his wife Maria Grace, cofounders of Converge ICT Solutions, join the list for the first time with a net worth of $2.8 billion. Their wealth derives primarily from their stake in the fast-growing broadband services provider, which went public last October in one of the country’s largest-ever IPOs, raising $522 million.

Manila-based Converge saw an 84% jump in revenue to 5.5 billion pesos ($110 million) in the first quarter from a year earlier, while net income nearly tripled to 1.5 billion pesos, on a surge in demand during the pandemic. The company’s shares are up over 70% since the IPO, and it now sports a market cap of 233 billion pesos.

Uy, 55, left China at age 11 to live with an uncle in the Philippines. After studying electrical engineering Uy launched a cable TV business before starting telecom company ComClark Network and Technology in 1997.

In 2007, the husband-and-wife duo started Converge, a subsidiary of ComClark (Dennis is CEO of Converge and Maria, a certified public accountant, is president).

In 2019 the Uys secured $250 million in funding from PE firm Warburg Pincus, which helped them expand the company’s fiber network to cover 25% of Filipino households.

The company doubled its subscriber base to over 1 million last year and plans to more than double the reach of its fiber network by 2025.