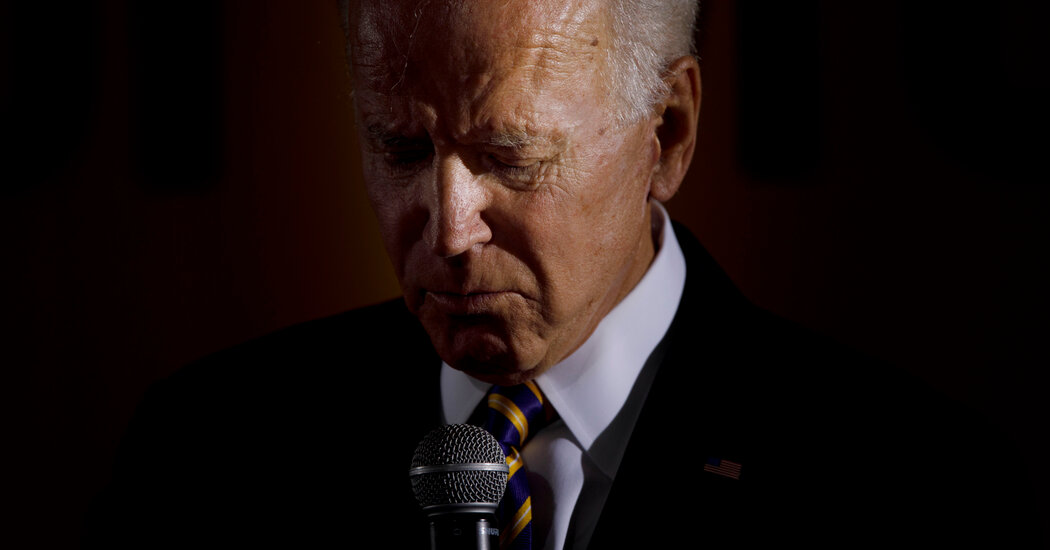 If we were to look farther back in time, to say, the late 19th century, we might find an era that, for all of its indelible foreignness, is closer to ours in terms of the shape and structure of its politics, from its sharp partisan polarization and closely contested national elections to its democratic backsliding and deep anxieties over immigration and demographic change.

We don’t have polling data for President Grover Cleveland. But we do know that he won his victory in the 1884 election by 37 votes in the Electoral College and a half-a-percent in the national popular vote. His successor, Benjamin Harrison, lost the popular vote by a little less than 1 percent and won the Electoral College by 65 votes. Those narrow results suggest, I think, a similarly narrow spread for presidential approval — high floors, low ceilings.

American politics eventually broke out of its late-19th-century equilibrium of high polarization and tightly contested elections. In the 1896 presidential election, William McKinley became the first candidate in decades to win more than 50 percent of the popular vote, beating his Democratic opponent, William Jennings Bryan, by 4.3 percent. He won re-election in 1900 and after his assassination the following year, his successor, Theodore Roosevelt, would win in 1904 by the most lopsided margin since Abraham Lincoln’s 1864 re-election victory.

What changed in American politics to produce more decisive national victories? Well, that’s not a happy story. Suffrage restrictions of immigrants in the North, the rise of Jim Crow in the South, and the success of capital in suppressing labor revolt and setting the terms of political contestation had removed millions of Americans from the electorate by the turn of the 20th century. Political power was concentrated and consolidated in a bourgeois class (mostly) represented by the Republican Party, which, with the exception of Woodrow Wilson’s twin victories in 1912 and 1916, held the White House from 1897 to 1933. It would take another catastrophe, the Great Depression, to change that landscape.

As for the tectonic force that might break our partisan and ideological stalemate? It is impossible to say. Oftentimes in history, things seem stable until, suddenly, they aren’t.

My Tuesday column was on the possibility that Republican resistance to vaccines and other mitigation efforts is akin to a deliberate strategy to undermine President Biden’s standing with the public.

Rather than work with him to vaccinate the country, Biden’s Republican opposition has, with only a few exceptions, done everything in its power to politicize vaccination and make refusal to cooperate a test of partisan loyalty. The party is, for all practical purposes, pro-Covid. If it’s sincere, it is monstrous. And if it’s not, it is an unbelievably cynical and nihilistic strategy. Unfortunately for both Biden and the country, it appears to be working.

My Friday column was on the new Texas abortion ban, the Supreme Court’s “shadow docket” and the threat unrestrained judicial power poses to self-government.

The shadow docket aside, the extent to which political outcomes in America rest on the opaque machinations of a cloistered, nine-member clique is the clearest possible sign that we’ve given too much power to this institution. We can have self-government or we can have rule by judge, but we cannot have both.