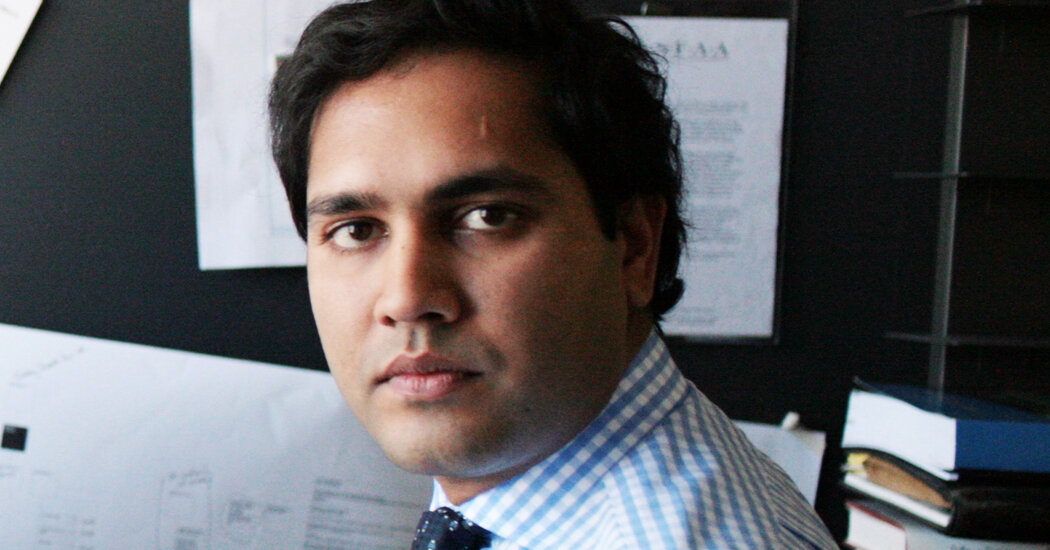 Better.com’s mercurial chief executive, Vishal Garg, faced swift backlash for his decision to fire more than 900 employees on a Zoom call last week. The mortgage lender’s board announced in a memo sent to staff on Friday that Mr. Garg was “taking time off” after the “very regrettable events.”

“I come to you with not great news,” Mr. Garg had said to about 9 percent of his staff, in a recording since shared widely online. “If you’re on this call you are part of the unlucky group that is being laid off. Your employment here is terminated effective immediately.”

Better.com, which is backed by SoftBank, has brought on a third-party firm to assess its leadership and culture, according to a copy of the board’s memo obtained by The New York Times. Several top employees resigned following the firings, two in communications and one in marketing. Better.com did not respond to a request for comment on Friday.

Christian Chapman, 41, a former underwriting trainer at Better.com, said he was used to preparing for company meetings by making sure his children weren’t around, because Mr. Garg tended to use foul language. But last Wednesday, when he received an unexpected invitation to the company call with Mr. Garg, he got a sense of foreboding because the chief executive looked so solemn.

As Mr. Garg impassively delivered the news, Mr. Chapman said his “gut dropped to the floor,” and he tried to message teammates to ask what was happening but his computer access was shut off almost immediately.

“I’ve been through layoffs and usually there’s closure because you talk to H.R., you go to your desk and grab your personal belongings and say goodbyes,” Mr. Chapman said. “There’s no closure here. You’re staring at an empty screen in your house.”

It took about three hours for him to receive a follow-up email, reviewed by The Times, that explained the terms of the termination, Mr. Chapman added. On Thursday, the company increased his termination package from one to two months of pay. He also received a Christmas package containing a trophy, certificate and company T-shirt (which his wife offered to burn).

Mr. Chapman said that the chief executive’s messaging about fired employees “stealing” from the company by working only two hours a day — which the former employee said was contradicted by his team’s recent promotions and raises — had made it challenging for them to apply for new jobs.

Mr. Garg has apologized for his behavior on the Zoom call. In a memo dated Tuesday that was posted on the company’s site, Mr. Garg said he owned the choice to make layoffs but had “blundered” the approach.