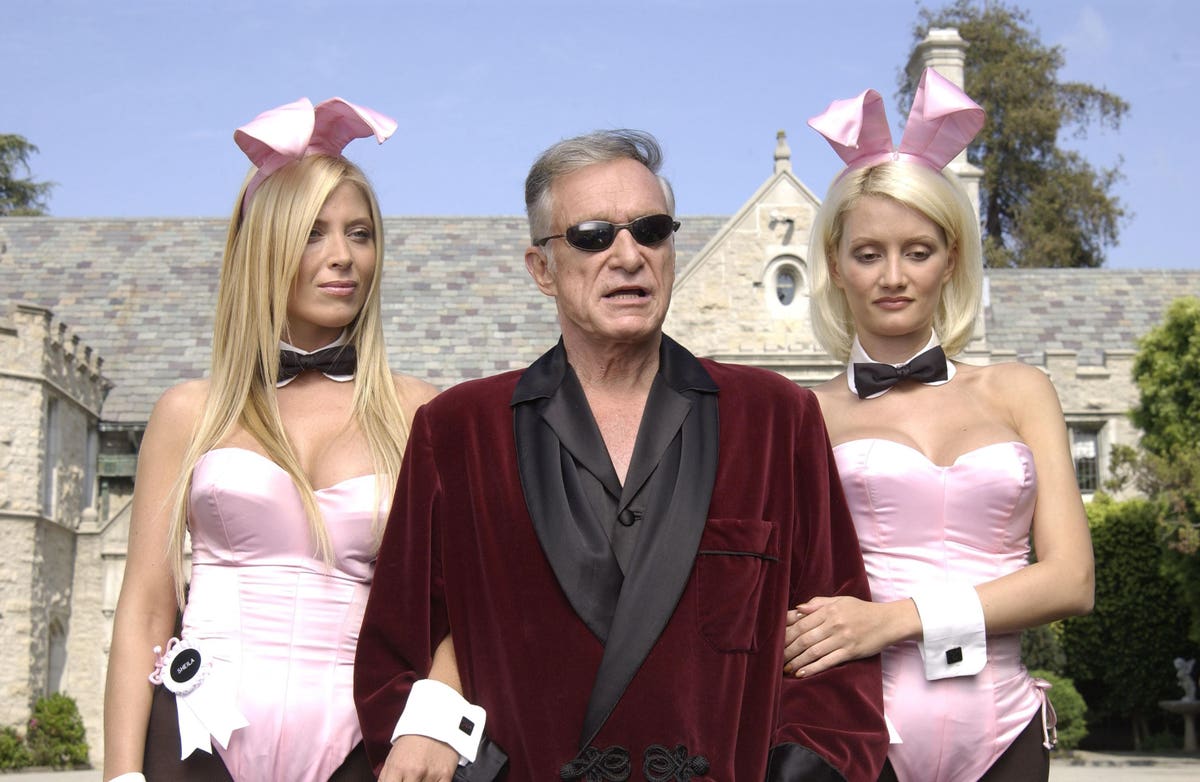 Director Alexandra Dean had just finished working on This is Paris, a documentary about reality star Paris Hilton, when the pandemic hit. As the entire world hunkered in place, Dean found herself thinking over lingering questions from her most recent film.

“I was really interested in how our culture sees women and sexuality, and Paris’ role in all of that with her sex tape,” Dean says. “I kept thinking about what other women we weren’t looking at close enough.”

When Industrial Media’s The Intellectual Property Corporation (IPC) floated the idea of a project about Playboy, the iconic magazine and brand fronted by the late Hugh Hefner, Dean was intrigued.

“I wanted to look into it,” she says. “These are exactly the kind of women who have been overexposed and under-listened to.” She reached out to some sources and began hearing fascinating stories that crossed an entire spectrum of experience with Hef and his brand.

The result is Secrets of Playboy, a new 10-part documentary series debuting tonight on A&E with a two-hour premiere at 9 p.m.

Dean says the documentary may not be what people expect. While she paints a picture of Hefner as far more calculating and callous than the man-about-town image he portrayed to the media, she also heard stories from women whose dealings with Hef weren’t entirely straightforward. She learned how contradictory the Playboy view on women and sex could be.

“I learned that our sexual revolution, which I thought was a liberating moment for women, needs to be looked at more closely,” Dean says. “We were not necessarily liberated the way we think we were. It’s more complicated than that. We need to rethink what freedom really looks like, for men and women alike.”

Dean interviewed dozens of sources for the documentary, culling from her initial list of about 100 people she contacted. Her work explores the harmless pop culture image Hefner cultivated through mid-2000s reality show The Girls Next Door and 2008 film The House Bunny. In those, Hef was portrayed as a scamp, even as his health faltered, and the brand struggled to continue projecting the same image.

But Dean’s documentary tells a more complete story. As Jennifer Saginor, author of Playground: A Childhood Lost Inside the Playboy Mansion, says during an interview in episode one, the only story the media ever got was what Hefner’s public relations agency fed them.

“Hef was a shapeshifter,” says Dean. “He kept reinventing himself for every generation. His PR team was extraordinary at doing that, even when he was no longer really shaping what was sexy or finding the zeitgeist beautiful girl—they still presented it that way, that he was a benign arbiter of beauty. He was a sweet old grandad who enjoyed women, and we bought it.”

Dean hopes that by doing the series, she can shed light on why so few people questioned, at the time, the ethos of the Playboy brand. “I wanted us all to kind of be gobsmacked by all that was going on at the mansion for so long and how no one questioned it. We kind of fetishized it—myself included,” she says. “As a little kid, I thought it looked fun and glam. We all knew crazy stuff was going on, but nobody asked the hard questions till now.”

And perhaps shedding a light on that will help those questions arise earlier the next time. As one former Playmate says in episode one, “I just want a change for women. And for young girls to think twice about what they’re doing. Because there’s always going to be a guy like Hef.”