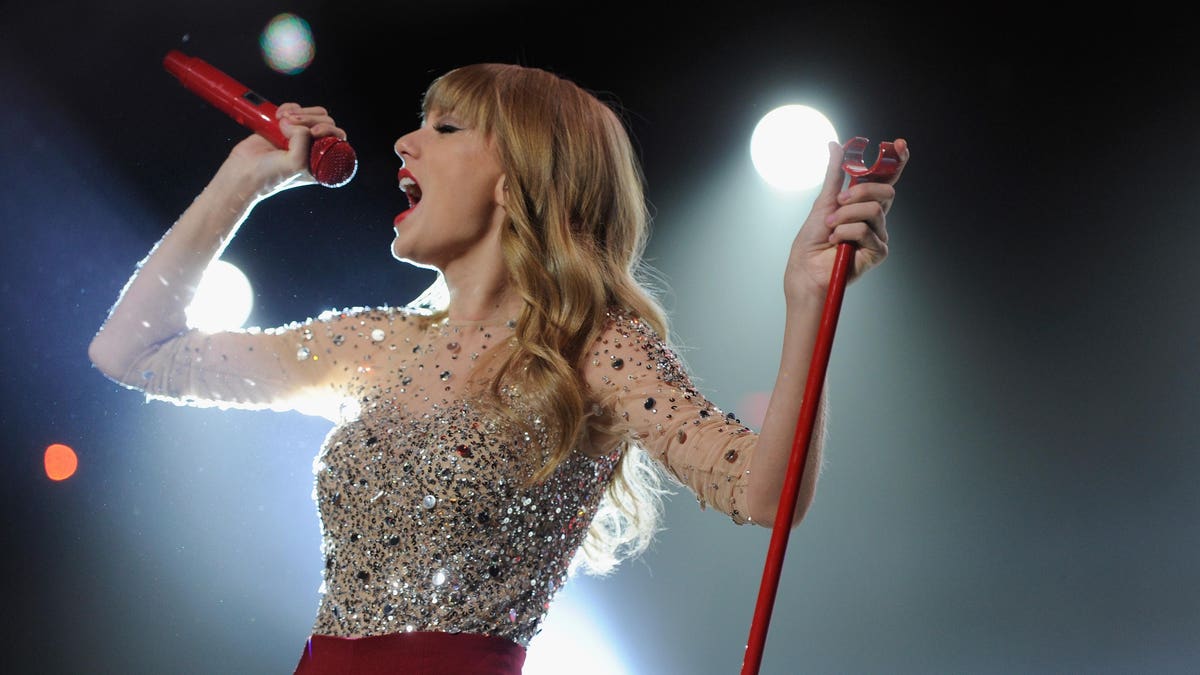 Redemption is looking like a lucrative gamble for Taylor Swift.

The pop star today released fresh recordings of the 16 songs from her 2012 album Red, along with 14 others that did not make it on the original album. It is the second of six releases Swift announced as part of her effort to take back control of her most popular songs.

Red (Taylor’s Version) follows the April release of Fearless (Taylor’s Version), which has sold more than 867,000 album equivalent units and been streamed almost 600 million times to date—more than quadruple the sales of the original Fearless (2008) in the same time frame, according to MRC Data.

“WELL WELL WELL you all really went out and left my greatest expectations in shambles this week,” Swift tweeted on April 16, after the first re-release debuted at No. 1 on the Billboard Hot 100, making it the first chart-topping album of its kind (a re-recorded version of another No. 1 album) to do so. “Honestly?? How?? Did I get this lucky??”

The 31-year-old star, who has a net worth of $550 million according to Forbes estimates, is hoping to repeat that success with the new version of Red, setting the stage for a new catalog of master recordings that will supplant her first six albums, which were acquired by music executive Scooter Braun in 2019 without her permission and later sold to private equity firm Shamrock Holdings for a reported $300 million.

Swift’s strategy is succeeding on two fronts. With Fearless (Taylor’s Version), she breathed life into an album that has plateaued—the 2008 edition sold 592,000 copies in its first week, compared to just 243,000 in all of 2020—and Red, which doubled Fearless’ first-week sales in its debut (1.2 million), has the potential to be even bigger. Within hours, it has already jumped to the top of the U.S. iTunes album chart.

If it is, Swift will further degrade the value of her original recordings, says Larry Mestel, founder and CEO of leading music investment company Primary Wave. “What she’s doing is brilliant and I would have advised her to do the same,” he says.

Even better—thanks to her 2018 deal with Republic Records—Swift is earning far more on new releases than she did on her earlier contract, and as the songwriter with control of the recordings, she has assured command over the use of her songs beyond the albums. The artist’s first re-recorded single, “Love Story (Taylor’s Version),” premiered in a December 2020 ad for the dating app Match, more than two months before it hit streaming services in February. From Red (Taylor’s Version), she produced and directed a 15-minute short film to air on YouTube at 7 pm inspired by the extended, 10-minute version of fan favorite “All Too Well,” starring Sadie Sink and Dylan O’Brien.

“By creating this new body of master recordings, she essentially owns the entire copyright ecosystem of her music,” says Daniel Weisman, veteran artist manager and Vice President of Bernstein Private Wealth Management. “She can exploit that however she wants without getting any permission from anyone else.”