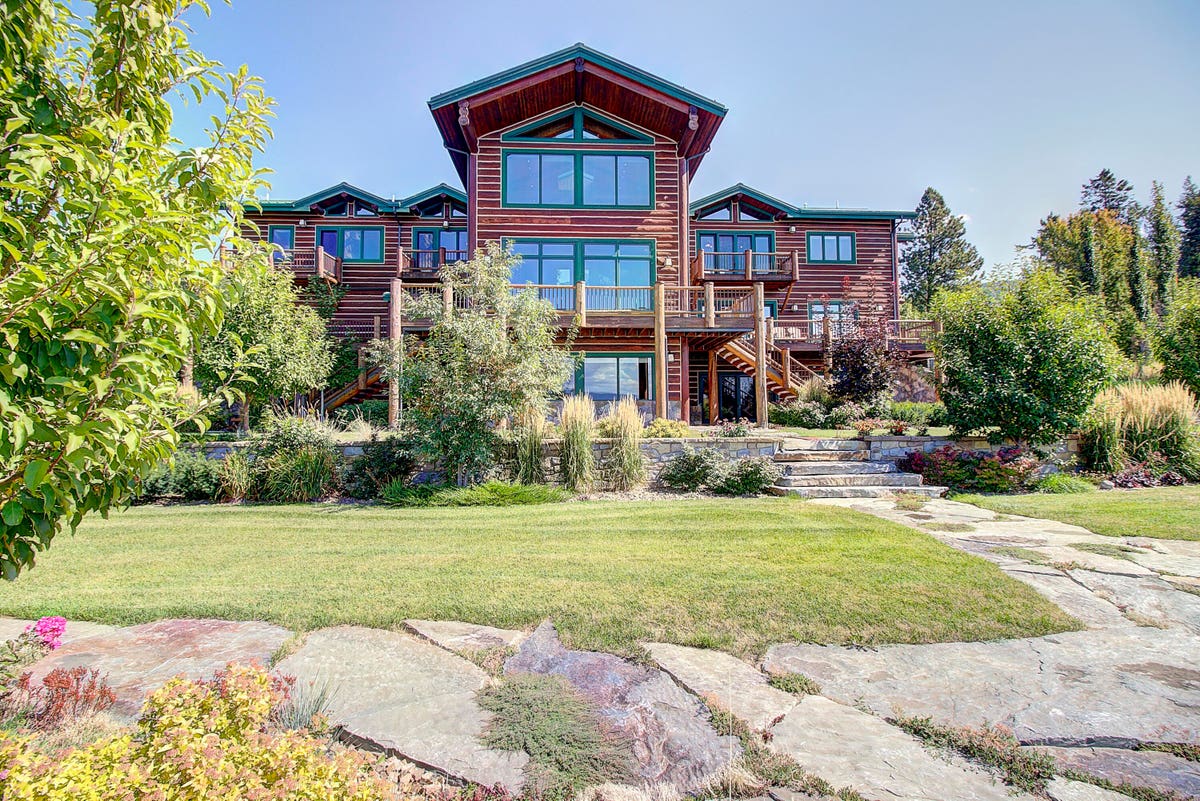 The largest island on northwest Montana’s Flathead Lake, the refuge was used by indigenous people for centuries to house, protect and pasture horses. In the early 1900s, homesteaders cut down many of the trees and introduced non-native plants. The island has been protected as state parkland since 1977.

Five wild horses remain on the island, which is also home to a managed population of big horn sheep, mule deer and the occasional bear. The park, consisting of meadows, grasslands and forests of Ponderosa pine and Douglas fir, is managed as a primitive area and only accessible by boat.

A shoreline compound near Bigfork that overlooks Flathead Lake sits across from the island. Listed at nearly $9 million, the sprawling estate has the feel of a private resort with a log-cabin style main lodge, a guest cabin, a three-bedroom cottage, close to 300 feet of waterfront and two boat docks.

The three-story lodge home has large windows, wrap-around decks and balconies that face the water. Stone steps and landscaped grounds lead down to a lakeside pavilion with a bar, a kitchen and a covered patio.

Designed for entertaining, the 9,218-square-foot home has an expansive paved motor court and a sheltered porte-cochere. Skylights top the apex of the metal roof.

A two-story foyer features chinked log walls, a stone floor and an array of windows. High ceilings continue in the open-plan great room, which has a fireplace set in a stone wall.

The wood and stone kitchen – with a prep island, bar seating and a butler’s pantry – adjoins the living area. Stained-glass windows are inset as cabinet fronts on both sides of the sink.

A game room, a bar, a sauna and four guest suites are among other living spaces in the main house.

The living space in the three homes totals 12,725 square feet including nine bedrooms and 12 bathrooms.

Denise Belt of National Parks Realty is the listing agent for 22743 E. Shore Route, Bigfork, Montana. The asking price is US $8.985 million.

Glacier Park International Airport is about 38 miles from the property.

National Parks Realty is a founding member of Forbes Global Properties, a consumer marketplace and membership network of elite brokerages selling the world’s most luxurious homes.