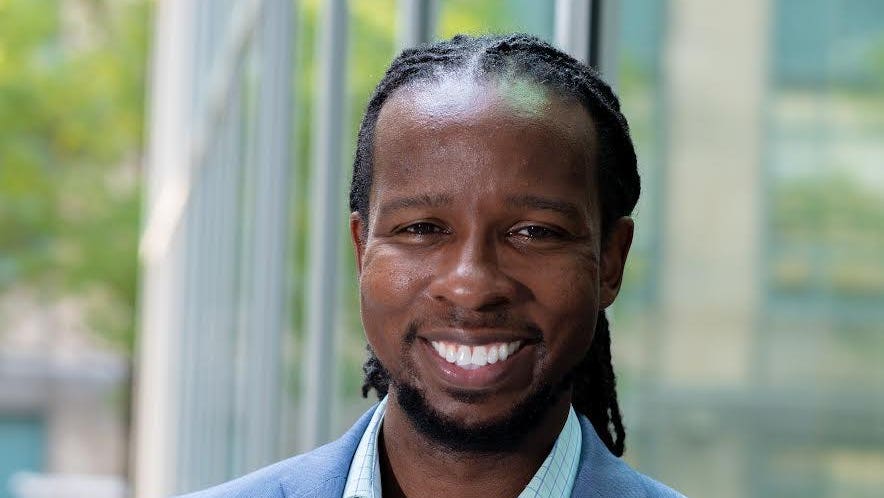 In the summer of 2020 books like So You Want to Talk About Race and How to Be an Antiracist topped the New York Times best-sellers list. Suddenly anti-racism and systemic oppression was at the top of everyone’s mind. Dr. Ibram Kendi, who authored the latter, has explored these topics in depth in his writing. It was recently announced that Dr. Kendi was selected as a 2021 MacArthur Fellow; a prestigious award reserved for individuals “who have shown extraordinary originality and dedication in their creative pursuits.” Previous MacArthur fellows have included Nikole Hannah-Jones and Tressie McMillan Cottom. Dr. Kendi sat down with Forbes to discuss how America can heal its present wounds, the power that we all have to create change, and why a punitive system of justice doesn’t work.

Janice Gassam Asare: So, the racial revolution of 2020 created this sense of white urgency, where white people were trying to educate themselves about anti-black racism and the history of racism, and it seems like the urgency that we saw last June has started to diminish. What motivates you to continue this work when it seems like the public is only interested in anti-racism when there is Black pain, or death, or trauma being displayed in the media?

Ibram Kendi: I think what motivates me is that there are many people of color who are engaged in struggle against racism, who are trying to better understand it so they can better dismantle it. So, I’m always thinking about people of color who, too, sort of come to my work and the work of other writers who are writing about racism.

Asare: Absolutely. I know that this is a question that has been explored in your books, but how do you feel like America can truly start to heal from the ghosts of our racist past?

Kendi: I think the way that America starts to heal is, first and foremost, being honest that there’s something that needs to be healed from…and then also to recognize that any treatment for anything is largely going to be painful. Just as when we go to get surgery or another treatment in the hospital, it’s typically something that’s painful, so the pain can be healing. For people to recognize and not shy away from it and, ultimately, being focused on the outcome of healing, that outcome of equity, that outcome of justice, that outcome of people, who historically have been discarded and degraded, feeling as if they belong.

Asare: I know that many people read your books with good intentions, but as we all know, good intentions don’t necessarily lead to systemic changes or the removal of systemic barriers. So how can people in positions with seemingly little to no power help to create shifts that lead to change? I feel like sometimes people may feel like, ‘well, I’m not in a position to actually advocate for any real change.’ So how do you think folks in these positions can create shifts that lead to change?

Kendi: Well, I think one of the things I try to emphasize in How to Be an Antiracist is the different levels of power. So, it’s certainly, as you stated, the case that there are very few people who are in a policymaking position in which they can have the power to shift policy and really begin the healing that we discussed earlier…I think one of the things that I’ve been trying to encourage people to realize is that we all have the power to resist. We all have the power to join organizations and support organizations that allow everyday people to become powerful through forming community, and as individuals and as organized bodies, we can directly challenge this system of racism. So that’s really the question I’ve been asking people who have, in ways, been disempowered to sort of re-empower themselves to realize that they can challenge the structure of racism and to really ask themselves are they doing enough?

Then when you hold them accountable, that the type of accountability could be a more restorative justice approach as opposed to an approach of canceling engaging, and I think in order to have a restorative justice approach, especially with everyday people, we have to give people the grace to make mistakes, and we have to give people the ability to heal the wounds that they’ve caused and really distinguish between those people who made a mistake and are trying to heal the damage that they brought and those people who are refusing to acknowledge those mistakes.

Asare: A follow-up question that I wanted to ask you is, it kind of goes along with that. It’s really hard to shift from a punitive sort of ideology to a transformative and restorative ideology, especially if you are in a position where you’ve been harmed, or you’ve experienced harm, or you’ve experienced abuse, whether it’s from a friend or family member or a manager. So how do we go about reducing the harm that people from racially marginalized groups, particularly Black folks, [experience]? How do we go about reducing the harm that Black people experience while also repairing the damage that has been done?

Kendi: I think it really goes to as intellectuals and activists, Mariame Kaba talks about this sort of punishment mentality that we have in which when we are hurt or wronged or more so harmed, we’ve been taught that the way we respond to harm is through punishment…it’s deeply individualized meaning we don’t really think about the totality of the conditions that led that person to harm us and presumably harm other people. And typically, the response to that individual to punish them doesn’t actually reduce the greater harm that that person and other people like them are causing on society.

This interview has been lightly edited for clarity and brevity.