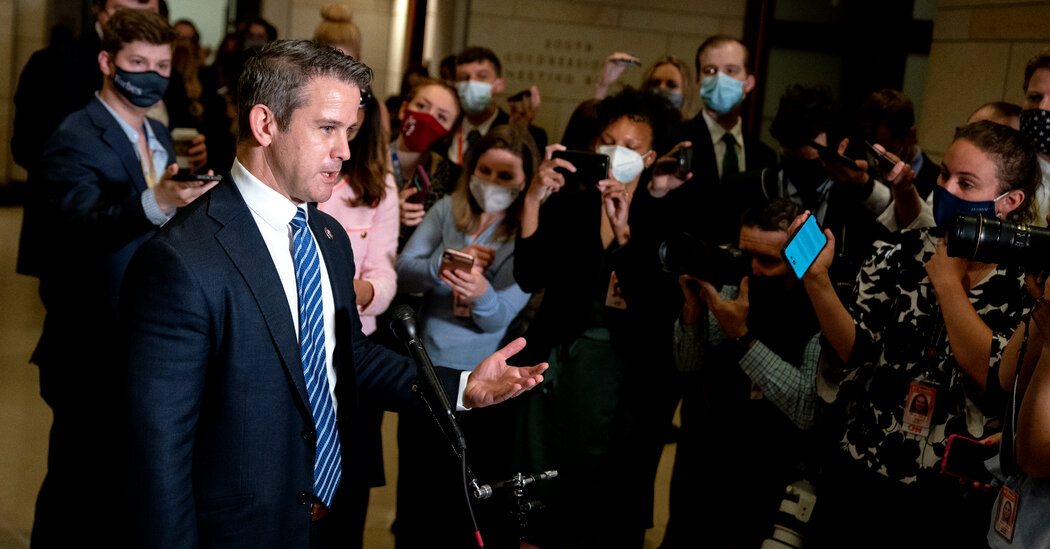 It appears their followers listened.

A vast majority of menacing phone calls to the offices of the 13 House Republicans have been made by voters outside the targeted lawmakers’ districts, according to several congressional aides who described the calls on the condition of anonymity because they were not authorized to comment publicly.

And while Ms. Malliotakis’s Washington office has received a litany of insulting, angry phone calls, a majority of callers to her Staten Island district office have been supportive of her vote, a spokeswoman said. (In an interview with CNN this week, Ms. Malliotakis credited Mr. Trump with laying the groundwork for passage of the bill, noting that the former president had often talked about the need for major public works legislation, but leaving unmentioned how he blew up several attempts to obtain a bipartisan deal on such a measure.)

Animating many of the irate calls, aides said, are various misunderstandings of what is in the infrastructure bill. In citing complaints about it, they say, an overwhelming majority of callers have taken issue with provisions contained in the separate social policy bill that Republicans have uniformly opposed — not the infrastructure bill.

Attempts by congressional aides to explain that the programs being criticized are not actually contained in the infrastructure bill have been shrugged off by the callers, whose main preoccupation appears to be their fury that any Republican had voted for a bill championed by Mr. Biden.

The exchanges have been particularly brutal for the young, low-level staff members who are tasked with processing constituent calls and have been called an array of epithets by angry callers, according to the aides. Such coarse, even violent language from callers has become more common for congressional offices in recent years, but it has been particularly jarring given the subject matter at hand: an infrastructure bill that will spread federal money around the country to repair aging roads, bridges and tunnels and expand high-speed internet access.

The Infrastructure Bill at a Glance

Transportation. The proposal would see tens of billions of dollars in new federal spending going to roads, bridges and transportation programs. Amtrak would see its biggest infusion of money since its inception, and funds would be allocated to programs intended to provide safe commutes for pedestrians.

Climate. Funding would be provided to better prepare the country to face global warming. The Forest Service would get billions of dollars to reduce the effects of wildfires. The bill includes $73 billion to modernize the nation’s electricity grid to allow it to carry renewable energy.

Resources for underserved communities. A new $2 billion grant program is expected to expand transportation projects in rural areas. The bill would also increase support for Native American communities, allotting $216 million to the Bureau of Indian Affairs for climate-resilience and adaptation efforts.

“To only get 13 votes from the House was very sad,” said Representative Peter A. DeFazio, Democrat of Oregon and the chairman of the Transportation and Infrastructure Committee, referring to Republican support for the bill. “But to have those people attacked for doing the right thing for the United States of America and everybody’s constituents?”

The anger could have damaging political consequences for House Republicans, whose ranks include both hard-right lawmakers who demand the total obstruction of Mr. Biden’s agenda and those who are willing to accept bipartisan deals to benefit their constituents.