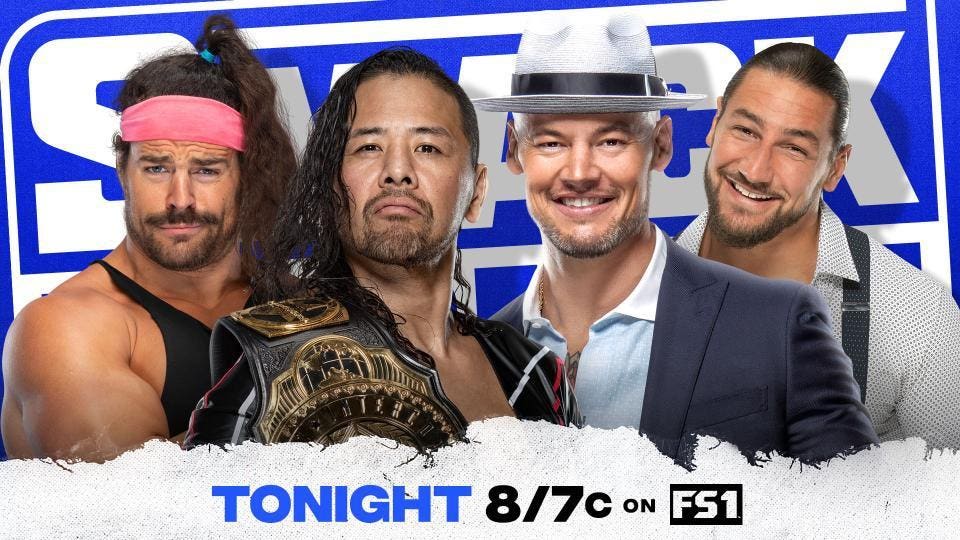 Charlotte Flair kicked off this broadcast with a very self-aware promo against the WWE locker room amid reports that she has been isolated from her peers.

Shotzi Blackheart was immediately over with this crowd despite being featured on television only sporadically. This was a great sign for her character and WWE would be wise to capitalize on it.

WWE had another one of its “championship contender’s” matches where the babyface lost.

Shotzi turning heel at this point in her development with Sasha Banks as a babyface is such a miscast.

Adam Pearce came off as a huge heel in his Zoom promo and was booed vociferously for his hefty fine of Brock Lesnar.

Paul Heyman and Kayla Braxton’s relationship can best be described as a playground crush where Heyman acts like Braxton has cooties but deep inside he likes the publicity.

Poor Mustafa Ali was doomed the second his music hit to answer Drew McIntyre’s open challenges, but at least he got some promo time.

WWE is padding Drew McIntyre’s record before he inevitably loses to Roman Reigns.

King Xavier and Kofi Kingston Face Off with The Usos

The New Day X Hit Row collaboration was everything I hoped it would be and more. They made a great guest appearance in King Xavier’s court.

King Xavier has so much fun with this gimmick and the crowd just laps it up.

For two teams that have been going to war for years, The Usos vs. The New Day suddenly feels fresh.

Just like fans were into the comedy-filled costume main event on AEW Dynamite, WWE fans were very much into this Trick or Street Fight, chanting “we want pumpkins!”

Pat McAfee was the star of this match, even quiting Lil Wayne from “A Milli.”

Dressing up as ghouls isn’t the best start to Garza and Carrillo’s SmackDown careers, but it’s something.

Sonya Deville was the special guest referee for this match, leading to another tainted loss by Naomi. They’re doing a great job building to Naomi finally getting her revenge on Devile.

The New Day def. The Usos

Though this show is being built around Roman Reigns and Drew McIntyre, The New Day, powered by King Xavied, is Right there with them.

The New Day winning this match leads me to believe that not only will the y inevitably challenge for the tag titles, they’ll win them as well.