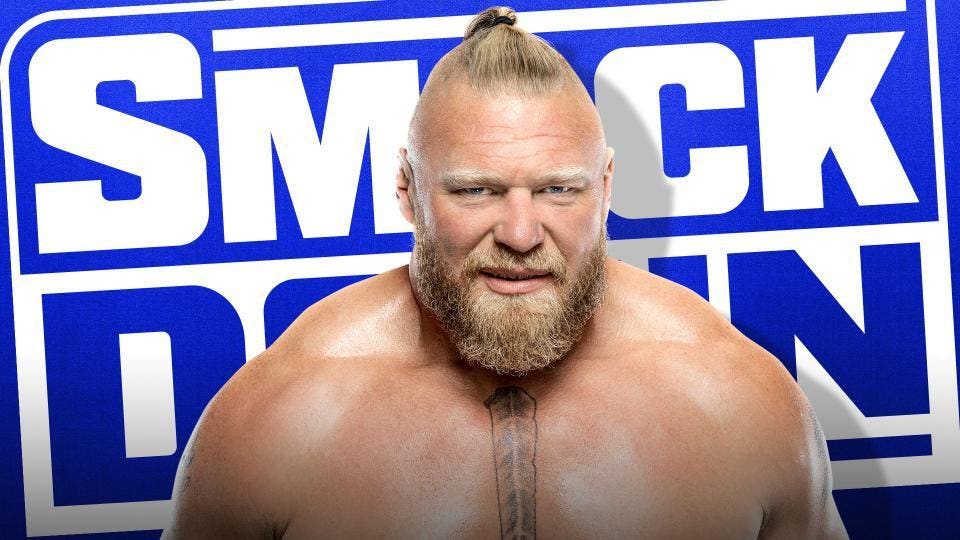 WWE Friday Night SmackDown advertised the return of Brock Lesnar after the former WWE and Universal champion was suspended indefinitely. Lesnar’s assault on WWE official Adam Pearce has led to a heel turn from Pearce, who took disciplinary action against the babyface Beast.

Happy Brock Lesnar may not be as enjoyable as heel Brock Lesnar, but him and Sami Zayn have amazing chemistry.

Brock Lesnar bullied Sami Zayn into challenging for the most important title on SmackDown.

If Roman Reigns vs. Sami Zayn had odds, Zayn might be the biggest underdog in this history of the Universal Championship.

In typical WWE fashion, Shayna Baszler had a golden opportunity to ride the momentum of her “future endeavored kicks” on Nia Jax and Eva Marie, but she was promptly fed to Sasha Banks.

WWE might have wrapped up its feud between Sasha Banks and Shotzi too quickly, because while this was a good match it was a very random pairing.

WWE already seems to be teasing dissension between Happy Corbin and Madcap Moss as Corbin teased Moss about eliminating him last week.

Between Jeff Hardy and Drew McIntyre, I can’t decide who’s more overqualified in a feud with Happy Corbin and Madcap Moss.

WWE and the Viking Raiders really wanted to get this “raid” chant over.

Angel Garza used to make a whole production out of ripping off his tearaway pants. He’d often wait until the match progressed, and as a result, it got over. Now, he unceremoniously tears them off before the bell.

By the end of this quick match, four babyfaces looked foolish after Rick Boogs and Nakamura failed to successfully distract Los Lotharios.

This segment also saw the return of Kofi Kingston as the hand of the king.

This match ended quickly, and I was shocked that it wasn’t quickly turned into a tag team match.

Charlotte Flair said No. 1 doesn’t acknowledge No. 2 just four days after Edge acknowledged “the other show” in a promo on WWE Raw.

Charlotte Flair had to awkwardly wait around while a stage hand scrambled to get the rope, only to walk into a pie in the face from Toni Storm.

At one point, Cesaro told his former tag team partner “you were like a brother to me!” as the two worked this match like a pay-per-view.

After years of doing 10 Beats of the Bodhran as a heel, and allowing fans to count along, Sheamus finally stopped short of 10 to spite them.

I was surprised Sheamus beat Cesaro without any help from Ridge Holland, who was watching backstage.

After getting mauled by Brock Lesnar before a match against Roman Reigns, the last two weeks on Raw and SmackDown have given Sami Zayn more than enough content for that conspiracy documentary he’s been meaning to release.

Though Brock Lesnar sabotaging a Universal Championship main event is still egregious, fans didn’t seem to mind since this was a heel vs. heel match.

After Zayn was massacred by Brock Lesnar, and before the final commercial break, Micael Cole exclaimed that we still have a WWE Universal Championship. What an insult of the viewer’s intelligence.

Poor Zayn didn’t even get to take his jacket off before getting submitted.