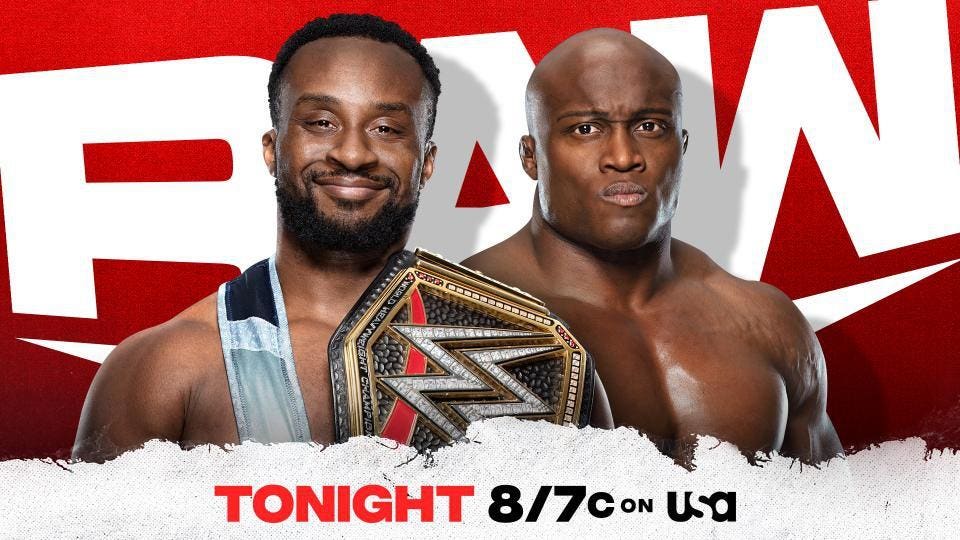 The Hurt Business returned to help Bobby Lashley, and while it makes no storyline sense after Lashley beat them both up, I was so very happy to see them back together.

The steel posts should have been a dead giveaway that there would be a Steel Cage match.

This was basically a squash match to showcase Angel Garza. Though it seems like WWE is going to give up on this tag team any day now, the way they do with most traditional tag teams, when it comes to Garza and Humberto Carrillo—so far, so good.

Reggie vs. Ricochet Ricochet Ends in a No Contest—WWE 24/7 Championship

The 24/7 contenders are referred to as the “24/7 Mob,” which makes them sound even more expendable.

WWE really did a DQ finish to protect two wrestlers in a 24/7 match.

WWE debuted Keith Lee’s “Bearcat” nickname in Cincinnati, where they knew the term “Bearcat” would get a pop. Those shrewd carnies!

I hate Keith Lee’s baggy athletic shorts more than words could ever describe.

Damian Priest took a White Noise to the outside through a table and I have no idea how he didn’t injure his shoulder.

All Sheamus does is have awesome, physical matches.

By the end of this match, both Sheamus and Damian Priest were covered in bruises.

There may be nobody more over than their push than Jeff Hardy.

Any reaction this match had was directly tied to Jeff Hardy.

Mansoor is really coming along as a great high-flying wrestler. Unfortunately, he’s in a gimmick where both he and Ali are booked to lose week after week.

The resurfacing of Jaxson Ryker made me wonder where Elias went and when the new Elias will debut?

WWE continues to try with Karrion Kross, who once again got a backstage promo before this match, but between losing out the gate and having to wear that helmet, the damage has been done.

These Riddle vs AJ Styles matches are starting to feel repetitive, which tells me these two tag teams have been feuding for too long.

Even as redundant as this match was, Styles and Riddle still integrated a few unique and MMA-style spots.

Conspicuous by his absence was Randy Orton, which led to both Omos and Styles laying Riddle out.

This potentially great match was cut well short after Doudrop was distracted by Eva Marie.

Eva Marie was choked out by Shayna Baszler after this segment and Baszler destroyed her arm too. How many women is Shayna Baszler going to write off television?

Goldberg cut a great promo about fatherhood and why he wants revenge on Bobby Lashley, but if he was really that upset about it, should’t he have challenged Lashley weeks ago?

At this pace of WWE hotshot booking, Brock Lesnar will have a Raw match by November.

WWE Raw is really falling in love with having people wrestle twice on the same show.

In a moment of “turnabout is fair play,” Bobby Lashley weakened Big E before the bell rang by attacking him during his entrance.

There was a great spot where Lashley countered a Big Ending from the top rope with a Dragon Sleeper.

If The Hurt Business reunion wasn’t already apparent, they doubled down by interfering in this Steel Cage match as well.

Kofi Kingston’s Trust Fall from the top of the cage took all the trust in the world.

I loved this main event, which deserved much more of a buildup. Perhaps there is some version of The New Day vs. The Hurt Business at Survivor Series.

Drew McIntyre appeared at the end of Raw, reminding everyone (and Big E) that he is eligible to challenge for the WWE Championship now that Lashley is no longer champion.